Phloretin (Ph) existing in apples, pears and various vegetables is known to have antitumor activities in several cancer cell lines. However, little is known about its effect on human lung cancer cells. The aim of the present study was to see whether Ph could induce apoptosis of non-small cell lung cancer (NSCLC) cells, and explore the possible underlying mechanism of action. We found that Ph markedly induced cell apoptosis of NSCLC cell line A549, and inhibited the migration of A549 cells in a dose-dependent manner. The expression level of BAX, cleaved caspase-3 and -9, and degraded form of PARP was increased and Bcl-2 was decreased after Ph treatment. In addition, the phosphorylation of P38 MAPK, ERK1/2 and JNK1/2 was increased in a dose‑dependent manner in parallel with Ph treatment. Inhibition of P38 MAPK and JNK1/2 by specific inhibitors significantly abolished the Ph-induced activation of the caspase-3 and -9. In vivo tumor-suppression assay further indicated that Ph (20 mg/kg) displayed a more significant inhibitory effect on A549 xenografts in tumor growth. All these findings indicate that Ph is able to inhibit NSCLC A549 cell growth by inducing apoptosis through P38 MAPK and JNK1/2 pathways, and therefore may prove to be an adjuvant to the treatment of NSCLC.

Lung cancer is a major cause of morbidity and mortality worldwide and the most common cause of cancer-related death (1). Non-small cell lung cancer (NSCLC) accounts for ~85% of all lung cancers. Although surgical and chemotherapeutic treatments have made great contributions in lung cancer, these methods may induce serious long-term adverse effects. Various natural herbal products have gained increasing attention due to their potential anticancer effects against NSCLC (2,3).

Phloretin (Ph) (2′,4′,6′-trihydroxy-3-(4-hydroxyphenyl)-propiophenone) is a natural polyphenolic compound existing in apples, pears and other plants of the rosaceae family and has been found to have anti-inflammatory and immunosuppressive effects on both lymphoid- and myeloid-derived cell lines (4). Ph has also been shown to have antitumor activities by inducing apoptosis in human leukemia cells, bladder cancer and human colon cancer cells (5–7), and inhibiting the growth, invasiveness and migration of human liver cancer cells (8). However, little is known about its effects on human lung cancer cells.

In the present study, we investigated the possible anticancer effects of Ph on A549 lung adenocarcinoma cells in vitro and in vivo, and discussed the underlying molecular mechanisms. We demonstrated that Ph could inhibit A549 cell proliferation by inducing apoptosis, and that upregulation of JNK, ERK, Bax and P38 MAPK by Ph was associated with the downregulation of Bcl-2 and NF-κB, and the activation of caspase-3 and -9, and P53, suggesting that Ph may be a useful plant product for the treatment of lung cancer.

Human NSCLC A549, H1299 and bronchial epithelial cells (Beas-2b) were from the Institute of Biochemistry and Cell Biology (Shanghai Institutes for Biological Sciences, CAS). Cells were maintained in DMEM supplemented with 10% FBS in a humidified incubator under 5% CO2 at 37°C.

MTT was performed as previously described (9). Cells were cultured into a 96-well plate (1×104/well), stimulated with different concentrations (0, 25, 50, 100 and 200 µM) of Ph in culture medium when the cells were 80–90% confluent. After 48 h Ph of stimulation, the medium was removed and 100 µl MTT was added to each well (0.5 mg/ml final concentration) for further incubation for 4 h. Then the medium was removed, and 100 µl DMSO was added to dissolve the solid formazan for 15 min. The absorbance of each well was read at 570 nm using a microplate reader (Thermo Fisher).

To detect apoptosis in A549 cells after exposure to Ph, the FITC-Annexin V apoptosis detection kit was used to quantify the number of cells in different stages of cell death. Briefly, A549 cells seeded into 6-well plates, and treated with PBS control and Ph (50, 100 and 200 µM) for 48 h. Then, 1×105 cells were re-suspended in 100 µl 1X binding buffer. After addition of FITC-Annexin V and PI (5 µl each), the cell suspension was gently vortexed and incubated for 20 min at room temperature in the dark. After addition of 400 µl 1X binding buffer to each tube, cells were analyzed by flow cytometry (BD Calibur).

To determine the effect of Ph on the cell cycle, A549 cells were seeded into 6-well plates, treated with PBS control and Ph (50, 100 and 200 µM) for 48 h, fixed with 70% ethanol at 4°C for 30 min, and then incubated for another 30 min in the dark, at room temperature with PI buffer [50 mg/ml containing ribonuclease A (50 ng/ml)]. Cell cycle distribution was analyzed for 10,000 collected cells with Aria II flow cytometer (BD Biosciences).

The effect of Ph on migration of A549 cells was further analyzed using Transwell chambers with 8-mm porous membrane (Corning, Corning, NY, USA). Cells were treated with PBS control and different concentrations (10, 20 and 40 µM) of Ph for 24 h, and then loaded into the migration chamber at 1×105. Medium containing 10% FBS was placed in the lower chambers. After allowing cell migration for 6 h, cells were removed from the upper side of the membrane; migratory cells on the lower side of the membrane were fixed with 4% paraformaldehyde for 20 min, and then washed with PBS three times before being stained with crystal violet for another 10 min (11). The number of migratory cells was counted by fluorescence microscopy (magnification, ×100).

Cytotoxic effects of Ph-treated A549 and H1299 cells

Ph-induced cell death in A549 cells

To further compare the cytotoxicity between different concentrations of Ph on A549 cells, cell death assay was performed on Operetta high content analysis system. A549 cells were incubated with PBS control and different concentrations (50, 100 and 200 µM) of Ph for 24 h, and then double stained with Hoechst 33342 (blue indicates the nucleus) and PI (red indicates dead cells). As shown in Fig. 2, Ph significantly increased the cell death rate in a dose-dependent manner, and A549 cells became more curved and thinner with the concentration of Ph increasing.

Ph-induced cell apoptosis in A549 cells

To determine whether the inhibitory effect of Ph on cell viability was associated with the induction of cell apoptosis, A549 cells were treated with different concentrations (0, 50, 100 and 200 µM) of Ph for 24 h. As shown in Fig. 3A, in PBS control group, the percentage of cells in the sub-G1 fraction was low (0.43%), and a significant proportion of cells (20.45%) went into sub-G1 phase when treated with Ph at 200 µM. Apoptotic cells with a lower DNA content should fall into similar sub-G1 region in cell cycle on flow cytometric analysis (10). Cell cycle analysis by flow cytometry showed a dose-dependent increased accumulation of cell population in sub-G1 phase. Annexin V and PI double staining displayed an increased percentage of apoptotic cells and dead cells after Ph treatment for 24 h (Fig. 3B and C). These results suggest that the strong effect of Ph on A549 cells may be due to induction of more apoptosis with the increased concentration.

Effect of Ph on A549 cell migration

Ph induces activation of caspase-3 and -9 in A549 cells

MAPK signaling pathway plays an important role in the action of chemotherapeutic drugs in the regulation of apoptosis (16–18). To see whether MAPKs were involved in Ph-induced apoptosis, we first examined the activation status of JNK, ERK and P38 by western blotting with antibodies specific to the phosphorylated forms of these kinases. As shown in Fig. 6, treatment of cells with (0, 50, 100 and 200 µM) Ph increased the phosphorylated form of JNK, ERK and P38 in a dose-dependent manner, with the total protein levels remaining steady, indicating the activation of JNK, ERK and P38 in A549 cells. In contrast, A549 cells were pretreated with 25 µM SP600125 (a JNK inhibitor), U0126 (an ERK inhibitor) or SB202190 (a P38 inhibitor) for 45 min, treated with 200 µM Ph for another 24 h, and then cleaved caspase-3 and -9 were analyzed by western blotting. SP600125 and SB202190 treatment significantly attenuated Ph-induced caspase-3 and -9 activation, as shown in Fig. 7. These findings suggest that activation of JNK1/2 and P38 MAPK may play a crucial upstream role in Ph-mediated caspase activation in A549 cells.

Antitumor activity of Ph on A549 lung tumor xenografts

To further evaluate the tumor-suppressing effect of Ph in vivo, a model for tumorigenicity of A549 cancer cells in nude mice was established. A549 cells (5×106 cells) were injected s.c. into the female nude mice aged 5 weeks and weighing ~20 g. After three days, 15 mice bearing visible tumors were equally randomized to a PBS control, a low-dose (10 mg/kg) Ph group, and a high-dose (20 mg/kg) Ph group. Ph was dispersed in PBS and administered i.p. every two days for three weeks. After three weeks, mice were sacrificed and tumors were dissected and weighed. Tumor images and mean tumor weight in each group are shown in Fig. 8. As anticipated, the tumor size was decreased significantly in both Ph groups, compared to that in the control group. The mean tumor mass in low- and high-dose Ph groups was ~61 and 38% of that in the control group respectively, indicating that Ph had an inhibitory effect on lung carcinoma xenograft growth in mice.

Lung cancer is the most commonly diagnosed cancer and one of the leading causes of cancer death in males, and was the 4th most commonly diagnosed cancer and the 2nd leading cause of cancer-related death in females in 2008 worldwide. Lung cancer accounted for 13% (1.6 million) of the total cases and 18% (1.4 million) of cancer deaths in 2008 (19,20). How to enhance antitumor function and expand survival in lung cancer patients has been an open question for decades. Apoptosis (programmed cell death), is not only essential to the development and maintenance of homeostasis during cell growth but plays an important role in the prevention of tumor development (21,22). Natural herbal products are currently studied for their antitumor activities including apoptosis induction and antiproliferative activities (23–25). However, their active components and molecular mechanisms of action are not well understood. Ph is a natural phenol existing in apples and a variety of vegetables (26,27). Ph has been previously reported with anticancer effects on breast and hepatocellular cancer and colon cancer cell lines (5,12,28). The present study for the first time demonstrated that Ph induced apoptosis and inhibit migration of NSCLC A549 cells.

During the apoptotic process, pro-apoptotic Bcl-2 members such as BAX redistribute from the cytosol to mitochondria, resulting in increased membrane permeability. Induction of BAX results in a downstream program of mitochondrial dysfunction and activation of caspases. Due to this event, the released mitochondrial cytochrome participates in this process, leading to caspase-9 activation and subsequent activation of caspase-3 (29), thus increasing the cleavage form of PARP and inducing A549 cell apoptosis. It was found in the present study that the expression of BAX and fractured PARP protein was increased, the expression of Bcl-2 was decreased, and caspase-3 and -9 were activated in a dose-dependent manner after Ph treatment. In addition, protein MMP-9 was inhibited after Ph treatment, particularly in the 200 µM group. These findings are consistent with the results of cell apoptosis assay and migration assay in the previous experiments. These results proved that Ph not only induced mitochondrial activation-mediated apoptotic cell death but inhibited migration of A549 cells.

Previous studies have suggested that MAPKs can be induced by various compounds and are involved in cell death in NSCLC A549 cells (30,31). The MAPK family includes three kinase members, including c-Jun NH2-terminal protein kinase/stress activated protein kinases (JNK/SAPKs), P38 MAPK, and extracellular signal-regulated kinase (ERK). Previous results tempted us to ask whether the tumor-suppressing effect of Ph relied on the presence of the P38 MAPK signaling system in A549 cells. To answer this question, we further investigated activation of the MAPK family proteins in Ph-treated A549 cells. The results showed that the phosphorylation of ERK1/2, JNK1/2 and P38 MAPK was increased in Ph-treatment A549 cells in a dose-dependent manner with the total protein level remaining steady. However, treatment with JNK1/2 specific inhibitor (SP600125) or the P38 MAPK specific inhibitor (SB202190) effectively inhibited activation of caspase-3 and caspase-9 induced by Ph, whereas U0126 (an ERK1/2 inhibitor) showed no effect on Ph-induced caspase activation. These findings suggest that activation of JNK1/2 and P38 MAPK plays a critical role in Ph-induced apoptosis in NSCLC A549 cells.

This study was supported by the Key Program of the Shanghai Committee of Science and Technology (no. 12JC1410901) and the National Natural Science Funds of China (no. 81402449). 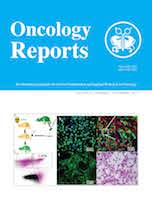