Liver cancer stem cells (LCSCs) are responsible for liver cancer recurrence, metastasis, and drug resistance. Previous studies by the authors demonstrated that upregulated expression of connexin 32 (Cx32) reversed doxorubicin resistance and reduced invasion and metastasis of liver cancer cells. However, the role of Cx32 in expansion of LCSCs remains unclear. A total of 85 patients were enrolled in the present study and followed‑up for 5 years. The expression of Cx32 in hepatocellular carcinoma (HCC) tissues and corresponding paracancerous tissues were detected by immunohistochemistry (IHC). Cx32 was silenced in HepG2 cells and overexpressed in HCCLM3 cells and the stemness of liver cells was examined by detecting the expression of LCSC markers (EpCAM, CD133, Nanog, Oct4, Sox9, c‑Myc), sphere formation, and xenograft tumorigenesis. Finally, the effect of the phosphoinositide 3‑kinase (PI3K)/protein kinase B (Akt) pathway on Cx32‑regulated LCSC expansion was investigated. Cx32 was downregulated in LCSCs and HCC tissues, and predicted poor prognosis in patients with HCC. Overexpression of Cx32 in HCCLM3 cells significantly inhibited LCSC expansion, tumorigenesis, and phosphoinositide 3‑kinase/protein kinase B (PI3K/Akt) pathway activity. By contrast, silencing of Cx32 in HepG2 cells upregulated expansion of LCSCs and PI3K/Akt pathway activity. Modulating the activity of the PI3K/Akt pathway by SC‑79 and LY294002 in HepG2 and HCCLM3 cells, respectively, confirmed that Cx32 could affect the expansion of LCSCs through PI3K/Akt signaling. In conclusion, the present study demonstrated that Cx32 regulated the expansion of LCSCs, and increased expression of Cx32 significantly inhibited the expansion of LCSCs, suggesting that Cx32 may be an optimal target for intervention of HCC. 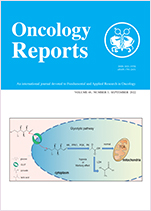