We describe a case of intracranial haemangioendothelioma in a 20-year old female patient who presented severe neurological symptoms and relapsed after two surgical interventions. The patient was treated with low doses of recombinant interferon alpha-2b (1 MUI three times a week) after surgical resection which led to recovery of daily function and work activity. To our knowledge, this is the ninth patient reported with intracranial hemangioendothelioma, but the only one having diffuse and painful bone metastases resolved by treatment with interferon. After 30 months the patient is free from symptoms and recurrence. The effectiveness shown by recombinant interferon alpha-2b against vascular neoplasms prompted us to look for the possible biological basis of such a property. 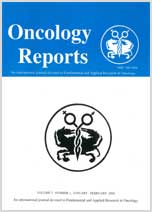