Atherosclerosis is a chronic inflammatory disease related to subendothelial accumulation of the oxidized forms of low-density lipoproteins (LDLs). The mechanisms through which LDLs are oxidized in the system remain controversial. In the present review article, an LDL oxidized by myeloperoxidase is proposed as the most pathophysiological model of LDL oxidation. This would facilitate future studies and may aid in the development of more effective methods with which to elucidate the molecular pathways that are promoted by myeloperoxidase-oxidized LDLs (Mox-LDL) in endothelial cell dysfunction and macrophage activation. This may also aid scientists in the further understanding of the molecular pathobiology of atherosclerosis and in the improvement of treatment methods.

Atherosclerosis is a chronic inflammatory disease involving vascular cells, immune cells and their released cytokines, including interferon-α and chemokine C-C ligand 5 (1-3). The vascular endothelium, which becomes dysfunctional during atherosclerosis, is considered a key factor in the initiation of the disease. This can lead to the subendothelial accumulation of the oxidized forms of low-density lipoproteins (LDLs) and prompt the mechanism of arterial remodeling and the thickening of the arterial wall (4). Among the factors associated with this mechanism, the oxidation of LDLs remains of principal interest to scientists, since it has been demonstrated that macrophages preferably accumulate oxidized LDLs (but not native LDLs) leading to the formation of foam cells and progression of atherosclerotic plaque (5,6).

There is an ongoing debate as regards the mechanisms through which an LDL is oxidized in the system, and the exact mechanisms of LDL modification in vivo remain controversial (7). Similarly, multiple approaches have assisted in deciphering this conundrum more effectively by describing LDL oxidation through metal ions, reactive oxygen species (ROS) and enzymes, such as myeloperoxidase (MPO) (8-12). MPO is an enzyme that belongs to the mammalian peroxidase family and is secreted mainly by neutrophils, monocytes and macrophages, where it contributes to their bactericidal activity by producing ROS (mainly hypochlorous acid). LDL is among the biomolecular targets of MPO, which is currently proposed as a major sponsor for the formation of oxidized LDLs in vivo (13). Multiple clinical studies have also indicated that a solid association exists between serum MPO levels and acute symptoms of coronary artery disease have been found in patients with atherosclerosis (14,15). Furthermore, it has been shown that MPO is highly expressed in atheroma plaques. As regards LDL modification, it appears that hypochlorous acid produced by MPO mainly targets the protein moiety (APOB-100) of LDLs (16). As a result, oxidized LDLs are unable to bind to the LDL receptor; thus, they can be alternatively recognized by scavenger receptors. This will trigger an inflammatory process in the interacting cell, regardless of whether it is a monocyte, a smooth muscle cell, or an endothelial cell (11,17).

Previously, it was reported that LDLs modified by MPO cause dysfunction in several macrophage and endothelial cell models of atherosclerosis. Notably, these effects differ from those in LDLs modified by other systems, namely by the copper metal ion. It has been demonstrated that an MPO-oxidized LDL (Mox-LDL) does not trigger the apoptosis of THP-1 monocytes as opposed to a copper-oxidized LDL (CuOx-LDL), which achieves this by inducing a caspase-dependent programmed cell death pathway (18). The author has also described the same analogy in human umbilical vein endothelial cells (HUVECs), where CuOx-LDLs are known to trigger cell death, which was not observed with Mox-LDLs (19). Similarly, the author demonstrated that Mox-LDLs decrease cell migration, wound healing and tubulogenesis in human umbilical vein endothelial cells, while the opposite has been recently demonstrated using the other model of LDL oxidation in human coronary artery smooth muscle cells (19,20). The treatment of HUVECs with physiological serum concentrations of Mox-LDL was shown to significantly decrease (up to 50%) the ability of the cells to form tubules on Matrigel (19).

The author also previously investigated the in vitro effect of Mox-LDL on endothelial cells angiogenic properties by studying its outcome on the expression of angiogenesis-related genes. It was reported that Mox-LDL decreased endothelial cell motility and tubulogenesis through an increase in the expression of genes that are related to angiogenic mechanisms, namely micro RNA-22 and heme oxygenase 1(19). At the ROS production level, the author observed that Mox-LDLs did not increase ROS production in human aortic endothelial cells possibly via the upregulation of LOX-1 scavenger receptors, which is the case for CuOx-LDLs (21). On that same note, it was previously demonstrated that Mox-LDLs increase ROS production and antioxidant responses in macrophages to a greater extent than with CuOx-LDLs by using different signaling pathways (16). Finally, the author described that Mox-LDLs decrease pericellular fibrinolysis in EA.hy926 endothelial cells, which would increase blood coagulation and thrombus formation in patients with atherosclerosis. The treatment of EA.hy926 endothelial cells with physiological serum concentrations of Mox-LDL was shown to significantly decrease the pro-fibrinolytic capacity of the cells by up to 15% (22).

In summary, several clinical studies (in addition to the ongoing in vitro experiments by the author) support the key role that Mox-LDLs may play in the pathology of atherosclerosis. As indicated, this form of oxidized LDL induces endothelial cell dysfunction and monocyte activation (Fig. 1), and the effects differ compared to those of the other CuOx-LDL model. This may be due to the oxidation process and as the MPO enzyme mainly targets the protein part of the LDL molecule. In vivo, it has been shown that MPO is present in atherosclerotic lesions, as well as in the circulation of patients with cardiovascular complications. Therefore, Mox-LDLs should be considered a more pathophysiological model of LDL oxidation than that involving copper ions. Furthermore, this exact type of modified LDL should now be considered in prospective studies. In the future, a number of challenges remain with regard to deciphering the molecular pathways that are promoted by Mox-LDLs in endothelial cell dysfunction and macrophage activation. This may aid scientists to reveal the cellular pathobiology of this type of oxidized LDL in more detail, which could have a tremendous impact on the understanding of atherosclerosis and may aid scientists to conceive and develop more effective treatment methods.

JD conceived and designed the present review article, and also wrote, edited and revised the manuscript. The author has read and approved the final manuscript. 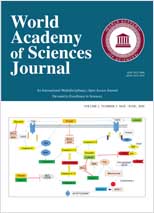