Acute lymphoblastic leukemia (ALL) is a malignant proliferation of lymphoid cells characterized as a heterogeneous disease at demographic, clinical and genetic levels. Copy number alterations (CNAs) are defined as secondary abnormalities subsequently required for the establishment of the leukemic clone. As the risk stratification of ALL is partly based on genetic analysis, different genomic tools are increasingly being used to screen for novel genetic biomarkers. In the present study, through array‑comparative genomic hybridization (aCGH), CNAs in 12 ADAM genes were investigated and their association with clinicopathological features in 16 pediatric ALL cases was evaluated. The most frequent amplification was found in ADAM6 (94%), and deletion was more common in ADAM3A (31%). ADAM3A deletion were associated with male patients (P=0.025), leukocytosis (P=0.007) and high‑risk cases (P=0.004). However, the effects of aberration on ADAM genes still needs to be fully defined in hematological malignancies, particularly in leukemia. The findings of the present study corroborate those of previous studies that suggest that ADAM genes play a role in carcinogenesis.

Acute Lymphoblastic Leukemia (ALL) is characterized by primary and secondary genetic aberrations, which lead the initiation and progression of the leukemic clone (1,2). Primary abnormalities are often chromosomal translocations, whereas secondary abnormalities are usually copy number alterations (CNAs) and point mutations, which may be present in only a subset of leukemic cells (2).

Chromosomal abnormalities are used as biomarkers to provide subtype, outcome and therapeutic response information. The application of genomic tools either in cases with or without an established abnormality revels copy number alterations, which can be used alone or in combination as prognostic information (3).

Initially, the role of a disintegrin and metalloproteases (ADAMs) proteins was limited to the fusion of gametes; however, due to their adhesion properties in intercellular interactions, their involvement in tumor biology has also been suggested (4).

Members of the ADAM family are currently an object of considerable scientific attention, due to their role in numerous signaling pathways associated with carcinogenesis, such as phosphoinositide 3-kinase (PI3K), Notch and transforming growth factor (TGF)-β (5-7). Research concerning ADAMs often focuses on their role in carcinogenesis and as potential targets of novel anticancer therapies (8,9).

The properties of ADAMs mentioned above render them an important object of interest in cancer. Thus, the present study investigated CNAs in 12 different ADAM genes that have been implicated in carcinogenesis and associated their CNA status with the clinicopathological data of ALL pediatric patients. The findings of the present study demonstrate that the deletion of ADAM3A is significantly related to leukocytosis and high-risk cases.

In the present study, 16 ALL pediatric patients (5±3 years old) treated at Octávio Lobo Children's Cancer Hospital were selected for ADAMs copy number investigation by array-comparative genomic hybridization (aCGH). The patients were classified by immunophenotyping and morphology. The phenotypic diagnosis was performed by flow cytometry at Octávio Lobo Children's Cancer Hospital, using peripheral blood and/or bone marrow samples and staining-lyse-wash protocols. The diagnosis for ALL includes an acute leukemia orientation cell line screening test: CyMPO/CD79a/CD45/CD3c; CD19/CD7/CD45/CD34; the following combinations were used to classify B-ALL: CD34/CD20/CD19/CD10; CyIgM/CD13/CD19/CD22; nTdt/CD33/CD19/CD38 and nTdt/CD7/CD3c/CD10; CD8/CD7/CD4/CD3s; CD2/CD1a/CD5/CD7 for T-ALL cases. Gene fusions were investigated through reverse transcription-polymerase chain reaction (RT-PCR). The blood samples were collected prior to cancer treatment between 2017 and 2019 (Table I).

[i] aData obtained by flow cytometry;

The age at diagnosis and white blood cell (WBC) count were the criteria for assigning the prognostic risk of ALL, according to the National Cancer Institute (NCI) (10): i) High-risk, WBC count >50x109 cells/µl, age ≤1 year, or age ≥10 years; and ii) standard risk, WBC count ≤50x109 cells/µl, or between 1 and 10 years of age. Cases with BCR-ABL1 or MLL-AF4 also were assigned to the NCI high-risk group. Written consent forms were obtained from all parents of the patients. The present study was approved by the Octávio Lobo Children's Hospital Ethics Committee (CAAE: 00905812.1.0000.00.18).

Statistical analysis for comparisons of the CNAs between subgroups and pathological features of the patients was performed using the Chi-squared test (two-sided) or Fisher's exact test, as appropriate. The analyses were performed using the PASW Statistics program. P-values <0.05 were considered to indicate statistically significant differences.

All samples exhibited at least one aberration to one of the investigated ADAM genes (Table III). These genes are described in the literature as being associated with the carcinogenesis of numerous types of cancer. For the 12 genes investigated, only ADAM29 exhibited no changes. The most frequent aberrations were amplifications of ADAM6 (94%). Notably, ADAM3A was deleted in 31% of the samples whilst it was amplified in 31%. It is noteworthy that 8 of these gene alterations have not been previously associated with ALL (Table III).

Frequency of alterations in ADAM genes found in childhood ALL samples.

[i] aAlterations that have not been previously described in B-ALL;

The occurrence of gene aberration according to the NCI risk group, sex, age and cytogenetic findings in at least 2 samples is presented in Table IV. Deletions involving ADAM3A were significantly associated with male patients (P=0.025), leukocytosis (P=0.007) and NCI-HR cases (P=0.004). We did not find significant results correlating any other genes (Table IV).

Frequency of specific gene deletion or amplification according to the clinicopathological data in at least 2 ALL samples.

[iii] bP-value derived from comparison between ≤1 year of age vs. >10 years of age;

[v] dP≤0.05, denotes statistically significant differences between groups with and without aberration.

A total of 5 patients (31%) were hyperdiploid. The majority of the detected chromosomal gains corresponded to trisomies, gain of chromosomes X, 6 and 3 were the most frequent. A hypodiploid patient with loss of chromosomes 2, 3, 9, 11, 12, 18, 19 and 20 was also identified (data not shown). However, no significant results were found associating any numerical chromosomal abnormalities.

In the present study, the ADAM genes investigated exhibited a low frequency of CNAs, with the exception of the ADAM6 gene, which was amplified in 94% of the samples and ADAM3A (amplified in 31% and also deleted in 31% of cases) (Table III). This similar frequency between ADAM3A aberrations is probably due the intra- and inter-heterogeneity of malignant cells or the reduced sample size.

The ADAM protein family includes 29 members that are known to play an important role in the regulation of cell adhesion, the activation of oncogenic receptors (Notch and HER2), tumorigenesis, in cell migration and in the production of cytokines and growth factors; however, the specific functions of the majority of ADAM genes are not yet fully understood (11-13).

As regards deletions of ADAM3A, these have been previously identified in high-grade gliomas, cribriform neuroepithelial tumors and extranodal NK/T cell lymphoma of the nasal type (12,14,19). Dun et al (20) found frequent 8p11.23 deletion as secondary genetic abnormalities in cases ETV6-RUNX1-positive leukemia. However, to the best of our knowledge, the present study is the first to describe ADAM3A deletion in leukemia. It is important to note that all samples with ADAM3A deletion investigated herein were negative for the gene fusions ETV6-RUNX1, BCR-ABL1, MLL-AF4 or TCF3-PBX1 (Table I).

Furthermore, deletions on the short arm of chromosome 8 (8p) are common in different tumor types (20-24), suggesting that tumor suppressor genes on 8p are frequently co-deleted reinforcing the functional role of those genes in carcinogenesis (24).

In the present study, the deletion of ADAM3A was associated with high-risk cases (NCI-risk) and leukocytosis. This finding is consistent with the observation that CNAs in 8p11 (both amplification and deletion) are commonly associated with a more aggressive tumor phenotype (24), which is the case for high-risk ALL patients.

Of note, ADAM3A deletion also exhibited an association with male patients. These results indicate a potential sex-specific association between ADAM3A deletion in the study population of the present study. One explanation could be the fact that males are generally more exposed to carcinogenesis than females (25). However, the exact reasons for this apparent sex-specific association and the risk of leukemia cannot be fully explained.

Leukocytosis typically occurs in response to hematological malignancies and inflammation, among others conditions (25,26). Among the mechanisms that connect inflammation to cancer are intrinsic factors, which include acquired genetic alterations affecting oncogenes, tumor suppressors and genome stability genes that contribute to the activation of the inflammatory pathways (26,27). Several molecular and cellular signaling pathways have been identified as links between inflammatory processes and cancer development (27,28).

Moreover, in different types of cancer, the inflammatory process often determines the development of a tumor and has an impact on the course and prognosis of the disease (28,29). Elevated levels of certain metalloproteinases have been reported in some types of inflammatory responses (29,30). ADAM proteins are expressed among others, by human lymphocytes, and they can interact with adhesion proteins located on the surface of other leukocytes (30,31).

The capacity of certain ADAMs to differentiate immunologically competent cells suggests that they play an important role in immunological processes (31,32). Dendritic cells, B cells and monocyte subpopulations also express these proteins, which indicates the important roles of ADAMs in cancer prognosis (4,32,33).

There are few studies available regarding the role of ADAM6 in cancer; however, they demonstrate a potential association in cancer development, similar to the other members of the ADAM family (34-37).

Studies in vitro on different types of tumor cells (6,38-40) have demonstrated that the biological function of ADAM10 can be cell type-specific, that is, depending on the substrate activated by this gene.

Liu and Chang (41) demonstrated that the protease PILP-1-induced death of leukemia cells was mediated through the downregulation of ADAM17 and the subsequent inactivation of Lyn and Akt. Several studies have focused on the importance of ADAM17 upregulation in tumor malignancy (42-44). Thus, based on these studies, the suppression of ADAM17 protein expression may have potential for cancer therapy.

ADAM28 is overexpressed in several cancer types and is related to cell proliferation and lymph node metastasis (45-48). The overexpression of ADAM28 is asscoiated with relapse and is potentially regulated by the PI3K/Akt pathway, suggesting that ADAM28 may be a novel biomarker for evaluating relapse in B-ALL and as a potential therapeutic target in B-ALL patients (49).

In B-CLL culture, ADAM28 knockdown has been shown to decrease the release of CD200 (a membrane glycoprotein of the immunoglobulin superfamily), indicating that ADAM28 plays a role in the shedding of CD200 from B-cell CLL cells (50).

In conclusion, the present study reinforces that aCGH allows the identification of novel genes associated with cancer and emphasizes the need for including the investigation of submicroscopic aberrations as additional markers for risk stratification. Through this technique, recurrent aberrations in ADAM genes were identified in the present study, particularly in ADAM3A and ADAM6, suggesting that these genes may have important functions in carcinogenesis. Thereby, ADAM3A deletion can be related to leukemic process in patients with high-risk characteristics. Although the sample size was limited, the results of the present study should be considered, taking into account that the associations observed were concordant with those of previous studies mentioned above. There is substantial evidence supporting the involvement of ADAMs in cancer formation or progression. Thus, the effects of the aberration on these genes need to be fully defined in hematological malignancies, particularly in leukemia.

The authors acknowledge all patients who participated in the present study, and the Federal University of Pará, Evandro Chagas Institute for providing technical support and Coordination for Enhancement of Higher Education Personnel (CAPES) for fellowship support (Code 001).

The present study was partially funded by the Amazon Foundation for Support of Studies and Research of State of Para (FAPESPA), grant no. PPSUS/2013.

The Octávio Lobo Children's Cancer Hospital Ethics Committee approved the present study (CAAE: 00905812.1.0000.00.18). The parents of the patients provided consent to participate in the study by signing a Consent Form allowing the use of biological samples and clinical data. 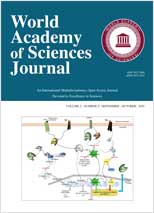