Pain crisis management in a patient with sickle cell disease during SARS‑CoV‑2 infection: A case report and literature review

Patients with sickle cell disease (SCD) are more susceptible to severe coronavirus disease 2019 (COVID‑19) infection, in comparison with the general population, due to the possibility that the inflammatory state, along with hypoxia and hypercoagulability may increase the risk of developing acute SCD‑related complications. The present study reports the case of a 33‑year‑old female affected by SCD, who although vaccinated against COVID‑19, tested positive for SARS‑CoV‑2 and developed febrile pneumonia. During hospitalization, the patient complained about generalized intense pain, along with fever recurrence and increased inflammatory marker, procalcitonin and haemoglobin S levels. The patient was treated with an intravenous analgesic therapeutics cocktail in combination with red blood cell manual exchange procedure and broad‑spectrum antibiotic therapy, achieving the rapid resolution of pain and an improvement in the laboratory test results. From the case presented herein, it is thus suggested that patients with SCD and COVID‑19 infection need to be critically evaluated by clinicians, as such patients may develop severe outcomes, attributed to the overlap of two difficult to treat conditions.

Severe acute respiratory syndrome-coronavirus-2 (SARS-CoV-2) may cause extra-pulmonary illnesses in addition to a broad spectrum of respiratory tract manifestations, ranging from asymptomatic infections to severe pneumonia (1). In terms of severity, patients with additional risk factors, including old age and chronic diseases, are more susceptible to severe coronavirus disease 2019 (COVID-19) infection, as compared to the general population (2).

The SCD pathophysiology consists of endothelial dysfunction, chronic inflammation, chronic anaemia, immunocompromised status and hypercoagulability, all of which have been recognized as risk factors for poorer outcomes in patients with COVID-19. Furthermore, both patients with SCD (as well as those with sickle cell trait) and patients with COVID-19 present with a hypercoagulable state, being at higher risk of developing severe complications and organ dysfunctions (7).

There are only a limited number of reports concerning SARS-CoV-2 infection in patients with SCD. The present study describes the case of a 33-year-old female patient of African descent with SCD, who tested positive for COVID-19 infection and developed a severe painful crisis within 5 days after admission.

A 33-year-old female patient of Senegalese descent was admitted to the Emergency Department of ARNAS Garibaldi Hospital, Catania, Italy, with symptoms of 3 days of fever (up to a temperature of 38.5˚C), fatigue and cough. A nasopharyngeal swab resulted positive for SARS-COV-2 (both the antigenic (Panbio™-COVID-19 Ag test Abbott) and molecular test results (RT-qPCR targeting the E gene, RdRP gene and N gene of SARS-CoV-2).

Her past medical history included SCD, with a history of recurrent pain crisis (last crisis prior to admission was reported 6 months earlier) and previous treatment with hydroxyurea (HU), terminated 1 year prior. The patient did not take any medication at the time of admission and had received a two-dose vaccination against SARS-CoV-2 (BNT162b2 vaccine; BioNTech Pfizer, Inc.). Upon admission, the patient was febrile (temperature, 38˚C); blood pressure was measured at 130/70 mmHg, the pulse rate at 90 bpm, saturation at 97% in room air and the respiratory rate at 16 breaths/min.

Due to the elevations in the levels of inflammatory markers along with procalcitonin levels, in order to rule out bacterial superinfection, antibiotic therapy was empirically switched to meropenem (1 g, three times daily) plus teicoplanin (400 mg/day, after a loading dose of 400 mg two times daily for three administrations). In addition, an analgesic therapeutics cocktail, including diclofenac, tramadol and metoclopramide was administered in continuous infusion. Additionally, with the aid of a haematologist consultant, suspecting a VOC, manual red cell exchange transfusion was performed (venesection of 500 ml of blood and transfusion of two units of packed red blood cells). Blood exchange procedure was performed without adverse events, achieving rapid pain relief.

Antibiotics therapy was terminated after 7 days, due to the resolution of fever along with blood test normalization (CRP, procalcitonin and WBC) and the patient was discharged after having been tested negative to SARS-CoV-2 and addressed to the haematological unit for follow-up.

Several studies have highlighted that patients with chronic comorbidities, such as diabetes, chronic obstructive pulmonary disease and cardiovascular diseases are at an increased risk of developing severe COVID-19 infection (9-11). SCD is a common inherited blood cell disorder, caused by a valine replacement of a single glutamic acid in the sixth residue of the β-globin subunit, resulting in HbS. HbS is an abnormal haemoglobin which, in specific circumstances, including hypoxia and infections, may polymerize, shifting red blood cells into sickle-shaped cells. Sickle cells cause microcirculatory occlusion, leading to tissue ischemia with acute painful episodes and crises, and several long-term complications (3).

Lee et al (5) reviewed the outcomes of patients with COVID-19 with haemoglobinopathy, demonstrating that these patients were more susceptible to severe SARS-CoV-2 infection and disease compared to the general population, highlighting the need for greater caution.

A higher fatality rate in patients with SCD with COVID-19 has also been reported by Minniti et al (12); however, they revealed that the risk of adverse outcomes in these patients may be reduced by anticoagulant therapy. As a matter of fact, SARS-CoV-2 infection, due to the resulting cytokine storm along with the hypercoagulable state, culminates in an increased risk of thromboembolic events in patients with SCD (13-15).

In addition, patients with SCD, due to hyposplenism and vascular compromise, have an impaired immunity, particularly against encapsulated bacteria (including Streptococcus pneumoniae and Neisseria meningitidis), resulting in worse outcomes and often requiring further antibiotic prophylaxis (3). It has been highlighted in previous studies that patients with SCD have a higher prevalence for severe bacterial infections, in comparison with patients without SCD (16). In addition, infections may trigger SCD complications, including VOC (6).

VOC pathophysiology is a multifactorial process, mainly characterized by high plasma viscosity due to a combination of erythrocytes sickling, thrombosis, haemolysis, tissue damage and inflammation. Those features may lead to blood vessel occlusion, causing painful tissue ischemic injuries (6). All VOC characteristics have been also observed in COVID-19 pathophysiology, resulting in ‘synergistic’ damage.

The association between SCD morbidity and respiratory infections had been highlighted during the 2009 H1N1 pandemic (17), when those patients faced both SCD and flu complications, leading to worse outcomes compared to the general population.

The case series study conducted by Chakravorty et al (18) explained the benefits of early hospitalization for patients with SCD with SARS-CoV-2 infection, even in asymptomatic or mild cases, since acute complications appear to occur within 1 week following infection.

There are several different strategies, including pharmacological and non-pharmacological, for the treatment of VOC in patients with SCD, depending on pain intensity, duration and location (18,19). According to Italian guidelines (20), in case of severe pain (VAS score of 9-11) it is recommended to administer an initial analgesic approach, consisting of a continuous intravenous infusion of weak opioid (including codeine or tramadol) along with nonsteroidal anti-inflammatory drugs (e.g., ketorolac) plus adjuvants (e.g., metoclopramide).

For patients with SCD, blood transfusion aims to restore Hb levels in patients with acute anaemia (e.g., transient aplastic anaemia or acute splenic sequestration) and to the rapid reduction of the percentage of HbS, in order to prevent VOCs deterioration, due to further sickle cell formation (19).

Transfusion therapy management during acute events requires the monitoring of both total Hb levels and the percentage of HbS. One of the goals of blood transfusion therapy is to mitigate anaemia symptoms by avoiding hyperviscosity, without exceeding post transfusion a Hb value of 10-11 g/dl. Another goal is to treat or prevent acute events, including VOCs, decreasing the percentage of HbS <40% (19). Exchange transfusions can be performed manually or may be automated according to Hb levels and possible complications are represented by hyperviscosity and iron overload (19).

In the present case report study, the patient developed acute painful VOC after 5 days of admission, probably triggered by SARS-CoV-2 infection, despite being twice vaccinated, demonstrating anaemia, leukocytosis and increasing levels of anti-inflammatory markers and procalcitonin, along with high HbS percentages. As suggested by guidelines and literature evidence (19,20), an analgesic cocktail was administered, along with RBC exchange to achieve prompt pain control. Moreover, due to the presence of fever along with increased CRP and procalcitonin levels, antibiotic therapy was administered, and cultural tests were performed to rule out and treat bacterial superinfections, whereas viral coinfections, including HIV, HBV and HCV, were already excluded according to protocols (21-27). Previous research has highlighted the risk of delaying appropriate management during VOCs in patients with SCD (12).

HU is an oral medication with disease-modifying benefits for the treatment of SCD, preventing the onset and reducing the frequency of SCD-related complications, reducing the need for blood transfusions (28). However, since it requires months to be effective, HU cannot be used during acute episodes (29). Indeed, it has been reported by Mucalo et al (4) that the use of HU by patients with SCD may decrease the risk of pain occurrence during COVID-19 infection. Therefore, the use of HU as a prophylaxis of SCD complications may be a strategy with which to avoid analgesic medication and blood transfusion in patients with SCD with SARS-CoV-2 infection; however, further studies and additional solid evidence are required to be collected.

In conclusion, case described in the present study highlighted the association between SCD-related complications and SARS-CoV-2 infection, which had already been pointed out by other authors (17). Patients with SCD and COVID-19 infection need to be critically evaluated by clinicians, as a result of the worse outcomes predicted for this group. Under the suspicion of the VOC, it is suggested that patients with SCD be managed with analgesic therapy and to be evaluated using RBC exchange therapy.

The authors would like to thank Dr Pietro Leanza, University of Catania, Catania, Italy for assisting with the language revisions.

EC and AM contributed to the conceptualization and design of the study. MC and MG acquired the patient data. FC, VM and CM analysed the data. GN, BMC and BC critically interpreted the data. EC and AM confirm the authenticity of all the raw data. All authors have read and approved the final manuscript.

The patient signed a consent for the publication of personal data and radiological imagines.

Written informed consent was obtained from the patient for the publication of this case report. 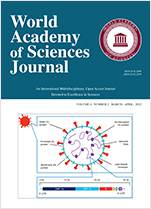