Alzheimer's disease (AD) is an age-related neurodegenerative disease. There are increasing lines of evidence showing that the molecular signaling pathways in aged cells are altered so that cells are susceptible to injury. We and other laboratories have demonstrated the significant involvement of double-stranded RNA-dependent protein kinase (PKR) in β-amyloid (Aβ) peptide neurotoxicity and in AD. Fructus lycii (the fruit of Lycium barbarum) has long been used in oriental medicine as an anti-aging agent. Our previous studies demonstrated that the aqueous extract isolated from L. barbarum exhibited significant protection on cultured neurons against harmful chemical toxins such as Aβ and dithiothreitol. We also showed that the polysaccharide-containing extract (LBP) from L. barbarum exhibited neuroprotective effects in the retina against ocular hypertension in a laser-induced glaucoma animal model. In this study, we aimed to investigate whether LBP can elicit neuroprotection to neurons stressed by Aβ peptides. Furthermore, we planned to isolate and identify the neuroprotective agent from LBP using chromatographic methods. Our results showed that pretreatment of LBP effectively protected neurons against Aβ-induced apoptosis by reducing the activity of both caspase-3 and -2, but not caspase-8 and -9. A new arabinogalactan-protein (LBP-III) was isolated from LBP and attenuated Aβ peptide-activated caspase-3-like activity. LBP-III markedly reduced the phosphorylation of PKR triggered by Aβ peptide. Since the phosphorylation state of PKR increased with age, reduction of its phosphorylation triggered by Aβ peptide may implicate that LBP-III from Fructus lycii is a potential neuroprotective agent in AD. As herbal medicine has received increasing attention for the treatment of AD, our study will open a window for the development of a neuroprotective agent for anti-aging from Chinese medicine. 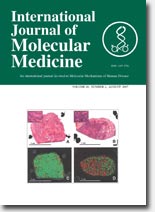