Advanced glycation end products (AGEs) play an important role in the proliferation of vascular smooth muscle cells (VSMCs) and accelerate atherosclerosis in diabetic patients. Autophagy, a life-sustaining process, is stimulated in atherosclerotic plaques by oxidized lipids, inflammation and metabolic stress conditions. In our studies, we utilized MTT assays to show that autophagy is involved in AGE-induced proliferation of VSMCs. Furthermore, treatment with AGEs (100 µg/ml) could induce autophagy in a time- and dose-dependent manner in rat aortic VSMCs. These results were further substantiated by electron microscopy and immunofluorescence imaging. Treatment with AGEs activated ERK, JNK and p38/MAPK, but inhibited Akt. Pretreatment with an ERK inhibitor and an Akt activator inhibited AGE-induced autophagy, demonstrating that AGEs induce autophagy in VSMCs through the ERK and Akt signaling pathways. In addition, RNA interference of RAGE decreased autophagy, indicating that RAGE is pivotal in the process of AGE-induced autophagy. Therefore, AGE-induced autophagy contributes to the process of AGE-induced proliferation of VSMCs, which is related to atherosclerosis in diabetes.

Advanced glycation end products (AGEs) result from the Maillard reaction, which is a non-enzymatic, irreversible process (1). Some studies suggest that AGEs accelerate atherosclerosis in type-2 diabetic patients with coronary heart disease (2,3). In diabetic patients, previous studies have shown that proliferation of vascular smooth muscle cells (VSMCs), a key factor in the development of atherosclerotic lesions, are significantly stimulated by the accumulation of AGEs and their interaction with the receptor for advanced glycation end products (RAGE) (4,5). Activation of RAGE not only accelerates early lesion formation but sustains lesion progression in the diabetic apoE-null mouse model (6,7).

Autophagy is an evolutionarily conserved process involving degradation of long-lived proteins. It is important for balancing sources of energy at critical times (8,9). There are many genes involved in the process of autophagy. Among them, the microtubule-associated protein 1 light chain 3 (LC3) is critical to autophagosome formation. When autophagy is induced, the cytoplasmic form of LC3 (LC3-I) becomes membrane-associated (LC3-II). LC3-II has been used extensively as a marker protein for autophagy (10). In advanced atherosclerotic plaques, autophagy is notably activated by several pathological conditions, such as oxidized lipids, inflammation, oxidative stress and metabolic stress conditions (11–13). However, the relationship between AGEs and autophagy in atherosclerotic plaques is rarely reported. Therefore, we hypothesized that autophagy is a pathological mechanism involved in AGE-accelerated atherosclerosis, especially in AGE-mediated proliferation of VSMCs.

Autophagy involves both the Akt and mitogen activated protein kinase (MAPK) pathways. The ERK pathway, as one of MAPK family members, phosphorylates the Gα-interacting protein to accelerate the rate of GTP hydrolysis to induce autophagy (14). In response to starvation, inflammation and oxidative stress, the PI3K/Akt/mTOR pathway negatively regulates autophagy in VSMCs (15).

The relationship between AGEs and autophagy has not been fully elucidated. To study the underlying mechanisms of AGE-induced autophagy, we examined the activation and the function of autophagy in rat A7R5 VSMCs treated with AGEs.

AGEs were prepared as previously reported (16). Briefly, BSA was incubated with 0.5 M glucose in phosphate-buffered saline (PBS) in the dark for 16 weeks at 37°C. The unincorporated sugars were removed by dialyzing against PBS (pH 7.4). Control nonglycated BSA was incubated in the absence of glucose under the same conditions. Endotoxin levels were checked using an endotoxin testing kit (Chromogenic TAL Endpoint Assay kit, China). The AGE-BSA solutions were confirmed to be endotoxin free (<2.5 U/ml of endotoxin).

Cells were fixed with 4% paraformaldehyde at room temperature for 15 min. After washing with PBS three times, cells were permeabilized with 0.25% Triton X-100 in PBS for 5 min, and then incubated in a blocking buffer containing 10% goat serum, followed by incubation with anti-LC3 antibody (1:200) in PBS containing 10% goat serum overnight at 4°C. After incubating with 0.1% DAPI for 5 min at room temperature and another washing step with PBS, secondary Rhodanmine Red-X labelled antibody (1:100) was applied for 60 min. After washing with PBS, coverslips were transferred onto glass slides. Images were captured on a wide-field fluorescent microscopy (Zeiss).

Ultrastructural analysis was performed to examine autophagy. Rat A7R5 VSMCs were grown in 6-well plates, treated with 100 μg/ml AGEs for 6 h, fixed with a solution containing 3% glutaraldehyde and then sent to Zhejiang University for electron microscopic analysis.

For function-blocking experiments, we used small interfering RNA molecules (siRNA) targeted to RAGE mRNA. RAGE siRNA was purchased from Shanghai GenePharma. The siRNA was designed against RAGE (sense, 5′-GCCGGAAAUUGUGAAUCCUTT-3′; antisense, 5′-AGGA UUCACAAUUUCCGGCTT-3′). The negative control siRNA was non-targeting (sense, 5′-UUCUCCGAACGUGUCACG UTT-3′; antisense, 5′-ACGUGACACGUUCGGAGAATT-3′). Cells were transfected with si-RAGE using Lipofectamine 2000 (Invitrogen, USA) for 48 h according to the manufacturer's instructions. The final concentration of siRNA was 100 pM. The efficacy of RNA interference was determined by Western blotting.

Measurement of proliferation of VSMCs

To assess cell proliferation, rat A7R5 VSMCs were plated in a 96-well plate. After 24 h, the medium was changed, and the cells were incubated with fresh medium containing AGEs (100 μg/ml) or 3-MA (2 mM) for another 48 h. Then, 20 μl of MTT solution (final concentration, 5 mg/ml was added to each well for 4 h at 37°C. The medium was then discarded and 100 μl of DMSO was added to each well. The absorbance was measured at 490 nm.

All data were obtained from at least 3 individual experiments. Values are expressed as the mean ± SEM. Statistical analysis between groups was performed by one-way ANOVA. The statistical significance was set at p<0.05.

To examine the localization of autophagosomes in rat A7R5 VSMCs, we detected the autophagosome-specific protein LC3 (red fluorescence) by immunofluorescence imaging. Cells were treated with 100 μg/ml BSA or AGEs for 6 h. In BSA-treated cells, LC3 was distributed homogeneously in the cytoplasm. In contrast, LC3 was found in dots around the nucleus in cells treated with AGEs (blue fluorescence) (indicated by white arrows in Fig. 1D).

Autophagy is involved in AGE-induced proliferation

The ERK pathway is involved in AGE-induced autophagy

MAPK pathways are important for cells to respond to numerous extracellular signals. To investigate the mechanisms involved in AGE-induced autophagy, we examined the phosphorylation level of various MAPK family proteins (ERK, p38, JNK) in VSMCs by western blotting. Cells were treated with 100 μg/ml AGEs for 0, 7.5, 15, 30, 60 and 120 min. As is shown in Fig. 2, AGEs stimulated phosphorylation of MAPKs (ERK, p38, JNK) in rat A7R5 VSMCs in a time-dependent manner. Phosphorylation peaked at 15–30 min and then declined (Fig. 3A). Pretreating cells with the ERK inhibitor PD98059 (20 μM) for 30 min blocked 90% of ERK activation. The p38 MAPK inhibitor SB203580 (10 μM) and JNK MAPK inhibitor SP600125 (20 μM) also blocked the activation of the corresponding MAPKs (Fig. 3B).

In our experiments, the ERK inhibitor PD98059, but not the p38 inhibitor SB203580 or JNK inhibitor SP600125, suppressed the AGE-induced expression of LC3-II (Fig. 3C). The results indicate that the ERK signal transduction pathway is involved in AGE-induced autophagy.

The Akt/mTOR signaling pathway is involved in AGE-induced autophagy

The Akt/mTOR signaling pathway, which promotes cell growth and survival in response to mitogenic signals, is a major pathway that negatively regulates autophagy. In rat A7R5 VSMCs, phosphorylation of Akt and mTOR decreased 30 min to 2 h after treatment with 100 μg/ml AGEs (Fig. 4A). To examine the role of the Akt/mTOR pathway in AGE-induced autophagy, we used insulin-like growth factor 1 (IGF-1) to activate the Akt pathway (17). We found that rat A7R5 VSMCs pretreated with IGF-1 (200 ng/ml) for 1 h showed a notable increase in Akt phosphorylation (Fig. 4B).

To further demonstrate the importance of RAGE in AGE-induced autophagy, cells were treated with siRNA to RAGE, and the levels of activated ERK, Akt, and LC3-II were detected by western blot analysis using phosphospecific antibodies. Compared to the control (scrambled) siRNA-transfected cells, cells transfected with RAGE siRNA exhibited a 90% reduction in RAGE protein expression (Fig. 5A). In AGE-treated cells, activation of ERK and inhibition of AKT was reversed by RNA interference of RAGE (Fig. 5B). This result indicates that AGEs activate ERKs and suppress Akt via RAGE.

Furthermore, we found that the AGE-induced expression of LC3-II was significantly reduced in cells transfected with RAGE siRNA compared with control transfected cells (Fig. 5C). These data illustrate that RAGE plays an essential role in AGE-induced autophagy in A7R5 VSMCs.

Several recent studies have attempted to elucidate the pathological mechanisms underlying disorders that involve AGEs. AGEs have been shown to induce proliferation and migration of VSMCs, increase generation of reactive oxygen species (22), decrease nitric oxide bioavailability (23) and up-regulate the production of various cytokines or growth factors (24,25), such as TNF-α, PDGF and VCAM-1. However, there is no direct evidence for a relationship between AGEs and autophagy. In our study, we found the expression of the autophagosome specific isoform LC3-II protein was enhanced in a time- and dose-dependent manner in cells treated with AGEs. In addition, we observed autophagic vacuoles in AGE-treated cells by transmission electron microscopy. Our results demonstrate that AGEs could induce autophagy, suggesting a novel, pathobiological function for AGEs in diabetes.

Autophagy has been recognized as a cellular defense mechanism that is used to remove protein aggregates and damaged organelles (26). The autophagic vacuole, or autophagosome, contains portions of the cytoplasm and organelles and is surrounded by multiple membrane layers. In the fibrous caps of atherosclerotic plaques, autophagic vacuoles have been detected by electron microscopy in VSMCs (27). However, it is still not clear whether autophagy is beneficial or detrimental in atherosclerotic plaques. In this study, the autophagy inhibitor, 3-MA, could attenuate the effects of AGE-induced proliferation of VSMCs. This result indicates that AGE-induced autophagy is involved in AGE-stimulated proliferation of VSMCs. This may provide a new therapeutic strategy for preventing atherosclerosis in diabetic patients.

RAGE is a major receptor for AGEs. The binding of AGEs to RAGE leads to activation of cell signaling pathways, such as the MAPK, p21ras, NF-κB, and JAK/Stat pathways (28,29). We found that AGEs induced phosphorylation of ERK, JNK, and p38 and inhibited phosphorylation of Akt. Furthermore, autophagy in A7R5 VSMCs treated with AGEs was reduced when cells were pretreated with the ERK inhibitor PD98059 but not by SB203580 or SP600125. Activation of the Akt pathway using IGF-1 inhibited AGE-induced autophagy. These results imply that the ERK and Akt pathways have opposing functions in AGE-induced autophagy: the ERK pathway positively regulates autophagy whereas the Akt pathway negatively regulates autophagy. However, since we could not exclude the possibility that other signaling pathways participate in autophagy, further investigation is needed. We also found that RNAi of RAGE in VSMCs inhibited AGE-induced ERK and LC3-II activity and recovered Akt activity. These findings further underscore the importance of the interaction between AGEs and RAGE in AGE-induced autophagy.

In summary, our studies demonstrate that AGEs could induce proliferation of VSMCs through mechanisms involving regulation of autophagy through the ERK and Akt signaling pathways. This suggests that regulating the AGEs-RAGE-autophagy pathway can attenuate proliferation of VSMCs and therefore may reduce the development of atherosclerosis in diabetic patients. Further studies are needed to dissect the relationship between AGEs and autophagy in animal models and to explore possible drug-targeting methods to regulate this pathway.

This work was supported by grants from the Administration of Traditional Chinese Medicine of Zhejiang Province (2008CA062, P.L. Lu) and the National Natural Science Foundation of China (81100159, D.W. Lai). The research was performed in the Biomedical Research Center, Sir Run Run Shaw Hospital, Zhejiang University school of Medicine, Hangzhou. 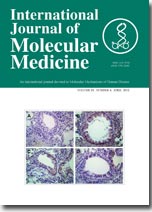