MSCs were first derived from bone marrow and are characterized by their self-renewal ability and their capacity to develop into a variety of mesenchymal tissues (2–4). The expansion of human bone marrow-derived MSCs (BM-MSCs) in vitro and their subsequent autoimplantation may be used for stem cell therapy without the risk of rejection by the immune system. BM-MSCs differentiate into OBs, chondrocytes and adipocytes (5) and are therefore considered the main source of bone regeneration and remodeling during homeostasis (6–9). Much of this process depends on the ability of MSCs to proliferate and differentiate under the influence of biologically active molecules (i.e., growth factors) (10–13). The role of growth factors in bone repair is widely recognized, particularly for platelet-derived growth factor (PDGF), insulin-like growth factor-I (IGF-I), vascular endothelial growth factor (VEGF) and transforming growth factor-β (TGF-β), all of which are inducers, particularly in osteoprogenitor cells (14). These growth factors are usually stored in the ECM; however, following injury, they are actively released by the ECM, cells and platelets.

TGF-β is one of the most abundant growth factors in the bone matrix (15) and regulates osteoblastic differentiation in a variety of ways, such as by stimulating the proliferation and development of early OBs, although it inhibits their maturation and mineralization (16). TGF-β is released from the bone surface and recruits MSCs to bone-resorptive sites, where they undergo differentiation into mature OBs, thus coupling bone resorption with bone formation (17). TGF-β activates intracellular effectors, such as mitogen-activated protein kinases (MAPKs) and Sma- and Mad-related proteins (Smads) (18–20). There are at least three distinctly regulated groups of MAPKs: extracellular signal-related kinases (ERKs), Jun N-terminal kinases (JNKs) and p38 MAPKs (p38). The activation of the ERK pathway mediates the differentiation of BM-MSCs and that of the pre-adipocyte cell line, 3T3 L1, into mature adipocytes. It also regulates the proliferation and differentiation of bone cells and BM-MSCs during osteogenic differentiation (21). JNK and p38 are activated in human and mouse OBs to regulate bone resorption (22,23).

PDGF is a polypeptide growth factor secreted from cytokine-laden granules of aggregated platelets early after tissue injury (24,25). PDGF is mainly produced by platelets and has been implicated in the repair of tissue damage, such as fractures (26). PDGF consists of A, B, C and D isoforms, and forms homo or hetero dimers, such as PDGF-AA or PDGF-AB (26). PDGF-BB exhibits the strongest activity of these isoforms (26) and has been approved by the US Food and Drug Administration (FDA) for the treatment of patients with bone defects in oral and maxillofacial regions (27–30). However, the specific molecular mechanisms by which PDGF regulates the activity of multiple cell types to control tissue development are not yet fully understood. Much of the research in this area has focused on the role of PDGF in controlling the vascularization of nascent tissue, forming within the wound site (31). PDGF indirectly regulates bone regeneration by increasing the expression of angiogenic molecules, such as VEGF (32), hepatocyte growth factor (33) and that of the proinflammatory cytokine, interleukin-6 (34); VEGF is a particularly important molecule in bone regeneration (35). In general, PDGF binding leads to autophosphorylation on multiple tyrosine residues, thereby activating several downstream cascades, such as ERK belonging to MAPKs, phosphoinositide-3-kinase (PI3K)/Akt, Janus kinase (JAK) and signal transducer and activator of transcription (STAT) pathways (36,37). Osteogenic progenitor cells respond to PDGF ligand-binding by the activation of Src tyrosine kinases (38–40) and of the Akt protein kinase and Grb2-mediated ERK-signaling (40). Consequently, PDGF increases the pool of osteogenic cells at the injury site, acting as a chemotactic agent and mitogen (41).

Recombinant human TGF-β and PDGF, as well as the MAPK/ERK kinase (MEK) inhibitor, U0126, and the PI3K inhibitor, LY294002, were purchased from Calbiochem (La Jolla, CA, USA).

The UE7T-13 cells were cultured in 24-well plastic culture plates or Osteologic™ discs (BD Biosciences, Franklin Lakes, NJ, USA) (a proprietary hydroxyapatite substitute for bone mineral) containing BODM supplemented with TGF-β and/or PDGF for 1 week. The surface of the Osteologic cell culture disc is coated with calcium phosphate. The cells were then stained with ALP using the TRAP/ALP staining kit (Wako Pure Chemical Industries, Ltd., Osaka, Japan) according to the manufacturer’s instructions.

Data are presented as the means ± standard deviation (SD). Statistical analysis was performed by using the Student’s t-test, and values of p<0.05 were considered to indicate statistically significant differences.

PDGF is mainly produced by platelets and has tissue repair functions, such as fracture repair (26). In addition, PDGF is a chemoattractant or mitogen of osteogenic mesenchymal cells (41), and does not seem to directly affect the osteogenic differentiation of MSCs. As shown in Fig. 1B, PDGF alone did not induce ECM mineralization in the UE7T-13 cells; however, PDGF markedly enhanced the TGF-β-induced ECM mineralization.

IBSP expression is restricted to mineralized connective tissues (62). IBSP is a phosphorylated, sulfated glycoprotein that represents one of the major non-collagenous ECM proteins associated with mineralized tissues (63–65). A high expression of IBSP coincides with de novo bone formation (62). IBSP is primarily expressed by mature OBs and osteoclasts, as well as by hypertrophic chondrocytes (66). We previously reported that OB-like SaOS-2 cells have an increased expression of IBSP on titanium surfaces coated with hydroxyapatite (67). Thus, the expression of IBSP is a useful indicator of osteogenic differentiation. IBSP expression occurs at the middle-to-late-stages of osteogenic differentiation of undifferentiated mesenchymal cells (68). In our study, IBSP mRNA expression was detected only in cultures containing both TGF-β and PDGF, but was not detected in the cultures containing TGF-β or PDGF alone (Fig. 2E). The bone surface is comprised of hydroxyapatite, a calcium phosphate mineral, on which MSCs differentiate into OBs; this of course differs significantly from a polystyrene culture dish surface. Therefore, we examined the osteogenic response of hMSCs to TGF-β and/or PDGF in cultures grown on Osteologic discs, a proprietary hydroxyapatite substitute. As shown in Fig. 3C, TGF-β alone markedly induced IBSP mRNA expression in the UE7T-13 cells cultured on Osteologic culture discs. In addition, PDGF clearly enhanced the TGF-β-induced IBSP mRNA expression, whereas PDGF alone had no effect on IBSP in this culture system. ALP staining and qRT-PCR revealed that PDGF clearly enhanced the TGF-β-induced upregulation of ALP protein and ALPL mRNA expression; PDGF alone had no effect (Fig. 3A and B). Thus, the Osteologic culture system demonstrated that TGF-β is superior to PDGF in the osteogenic differentiation of hMSCs. The supportive effect of PDGF seems to occur during the early stage (for ALPL induction) to late stage (for IBSP induction) of osteogenic differentiation.

Thus, it can be concluded that PDGF-stimulated PI3K/Akt-mediated signaling enhances the TGF-β-induced osteogenic differentiation of hMSCs in a MEK/ERK-dependent manner. The combination of PDGF-activated PI3K/Akt and TGF-β-activated MEK mediates osteogenic differentiation which is important for optimizing the potential therapeutic use of hMSCs for bone formation. Our findings provide insight into the establishment of novel therapeutic methods for bone formation by hMSCs. 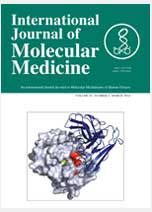