The optimal follow-up strategy after completion of therapy for melanoma is not known. We evaluated the effect of TNM stage on the self-reported surveillance strategies employed by practicing plastic surgeons caring for otherwise healthy patients subjected to potentially curative treatment for cutaneous melanoma. Hypothetical patient profiles and a detailed questionnaire based on these profiles were mailed to a random sample (N=3,032) of the 4,320 members of the American Society of Plastic and Reconstructive Surgeons. The effect of TNM stage on the surveillance strategies chosen was analyzed by repeated-measures ANOVA. There were 1,142 responses to the 3,032 surveys; 395 were evaluable. Plastic surgeons often do not provide postoperative follow-up themselves; this was the most frequent reason for non-evaluability. Surveillance of patients after resection of melanoma relies most heavily on office visits, chest X-ray, CBC, and liver function tests. All other surveillance modalities are used infrequently. Most respondents modify their surveillance practices slightly according to the patient's initial TNM stage. Most commonly used modalities are employed significantly more frequently with increasing TNM stage. This effect persists through ten years of follow-up, but the differences across stages are tiny. We conclude that most plastic surgeons performing surveillance after potentially curative surgery in otherwise healthy patients with melanoma use similar follow-up strategies for patients of all TNM stages. These data permit the rational design of a controlled clinical trial of high-intensity vs. low-intensity follow-up. 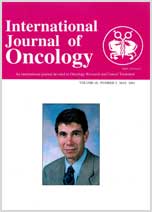