Numerous dietary phytochemicals have shown anti-breast carcinogenic activities when tested in vitro; however, in most cases, the demonstrated efficacy of individual phytochemicals requires doses not readily achievable in vivo. Therefore, whether diets might exert translational promises and benefits in clinical settings and prevention of breast cancer remain unclear. Since cancer cells are endowed with complex, redundant, converging and diverging pathways spanning both the genetic and metabolic networks that are not merely replicates of those in normal cells, it is of interest to test whether a multicomponent approach involving lower, physiologically relevant doses of natural dietary agents may be developed as a chemopreventive strategy for breast cancer. Herein, we investigated, using the estrogen receptor-positive MCF-7 breast cancer cells as a model, whether the combination of epigallocatechin gallate (EGCG), resveratrol and γ-tocotrienol at suboptimal doses elicits synergism in suppressing cell proliferation, modulating gene expression, and increasing antioxidant activity, as compared to each of the three phytochemicals added alone. The results showed that there was a ≈33, 50 and 58% inhibition of cell proliferation by ≥50 µM EGCG, ≥25 µM resveratrol and ≥10 µM γ-tocotrienol, respectively, added as a single agent. When a suboptimal dose (10 µM) of each phytochemical was used, a significant additive effect in suppression of cell proliferation was observed with the combination of resveratrol and γ-tocotrienol whereas the three phytochemicals added together did not produce more pronounced inhibition of cell proliferation. A significant additive effect in reducing cyclin D1 and bcl-2 expression was found when γ-tocotrienol was added with either EGCG or resveratrol. Functional synergism among the three phytochemicals was only observed in the induction of quinone reductase NQO1. These results suggest that diet-based protection against breast cancer may partly derive from synergy amongst dietary phytochemicals directed against specific molecular targets in responsive breast cancer cells, and provide support for the feasibility of the development of a diet-based combinatorial approach in the prevention and treatment of breast cancer. 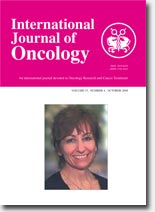