Lung cancer has become the most common malignant tumor and the major cause of cancer deaths worldwide. The overall 5-years survival rate for lung cancer is only 15% (1). The largest gain in life expectancy in lung cancer patients has been among those with localized disease versus those with regional or distant metastasis. However, due to the asymptomatic nature of the early disease and the lack of effective screening methods, only 19% of lung cancers are localized at the time of diagnosis (2). Although there has been significant progress in diagnostic tools at clinics including CT (computed tomography) scans, bronchoscopy and sputum analysis, none of these turns out to be an effective tool in early diagnosis of lung cancer. How to establish a methodology to identify the high-risk individuals for lung cancer remains to be investigated.

Cancer has long been recognized as a multi-step process which involves not only genetic changes conferring growth advantage but also factors which disrupt regulation of growth and differentiation. It is possible that some of these factors could be identified and their functions evaluated with the aid of autoantibodies arising during tumorigenesis. The heterogeneity in the molecular pathogenesis of human cancers must be taken into account in both the design and interpretation of studies to identify makers which will be useful for early diagnosis of cancer. Many studies have demonstrated that the cancer cells can generate a unique set of antigenic change which can be recognized by the immune system of patients themselves. These antigens are called tumor-associated antigens (TAAs), whose abnormal regulation or excessive expressed are closely related to tumorigenesis (3). The appearance of circulating autoantibodies against these TAAs is one of the important ways which are manifested by cancer patient’s immune system (4,5). These anti-TAA autoantibodies can magnify the signal when the tumor antigen expression is very low even when it is not able to be detected, suggesting that these autoantibodies may be reporters identifying aberrant cellular mechanisms in tumorigenesis and also served as immunodiagnostic markers for cancer detection, especially because of the general absence of these antoantibodies in normal individuals and non-cancer conditions. For example, autoantibodies to TAAs such as p53 and p16 were detected in 10–20% of most type of cancer patients (6,7), while autoantibodies to p62 were 21% positive in patients with hepatocellular carcinoma (8). Due to the fact that these autoantibodies do not exist or appear with a very low titer in the serum samples of healthy people, therefore, the autoantibodies may become potential biomarkers in the diagnosis of certain type of cancer.

Insulin-like growth factor-binding protein-2 (IGFBP-2) is one member of the insulin-like growth factor family (IGFs), and recently reported to be a tumor-associated antigen (9). IGFBP-2 is overexpressed in a majority of malignant tumors, including glioma (10) and colorectal (11,12), prostate (13), ovarian (14) and breast cancers (15). Although overexpressed IGFBP-2 is associated with increased tumor stages and grades (12), relapse, metastasis (14) and prognosis (16) in advanced cancers, it is less satisfactory in diagnosing early cancers. A recently published paper (17) first demonstrated that serum anti-IGFBP-2 antibody was significantly elevated in gliomas and colorectal carcinoma, suggesting that the detection of circulating anti-IGFBP-2 antibody may be a potential approach in diagnosing early cancers. In the current study, we aimed to evaluate whether serum IGFBP-2 and anti-IGFBP-2 antibody can be used as biomarkers in detection of lung cancer.

Blood samples (n=294) were prospectively collected from consented individuals under an Institutional Ethics Committee-approved study from the First Hospital of Xi’an Jiaotong University for patients with lung cancer (n=190; 55 lung cancers stage I–II and 135 lung cancers stage III–IV), from 2011 to 2012. In addition, 9 patients also consented to a follow-up evaluation of anti-IGFBP-2 antibodies. Sera from six patients with lung cancer were collected after surgery and chemotherapy, and sera from three patients were also collected after each cycle of chemotherapy. As control, sera from patients with benign lung disease such as phthisis, pneumonia and hamartoma (n=33) were obtained from individuals from the same hospital who were having annual health examinations and had no evidence of malignancy (n=71, see Table I).

Plates were blocked with 5% bovine serum albumin (BSA) in phosphate-buffered saline (PBS), 50 μl per well, for 2 h at room temperature, washed four times with PBST (0.1% Tween-20 in PBS), and then incubated with diluted (1/5) serum in 1% BSA/PBS, 50 μl/well, for 2 h at room temperature with gentle shaking. Plates were washed 4 times again and 50 μl per well of goat anti-human IgG-HRP (Invitrogen Ltd, Paisley, UK) diluted 1:30,000 in 1% BSA was added and incubated for 1 h at room temperature. Following four washes, 100 μl per well of tetramethylbenzidine (TMB) was added, reaction was stopped by adding 100 μl 2M sulphuric acid (H2SO4). Plates were then read at 450 nm. The optical density (OD) of each serum dilution was calculated as the OD of the protein-coated wells minus the OD of the buffer-coated wells. The concentration of serum anti-IGFBP-2 antibody was calculated based on the standard curve on each plate.

Serum IGFBP-2 was measured with commercially available IGFBP-2 ELISA kits (RapidBio Laboratory, Calabasas, CA) following the manufacturer’s instructions. The concentrations of the IGFBP-2 standards for building a standard curve were 62.5, 125, 250, 500, 1,000 and 2,000 ng/ml. Serum was serially diluted.

In order to determine whether concentration of anti-IGFBP-2 antibodies would change with the clinical treatment, a follow-up study has been performed. In the current study, 6 patients were observed, and serum samples were collected from these patients at 3–4 weeks after tumor resection, and for some patients samples were also collected after 1–2 cycles of postoperative chemotherapy. Data from three patients with chemotherapy instead of surgical resection were also analyzed (Table III).

Characteristics of patients for follow-up.

In the follow-up observation of three patients who underwent chemotherapy, levels of anti-IGFBP-2 antibodies were elevated in all of the 3 patients (100%) at diagnosis, levels decreased in 2 patients (66.7%) after 1 cycle chemotherapy, and slightly elevated in one patient whose disease progressed at that time. For patient no. 41, who developed a liver metastasis after 2 cycles of chemotherapy of vinorelbine and cisplatin, the antibody levels were also decreased when the disease progressed (Fig. 5A).

Previous studies have indicated that IGFBPs are modulators of IGF signaling through sequestration of IGFs. Soluble and membrane-associated IGFBP-2 directly binds to proteoglycans and integrins (18,19), suggesting that IGFBP-2 may be a negative or positive regulator of cell adhesion, migration, and invasion in an IGF-independent manner (20–24). In the same way, IGFBP-2 positively or negatively regulates cell growth and survival in certain types of cancers in both of in vitro and in vivo studies (20–22,25,26). Thus, increased IGFBP-2 confers advantage or disadvantage for tumor growth, depending on cell type and physiological conditions.

Despite these two opposite effects of IGFBP-2 on the biological behavior of cancers, studies on biochemistry and molecular pathology have demonstrated that IGFBP-2 is over-expressed in a wide variety of human malignancies, including lung cancer, glioma, prostate cancer, colorectal cancer, ovarian cancer, adrenocortical tumor, breast cancer and leukemia. Importantly, IGFBP-2 is frequently overexpressed in advanced cancers, suggesting that it may be involved in the metastatic process. Serum IGFBP-2 can be used for prediction of chemotherapy response and prognosis in ovarian cancer and acute lymphoblastic leukemia (27). Some other studies have also demonstrated that IGFBP-2 can be considered as a regulator of phosphatidylinositol 3-kinase (PI3K)/Akt/PTEN to promote tumor progression (19,21,28) and also as a p53 target (29). Grimberg et al(29) have reported that loss of IGFBP-2 can inhibit the ability of p53 to further activate extracellular signal-regulated kinase (ERK)1 by IGF-I. Migita et al(30) also found that intracellular IGFBP-2 regulates caspase-3 expression and contributes to the inhibitory effect on apoptosis independent of IGF in lung adenocarcinoma. Therefore, IGFBP-2 may offer a novel therapeutic target and serve as an anti-apoptotic biomarker for lung adenocarcinoma.

As mentioned above, the autoantibodies against TAAs can be used as reporters in identifying aberrant cellular mechanisms in tumorigenesis and also served as immunodiagnostic markers for cancer detection. Our results provide the first evidence that the serum levels of anti-IGFBP-2 antibodies in patients with lung cancer are higher than that of patients with benign lung diseases and normal controls. The majority of patients with lung cancer present with advanced disease because there are no symptoms at the early stage. Although CEA, CYFRA21-1 and NSE are commonly used markers in lung cancer diagnosis, none of these markers is optimal. The finding in this study may provide a potential marker of anti-IGFBP-2 antibody in diagnosing lung cancer. The sensitivity of the assay was 73.2% and the specificity 60.6% with the cutoff value of 1,264.306 ng/ml, which is better than CEA, CYFRA21-1 and NSE in lung cancer detection.

A recently published paper demonstrated that serum anti-IGFBP-2 antibody levels were significantly elevated in early cancer compared to advanced cancers in gliomas and colorectal carcinoma (17). Interestingly, our study suggested different results in lung cancer, indicating a different immunogenicity of IGFBP-2 in patients with lung cancer compared to patients with gliomas and colorectal carcinoma. It may be related to the microenvironment of the various tumors (31) and immunosuppressive mechanisms induced by tumor cells (32) and also a different role of TAAs in tumor development.

Due to the high specificity of the autoantibodies to TAAs in cancer, anti-TAA antibodies have been generally considered as reliable biomarkers in cancer. At the cut-offs of 1,264.306 and 2,029.312 ng/ml of anti-IGFBP-2 antibodies, the specificity for lung cancer were 60.6 and 89.5%, respectively. It is well known that if only one anti-TAA antibody is used as tumor marker, the sensitivity is about 10–20%. As described above, IGFBP-2 is frequently overexpressed in advanced cancers and can be used for prediction of chemotherapy response and prognosis in some malignancy. When serum IGFBP-2 and anti-IGFBP-2 antibodies were detected simultaneously, the sensitivity of the assay was raised to 85.7%, and the specificity was 57.5% indicating that use of both serum IGFBP2 and anti-IGFBP-2 antibody can increase the diagnostic efficacy in lung cancer.

The weakness of the study is that the healthy controls did not receive a bronchoscopy, possibly leading to misclassification of the study subjects, and there was also the relatively small sample size, especially for patients with benign lung diseases. Further studies with larger sample size from different type of cancer will be performed to confirm and validate whether anti-IGFBP-2 antibodies can be also used as a diagnostic marker in other type of cancer.

We thank Huixun Ren at Xi’an Jiaotong University School of Medicine for his help. The study was supported by the Clinical Innovation Funds of The First Affiliated Hospital of XJTU (grant no. 11ZD05). 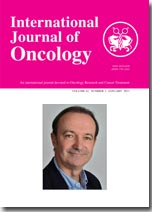