We conducted a phase III multicenter randomized trial to compare the efficacy of the combination of liposome encapsulated doxorubicin (Myocet©) plus either cyclophosphamide (MC) or vinorelbine (MV). Since July 2006, 233 patients affected with metastatic breast cancer were randomized to receive the combination of Myocet (M) 60 mg/m2 i.v. plus cyclophosphamide (C) 600 mg/m2 on Day 1 of a 21‑day cycle (Arm A) or Myocet (M) at 50 mg/m2 plus vinorelbine (V) 25 mg/m2 i.v. on Day 1 and V 60 mg/m2 orally on Day 8 on a 21‑day cycle (Arm B). The primary endpoints of the study was time to progression (TTP); secondary endpoints were RR, toxicity and OS. Response was observed in 53/116 (45.7%) evaluable patients of Arm A vs. 51/112 (45.5%) of Arm B, respectively (P=NS). Median TTP was 41 weeks (95% CI, 32‑51) and 34 weeks (95% CI, 26‑39), for M/C and M/V, respectively (P=0.0234). The difference in median OS was not statistically significant (131 vs. 122 weeks; P=0.107). With regard to toxicity, patients treated with MV showed a slight increase of neutropenia and constipation, as compared to those treated with MC. No clinical signs of cardiotoxicity were observed. The MC combination remains as an unbeaten ʻstandardʼ in first line treatment of MBC.

Metastatic breast cancer (MBC) is a chronic and incurable disease, with a median survival of approximately 2–3 years. Although advances have been made in the management of MBC, long-term survivors are rare, with 5-year survival rates varying from 5 to 10% (1,2).

Conventional anthracyclines are among the most widely used agents to treat breast cancer in the adjuvant setting, as well as in metastatic disease (3). In phase II trials the response rate to anthracyclines in patients naïve to chemotherapy is about 50%, however, the clinical use of anthracyclines is limited by dose-related cardiotoxicity, which becomes more relevant with increasing cumulative dose (4–6). The mechanism of anthracycline related cardiotoxicity involves the formation of free radicals that cause lipid perossidation leading to a dose-dependent cardiomyopathy and to congestive heart failure (7–9). Cardiotoxicity can appear during treatment, at the end of therapy, or even years after the end of anthracycline therapy (10). Moreover, doxorubicin associated cardiotoxicity is often unpredictable, because it can happen at lower dose than expected. It was recently reported that this may be related to a genetic predisposition in patients carrying selected polymorphism of the NAD(P)H oxidase and doxorubicin efflux transporters (11).

Vinorelbine is a semi-synthetic vinca alkaloid, with leukopenia and constipation as the dose limiting toxicities. Phase II studies have shown a response rate ranging from 35 to 50% for vinorelbine as first line chemotherapy for metastatic breast cancer (21–23).

This multicenter randomized phase III trial was designed to compare the efficacy and tolerability of the regimen MV vs. MC. Secondary end-points were ORR, safety and OS.

The principal aim of the study was to assess a difference in time to progression (TTP) between M/C (Arm A) and M/V (Arm B). With the use of a one-sided log-rank test with a type I error of 0.1, we determined that 133 events (disease progression or death from any cause) would be required for an 80% power to detect an expected minimum difference of 2.5 months in PFS between the two arms in favor of vinorelbine containing arm. With a 1:1 randomization of assignment to study groups and considering a total duration of the study of 60 months (48 months of accrual and 12 months of follow-up), we estimated that we would need to enroll 220 patients to observe 133 events.

Characteristics of the patients.

Response rate in per-protocol evaluable patients according to dominant site of disease.

Results with regard to prognostic factors.

Therapy was generally well tolerated in both groups (Table IV). Myelosuppression was the most frequent and severe adverse side effect on both arms, and was the most common cause of dose reduction and delay. Still, dose reductions and delays were not common: median duration of cycles was 21 days on both arms, and patients achieved 90% of the planned dose intensity. Grade 3 or 4 thrombocytopenia was observed in 2% of the MC vs. 3% of MV patients. Grade 3–4 neutropenia, however, was significantly lower in the MC arm: 16% of MC patients as compared to 32% of MV patients (P=0.008). G-CSF was administered in 35% of MV cycles vs. 19% of MC cycles. Eight patients (7%) on the MC arm compared with 18 patients (16%) on the MV arm developed neutropenic fever requiring IV antibiotics and/or hospitalization. Additionally, fewer RBC transfusions were required with MC (5 transfusions to 3 patients) relative to MV (10 transfusions to 7 patients). The incidence of all grade mucositis/stomatitis was comparable in both arms although a slight increase in percent of grade 3–4 mucositis was observed in MV arm (8 vs. 3%). With regard to gastrointestinal toxicity, incidence of grade 3–4 diarrhea was negligible in both arms (1%). However, grade 1–2 diarrhea was more frequent on MV as compared to MC (11 vs. 3%; P=0.042). Conversely, constipation was significantly higher on MV arm (16 vs. 4%; P=0.003), with 7% of grade 3–4.

With regard to cardiotoxicity, overall 17/233 (7%) patients after 6–8 cycles of either arm, developed a decrease of LVEF below 50%, or showed >15% decline of LVEF below basal examination, without any clinical sign of or symptom. Most of these patients (75%) were previously treated with anthracyclines. All patients recovered after appropriate treatment. The median dose of non-pegylated liposomal doxorubicin administered was 420 mg (range 120–660). No patient developed palmar-plantar erythrodisesthesia which is a common side effect with pegylated liposomal doxorubicin. Moreover, we observed only one treatment related death in Arm B, because of sepsis.

Doxorubicin is a mainstay in the treatment of breast cancer. In fact, this drug is generally included in the treatment of early as well as of advanced/metastatic disease. However, the most important drawback in its use is the development of cardiotoxicity, which is fatal in more than 5% of the patients when cumulative dose of 450 mg2 is reached (4–6). This risk is particularly high when patients with advanced disease have been already treated with anthracyclines as a component of their adjuvant treatment of early disease. Thus, doxorubicin cardiac toxicity can limit patient ability to receive further potentially active therapy, in particular when the tumor is responding to the current treatment including anthracyclines.

With this regard, considerable research has been undertaken to reduce the potential cardiotoxicity of this drug. Drugs having potential protective effect as dexrazoxane (24,25) or the administration of doxorubicin as continuous infusion (26), have been proposed as tools able to reduce risk of hearth damage, but none has been considered really effective. Non-pegylated liposomal doxorubicin (Myocet©) is a unique formulation of doxorubicin, able to alter the tissue distribution of this doxorubicin. Pharmacokinetic studies have demonstrated that doxorubicin in Myocet is bioavailable, metabolized and excreted in a manner similar to that of conventional doxorubicin, but in a slower rate sparing myocardial cells. Moreover, a number of clinical studies (18–20) have demonstrated comparable activity and lesser toxicity of Myocet vs. conventional doxorubicin. In addition, data from a phase III randomized controlled clinical trial, comparing Myocet plus cyclophosphamide (MC) vs. adriamycin plus cyclophosphamide (AC) in advanced breast cancer, demonstrated that Myocet significantly reduced the cumulative cardiac toxicity, while providing comparable antitumor efficacy. In fact, in this study which enrolled 296 patients, an objective response of 43% was observed in both arms, with a significant reduction of cardiotoxicity (6 vs. 21%; P=0.0002) in favor of MC patients (20). A further phase III study (19) randomized 160 patients to receive cyclophosphamide 600 mg/m2 plus either epirubicin 75 mg/m2 or liposomal doxorubicin 75 mg/m2. No significant differences were observed in the rate of asymptomatic reduction in LVEF (11 vs. 10%). In this study, no patient developed clinical heart failure. In 2010, the Cochrane Library reported a systematic review of the different anthracycline compounds and their cardiotoxicity (27). Studies by Harris et al (18) and Batist et al (20) were analyzed together, and authors concluded that non-pegylated liposomal anthracyclines did reduce the overall risk of cardiotoxicity (RR=0.38, P<0.0001) and the risk of clinical heart failure (RR=0.20, P=0.02).

The aim of the present study was to compare the efficacy of the regimen Myocet plus vinorelbine (MV) vs. the standard MC in a population mostly pretreated with anthracyclines as adjuvant treatment. Secondary end-points of the study were ORR, safety and OS.

The rationale of the choice of the association of Myocet and vinorelbine as comparator of the standard Myocet-cyclophosphamide was the synergism observed in breast cancer cell lines between doxorubicin and vinorelbine (28). In cell lines, an increased p38 activity was demonstrated following vinorelbine, with unchanged mitogen-activated protein kinase (MAPK) activity and p53 expression. On the other hand, doxorubicin treatment resulted in increased p53 expression, without changes in MAPK or p38 activity. This different mechanism of action may result in increased cell apoptosis in vitro as well as in vivo. Nevertheless, the first randomized trial of the combination of doxorubicin plus vinorelbine vs. doxorubicin alone, reported disappointing results (29) with no difference in response rate as well as in overall survival between doxorubicin alone and the combination with vinorelbine. However, following this study, Pawlicki et al (30) reported an objective response rate of nearly 80%, in 38 chemotherapy naïve metastatic breast cancer treated with doxorubicin plus vinorelbine, and Lorvidhaya et al showed an overall response of 67% in 27 patients (31) with this combination. In addition, few years later, a Scandinavian group reported the results of a phase III study of 387 patients who were randomly assigned to receive IV epirubicin 90 mg/m2 on Day 1 plus vinorelbine 25 mg/m2 on Days 1 and 8 or epirubicin alone at dosage of 90 mg/m2 IV on Day 1 (32). Both regimens were given every 3 weeks for a maximum of 1 year but discontinued prematurely in the event of progressive disease or severe toxicity. In addition, epirubicin was discontinued at a cumulative dose of 1000 mg/m2 (950 mg/m2 from June 1999). It is noteworthy that prior anthracycline-based adjuvant chemotherapy and prior chemotherapy for metastatic breast cancer was not allowed. Overall response rates to vinorelbine and epirubicin, and epirubicin alone, were 50 and 42%, respectively (P=0.15). The complete response rate was significantly superior in the combination arm (17 vs. 10%; P=0.048) as was median duration of progression-free survival (10.1 vs. 8.2 months; P=0.019). Median survival was similar in the two arms (19.1 vs. 18.0 months; P=0.50). Leukopenia related complications, stomatitis and peripheral neuropathy were more common in the combination arm. The incidences of cardiotoxicity and constipation were similar in both arms. The Authors concluded that addition of vinorelbine to epirubicin conferred a significant advantage in terms of complete response rate and progression-free survival, but not in terms of survival.

The results of the present study demonstrate that the combination of Myocet plus cyclophosphamide had a significantly longer TTP compared to Myocet plus vinorelbine while the two combinations showed similar response rate and overall survival. Also safety of the two combination was comparable, except for a higher incidence of leukopenia and neurotoxicity in MV arm.

In conclusion, the combination of Myocet plus cyclophosphamide showed a good profile of efficacy and safety in a population with previous exposure to anthracyclines in the early phase of the disease and remains an unbeaten standard in the treatment of advanced/metastatic breast cancer. 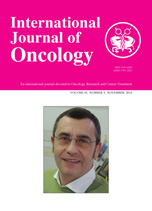