Osteosarcoma is the most common malignant bone tumor in children and adolescents. This aggressive cancer mostly occurs in the long bones. Therefore, novel therapeutic approaches, such as biological therapies and gene therapy, are required to efficiently treat osteosarcoma. Capsaicin (trans‑8‑methyl‑N‑vanillyl‑6‑nonenamide) has been demonstrated to inhibit the growth of several types of cancer cells and a number of studies have shown that osteosarcoma may be vulnerable to biological therapies. However, little is known regarding the therapeutic effects of capsaicin on osteosarcoma. This study investigated the effects of capsaicin on MG63 human osteosarcoma cells, in addition to elucidating the regulatory signaling pathways underlying the effects of capsaicin, the caspase cascade and the antioxidant enzyme system. The MG63 cell line was treated with various concentrations of capsaicin. Cells were analyzed using MTT and flow cytometry, and the presence of DNA fragmentation was evaluated using TUNEL assay. Results showed capsaicin induced apoptosis in MG63 cells. Thus, capsaicin exhibited an anticancer effect in osteosarcoma cells.

Previous studies focused on developing novel reagents that exhibit anticarcinogenic and antimutagenic properties in a number of types of cancer (1–3). Capsaicin (trans-8- methyl-N-vanillyl-6-nonenamide) is an important pungent ingredient with a spicy flavor that is widely used, and may be extracted from chili peppers of the genus Capsicum(4,5). It has been demonstrated that capsaicin is able to inhibit the growth of various types of cancer cells, such as human hepatoma carcinoma (6), human colon cancer (7), human breast cancer (8) and human neuroblastoma (9) cells.

Osteosarcoma is the most common malignant bone tumor in children and adolescents (10). This aggressive cancer mostly occurs in the long bones. For the past two decades, chemotherapy and surgery have been commonly used as therapies to improve the condition of patients with osteosarcoma. However, the major problems associated with such intense chemotherapies have increased, with a number of patients showing no improvement in their condition, as a result of the development of resistance against the treatment, and some even presenting with serious side effects in other organs of the body (11–14). Accordingly, novel therapeutic approaches, such as biological therapies and gene therapy, are required to efficiently treat osteosarcoma.

MG63 cells (human osteosarcoma cell line) were purchased from the Korean Cell Line Bank (Seoul, Korea) and cultured in DMEM containing 10% heat-inactivated FBS. The cells were plated in tissue culture dishes at 37°C in a humidified 5% CO2 incubator and cultured for 2–4 days until confluence was reached. Subcultures were prepared using 0.05% trypsin solution and seeded in 6- or 96-well tissue culture plates. Serum was starved from the culture media at the time of adding various agents.

Measurement of cell growth by MTT

Cell viability was assessed using an MTT assay, based on the reduction of MTT into formazan dye by the action of mitochondrial enzymes. MG63 cells were seeded in 96-well plates at a density of 5×102 cells per well and indicated concentrations of capsaicin were added for indicated time-periods. Briefly, following treatment with capsaicin at various concentrations (0, 50, 100, 150, 200, 250 and 400 μM) and various time-periods (0, 3, 6, 12, 24 and 48 h) under 150 μM of capsaicin, the cells were washed and 0.5 mg/ml MTT in DMEM solution was added to each well, prior to incubation for 2 h at 37°C. The supernatant was then removed and the cells were dissolved in dimethylsulfoxide (DMSO). The absorbance of each well was measured at 570 nm with a 680 microplate enzyme-linked immunosorbent assay (ELISA) reader (Bio-Rad Laboratories, Hemel Hempstead, UK).

Cells were seeded in 6-well plates at a density of 5×104 cells per well and treated with the indicated reagents for 24 h at 37°C. The suspended and adherent cells were then harvested using 0.05% trypsin solution. The harvested cells were centrifuged at 10,000 × g for 15 min at 4°C and the pellets were then washed in PBS, prior to the addition of fixing solution with ice-cold 100% ethanol containing 0.25% Triton X-100 for treatment overnight at 4°C. Subsequent to fixation, the cells were washed and stained with 50 μg/ml propidium iodide containing 100 μg/ml RNase, prior to being incubated for 20 min at 37°C and analyzed using a FACSort flow cytometer (Becton Dickinson, Franklin Lakes, NJ, USA).

The presence of DNA fragmentation was evaluated using TUNEL assay with an in situ Cell Death Detection kit (fluorescein) from Roche Applied Science (Indianapolis, IN, USA). The cells were seeded in cover slides (5×102 cells per slide) and then treated with capsaicin. Following this, the cells were washed in PBS and freshly prepared 4% paraformaldehyde was added for cell fixation for 1 h at 37°C in a humidified 5% CO2 incubator. The cells were then washed again in PBS, prior to being permeabilized in permeabilization solution (0.1% Triton X-100 in 0.1% sodium citrate) for 2 min on ice. The cells were then subjected to the TUNEL reaction at 37°C in a humidified atmosphere in the dark for 60 min. The fluorescence signal emitted by the fluorescein-labeled dUTP incorporated into the fragmented DNA was detected using Leica confocal microscopy (Leica Microsystems, Wetzlar, Germany).

Capsaicin-treated cells were harvested using 0.05% trypsin solution and then suspended with 0.4% trypan blue solution. The cells were counted using a hemocytometer under a light microscope and cells that were observed to exclude the dye were considered viable.

The cells were seeded in 6-well plates at a density of 5×104 cells/cm2, cultured and incubated in DMEM containing 10% FBS. Prior to treatment with the indicated conditions, the cells were serum-starved overnight, treated with the agent and then harvested. Using lysis buffer [20 mM Tris-HCl (pH 7.4), 10 mM NaCl, 1 mM EDTA, 1 mM ethylene glycol-O-O′-bis(2-amino-ethyl)-N,N,N′,N′-tetraacetic acid (EGTA), 0.1 mM phenylmethylsulfonyl fluoride, protease inhibitor cocktail and 1% Triton X-100], the cells were lysed on ice. The lysates were subsequently centrifuged at 10,000 × g for 20 min at 4°C and the supernatants were loaded on 15% sodium dodecyl sulphate-polyacrylamide gel electrophoresis gel and transferred to a nitrocellulose membrane. The membranes were subsequently immunoblotted with various primary antibodies and incubated with the respective peroxidase-conjugated secondary antibodies. The signals were visualized using an enhanced ECL kit from Amersham Pharmacia Biotech.

Inhibitory effects of capsaicin on the cell viability of osteosarcoma cells

In order to characterize the type of cell death that had been observed, we examined whether the cell death was apoptosis. MG63 cells were treated with 150 μM capsaicin for 24 h and the apoptotic DNA fragmentation of the MG63 cells was visualized using TUNEL assay. TUNEL assay is a tool that is frequently used for the detection of DNA fragmentation (18,19). The significant increase in the number of TUNEL-positive cells (green) showed that capsaicin induced apoptosis in the MG63 cells (Fig. 3A). In addition, as shown in Fig. 3B, capsaicin treatment resulted in an increased proportion of cells in the G0–G1 phase, from 0.26 to 24.8%. The G0–G1 phase is an indicator for cell apoptosis when increased. These results suggested that capsaicin induced apoptosis.

To investigate the effect of capsaicin on protein molecules that are involved in apoptosis, western blot analysis was used to test for the presence of the anti-apoptotic proteins Bcl-2 and cleaved caspase 3 (pro-caspase-3) and the pro-apoptotic protein Bax. MG63 cells were treated with various concentrations of capsaicin for 24 h and with 150 μM capsaicin for different time-periods. Capsaicin decreased the expression of pro-caspase-3 and Bcl-2, while the expression of Bax was increased in a dose- and time-dependent manner (Fig. 4A and B).

Identifying the signaling pathway that regulates the capsaicin-induced cell death

In this study, we used a variety of techniques and demonstrated that the cell viability of MG63 cells was able to be reduced by capsaicin in a dose- and time-dependent manner. In addition, the capsaicin-treated group showed an increased level of positivity with the TUNEL assay and an increase in Bax protein. Moreover, the experiments with the signaling pathway inhibitors showed that the groups pretreated with Z-VAD-FMK, NAC and catalase, respectively, had different results compared with those from the group treated only with capsaicin. These results indicated that the capsaicin-induced apoptosis in MG63 cells may have been mediated by the caspase cascade and the antioxidant enzyme system, among various signaling pathways.

Osteosarcoma is the most frequently occurring primary malignant neoplasms of the long bones, including the distal femur and the proximal humerus, and mainly affects children and adolescents (10,23). The prognosis for osteosarcoma, for which conventional treatments include surgery, chemotherapy and radiotherapy, is poor due to the early pulmonary metastasis and limited improvements. Chemotherapy has become a foundation for the basic treatment of osteosarcoma. A number of studies have focused on the development of new effective therapeutic strategies for osteosarcoma, using novel materials extracted from natural food substances that exhibit an anticancer effect, despite the successful use of neoadjuvant chemotherapy in the treatment of osteosarcoma (11,12,15,24).

It has been demonstrated that a number of reagents are able to induce apoptosis on MG63 human osteosarcoma cells (25–27); however, the effect of capsaicin on MG63 cells has remained unclear. Capsaicin, the main pungent ingredient in the genus Capsicum, has long been used in drugs for weight loss and has been studied as an attractive drug for cancer treatment, as an agent that induces apoptosis in various cell types in vitro(28–31). Moreover, the compound has been indicated to promote apoptosis in vivo as the mechanism of tumor cell elimination in animal models for carcinogenesis (32,33). These observations have continued to draw attention to capsaicin as a possible anticancer agent.

Apoptosis has been suggested as a promising target for cancer chemotherapy (34–36). Apoptosis is a form of self-regulated cell death and occurs during normal cell turnover, development and immune regulation (37,38). The characteristic morphological changes involved in apoptosis include cytoplasmic shrinkage, plasma membrane blebbing, chromatin condensation and the formation of apoptotic bodies containing well-preserved organelles. In addition, during apoptosis cells undergo double-strand cleavage of nuclear DNA (34,39–41).

This study was designed to investigate capsaicin-induced apoptosis in MG63 human osteosarcoma cells and its underlying molecular mechanisms. Using TUNEL assay, flow cytometric assay and western blot analysis, we demonstrated that the anticancer effect of capsaicin resulted in morphological changes, decreased cell viability and apoptosis in the MG63 cells (Figs. 1–4). These results showed that capsaicin was able to inhibit cell viability and growth and induce apoptosis.

We investigated the molecular factors that were involved in the apoptosis of capsaicin-treated MG63 cells. The MAPKs are expressed in all mammalian cell types and have individually different functions in the regulation of specific cell responses. MAPKs have been demonstrated to be composed of three parallel kinase modules, including ERK, JNK and p-38-MAPK (42–44). As shown in numerous studies, the MAPK signaling pathway is important in the regulation of cellular growth, differentiation, survival, angiogenesis and apoptosis (20,45,46–48). Accordingly, we initially suggested that the MAPK signaling pathway was involved in the cellular response of capsaicin-induced apoptosis. Using groups pretreated with MAPK inhibitors, it was revealed that MAPKs exerted no specific effect in capsaicin-induced apoptosis in the MG63 cells (Fig. 5).

It has been revealed that caspase, or cysteine-aspartic protease, belongs to the group of enzymes known as cysteine proteases, which are homologous to the Caenorhabditis elegans, the cell death gene, CED-3 (21,49). Cysteine proteases have multi-faceted functions in virtually every aspect of physiology, such as in growth and development, senescence and apoptosis (50,51). Moreover, the components of the caspase cascade are present in various cells in the form of inactive zymogens, which are then activated to convey the apoptotic signal (52). Furthermore, it has been suggested that the caspase cascade may induce the apoptotic reaction (53). Our results showed that the caspase cascade regulated capsaicin-induced apoptosis, observed through cell viability, western blot analysis and flow cytometry (Fig. 6).

The present study provided distinct results describing the effect of capsaicin on MG63 cells, in addition to elucidating the molecular mechanisms that were implicated in the indution of apoptosis. In combination, the results showed that capsaicin induced apoptosis in the MG63 cells and that the caspase cascade and antioxidant enzyme system were the underlying regulatory signaling pathways involved in the capsaicin-induced apoptosis. In a previous study, we demonstrated the effect of capsaicin on human glioblastoma U87MG cells and concluded that capsaicin induced apoptosis in the U87MG cells (62). The present results indicated that capsaicin exhibited an anticancer effect in osteosarcoma cells. Further in vitro and in vivo studies are required before capasaicin is able to be ultimately applied to treat human patients with osteosarcoma. 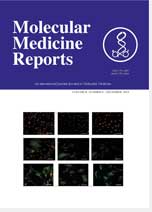