In colonic carcinogenesis, a serrated neoplastic pathway has been recommended as an alternative pathway distinct from the adenoma-carcinoma sequence. A hyperplastic polyp has been regarded as a benign lesion without malignant potential, whereas a tubular adenoma (TA) is a precursor of colorectal cancer in the adenoma-carcinoma sequence. Recently, polyps with serrated structures have been classified into subgroups, including hyperplastic polyps, traditional serrated adenomas and sessile serrated adenomas (SSAs) (1–3).

SSA is a new entity identified by Torlakovic et al in 1996 (4). Endoscopically, SSAs are flat, pale and large in size (5,6), which are different from the endoscopic features of hyperplastic polyps. The histological appearance of SSAs is distinguished from that of hyperplastic polyps on the basis of their abnormal architectural features, such as branching of crypts, dilatation of the base of the crypts, growth of crypts parallel to the muscularis mucosa and surface villosity or papillarity (6,7). Recent studies have shown that SSAs are more likely to occur in the proximal colon and show a high frequency of BRAF mutations, DNA methylation of the promoter region of the mismatch repair gene, such as hMLH1 and CpG island methylator phenotype (CIMP) (8–12). Since SSA has characteristics similar to colon cancer with microsatellite instability (MSI), it has attracted considerable attention as a possible precursor lesion to MSI cancers (13).

Clinicopathological findings suggest that MSI cancers and SSAs are frequently located in the proximal colon (14,15). Recent studies have shown distinct characteristics of MSI cancers emerging from the proximal and distal colon (16,17). Compared to distal MSI cancers, the proximal forms show female predominance, a more aggressive differentiation and a significantly higher frequency of hMLH1 methylations. The reason for the occurrence of these differences has not been elucidated. Since the location determines the characteristics of MSI cancers, precursors should also share location-associated features.

This study was designed to investigate the location-associated genetic and epigenetic features of SSA to evaluate its role as a precursor of MSI cancers. TA and colon cancer were also investigated for comparison.

This study was approved by the Jichi Medical University Institutional Review Board prior to commencement. SSAs, TAs and colorectal cancer tissues were prospectively collected from patients at the Jichi Medical University Hospital and the Jichi Medical University Saitama Medical Center. SSAs and TAs were obtained endoscopically and classified into two categories according to their location, i.e., proximal or distal. Colon cancer tissues were obtained from patients who underwent surgical treatment. For all lesions, a part of the fresh tissue was immediately frozen for genetic analysis, and the remaining tissue was used for histological analysis. Proximal lesions were defined as those proximal to the splenic flexure, whereas distal lesions were defined as those distal to the splenic flexure. All colon cancer tissues were collected from the proximal colon.

SSA was diagnosed by five architectural features: basal crypt serration, basal dilatation of crypts, crypts that run horizontal to the basement membrane, crypt branching and surface villosity or papillarity (6,7). When the endoscopically resected polyp had two or more of the above-mentioned features, it was diagnosed as SSA. The lesions showing typical histological features of so called ‘traditional serrated adenoma’ (2) were excluded from analysis.

In total, 30 SSAs, 22 TAs and 66 colon cancer tissues were evaluated for their genetic and epigenetic features.

BRAF (T1799A) and KRAS mutations were studied by direct sequencing after polymerase chain reaction (PCR) amplification of exon 15 of the BRAF gene and codon 12 and 13 of the KRAS gene. For detection of the BRAF mutation, genomic DNA obtained from fresh frozen samples was amplified using the following primers: forward, TCATAATGCTTGCTCTGATAGGA and reverse, GGCCAAAAATTTAATCAGTGGA. For the detection of the KRAS mutation, the following primers were used: forward, CTGAAAATGACTGAATATAAACTTGT and reverse, ATA TGCATATTAAAACAAGATTTACC as previously described (18,19). PCR products were purified on a YM-30 Microcon column (Millipore) and sequenced using the BigDye terminator v3.1 cycle sequencing kit on ABI Prism 3100 (both from Applied Biosystems, Tokyo, Japan).

Genomic DNA was extracted from fresh frozen samples using the EZ1 DNA tissue kit (Qiagen, Tokyo, Japan) and was amplified by PCR using the monomorphic markers BAT25 and BAT26 as previously described (20). PCR products were analyzed by Gene Scan using ABI Prism 3100, and the sample was scored showing MSI if there were additional peaks in the PCR products, or otherwise scored as microsatellite stable (MSS).

Combined bisulfite restriction analysis was performed to assess gene methylation using primers that were designed to amplify the regions around the transcription sites of the target genes (21). Bisulfite modification was performed according to the manufacturer’s instructions using the Epitect Bisulfite kit (Qiagen). Genomic DNA (1 μg) was used for conversion with the bisulfite reagent. The mismatch repair gene hMLH1 and five MINT loci (MINT1, MINT2, MINT12, MINT25 and MINT31) were examined as previously described (22–24). The primer sequences, annealing temperatures and restriction enzymes utilized were identical to those previously described (24). After digestion, products were electrophoresed on 2% agarose gels and stained with ethidium bromide. Methylation density was confirmed using the image analysis program ImageJ, and positive methylation was defined when the methylation-sensitive restriction enzyme digested ≥10% of the DNA (24). All samples with methylation at three or more loci were designated as CIMP-positive.

The location-associated clinical and molecular features of SSAs were evaluated (Table I). Patient age, gender and polyp size were not significantly different between the proximal and distal SSAs. The BRAF mutation was found in 86.4% of the proximal SSAs and 37.5% of the distal SSAs (p=0.007). However, the KRAS mutation was found only in the distal SSAs (p=0.015). BRAF and KRAS mutations were mutually exclusive. Epigenetic analysis demonstrated no hMLH1 methylation in both SSAs and, hence, both were MSS. However, CIMP was observed in 50% of the proximal SSAs, whereas no distal SSA showed CIMP.

Location-associated features of TAs were investigated (Table II). Patient age, gender and polyp size were not significantly different between the two locations. The BRAF mutation, hMLH1 methylation, MSI and CIMP were not found in either the proximal or distal TAs. The KRAS mutation was found in 36.4% of the proximal TAs and in 40% of the distal TAs, showing no significant difference (p=0.864).

Comparison of the clinical and molecular features between the proximal and distal tubular adenoma (TA) cases.

Comparison of the clinical and molecular features between the proximal MSI and MSS cancers.

Comparison of MSI cancers with or without BRAF mutation.

Comparison of genetic and epigenetic features of the proximal SSAs, TAs, MSI cancers and MSS cancers

Another interesting finding was that more than 40% of MSI cancers did not show the BRAF mutations and were negative for CIMP, a characteristic of SSA. We found that 8.3% of MSI cancers showed the KRAS mutation, which was frequently found in TAs. From these results, we postulate that a certain number of MSI cancers emerge from TA. A minor population of proximal TAs may acquire MSI, which results in MSI cancers harboring KRAS and not the BRAF mutation. This putative mutual relationship for carcinogenesis of proximal colon cancer is shown in Fig. 2. We believe this concept is consistent with the emerging fusion pathway proposed by Jass et al (32) in which molecular alterations that are characteristic of the serrated and adenoma-carcinoma sequence co-occur in a minority of advanced colorectal polyps.

Furthermore, the genetic and epigenetic features of proximal SSAs and TAs suggest that in a small percentage of cases, the former develop into proximal MSS cancers and the latter into proximal MSI cancers. 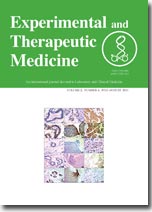