Silibinin is a flavonoid extracted from milk thistle seeds which has been widely used as a hepatoprotective and antioxidant agent. Recently, accumulating evidence has demonstrated the anti‑cancer effects of silibinin in various cancer models. It was previously reported that silibinin induced apoptosis and decreased metastasis by activating autophagy in renal cell carcinoma (RCC). However, the underlying molecular mechanisms by which silibinin regulates autophagy remain largely unknown. The aim of the present study was to investigate the effects of silibinin on RCC metastasis in vitro and in vivo, with a focus on autophagy‑dependent Wnt/β‑catenin signaling. Human RCC 786‑O and ACHN cell lines were used as the model system in vitro and RCC xenografts of nude mice were used for in vivo studies. Silibinin inhibited metastasis and epithelial‑mesenchymal transition (EMT) of RCC in vitro and in vivo, by regulating the Wnt/β‑catenin signaling pathway. Furthermore, silibinin inhibited the Wnt/β‑catenin signaling pathway in an autophagy‑dependent manner. Autophagic degradation of β‑catenin induced by silibinin was associated with the anti‑metastatic effects of silibinin against RCC. These findings identify a novel mechanism by which silibinin inhibits EMT and metastasis of RCC, highlighting a potential novel strategy for treating metastatic RCC. 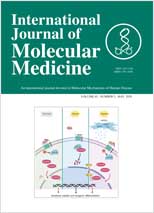