The past two decades have seen a drastic increase in obesity rates in Western societies and emerging countries. As such, it has become increasingly important to understand the molecular mechanisms by which obesity affects the risk of developing associated co-morbidities. The present study aimed at identifying the effect of insulin on breast cancer and breast epithelial cells, reflective of obesity-associated hyperinsulinaemia, as a molecular explanation for the increased risk of oestrogen receptor-negative postmenopausal breast cancer in obese women. Both of the examined breast cancer cell lines (MDA‑MB-231 and SK-BR-3) showed intact insulin signalling (insulin receptor phosphorylation and activation of phosphoinositol-3 kinase and mitogen-activated protein kinase cell signalling pathways), with MDA-MB-231 cells showing aberrantly amplified insulin signalling. Insulin did not induce a physiologically significant change in proliferation or apoptosis in either cell line. MDA-MB-231 cells showed decreased cell proliferation and increased S-phase population, while SK-BR-3 cells showed increased cyclin D and cyclin E gene expression and increased necrosis after insulin treatment. Hyperinsulinaemia may not be a universal mechanism by which obesity affects breast cancer progression. Normal breast epithelial cells (MCF-10A) showed intact insulin signalling, increased cell proliferation and reduced apoptosis after insulin treatment, suggesting cell growth and survival-promoting effects of insulin on these cells. Thus, hyperinsulinaemia may affect breast cancer aetiology rather than progression and this finding may provide a novel molecular mechanism for the role of insulin in the promotion of increased postmenopausal breast cancer risk in obese women.

Latest statistics show that obesity affects more than 1/3 of the adult population in the United States, with higher incidences in women (1,2). With postmenopausal breast cancer incidence and mortality rates closely correlated with obesity (3), it is imperative to explore the underlying molecular mechanisms of this connection, as an increasing number of female patients will be in the obese postmenopausal group in the near future. Obesity is associated with concentration changes in the endocrine secretion profile of white adipose tissue. These changes, amongst others, contribute to the link between obesity and hyperinsulinaemia (4). Hyperinsulinaemia is consistently linked with increased breast cancer risk and mortality. An epidemiological study demonstrated a positive correlation between increased insulin resistance and increased risk of all cancers, even in non-obese individuals (5). A meta-analysis indicated an increased risk of development of and mortality from breast cancer in diabetic women (6). Another meta-analysis, examining C-peptide concentrations and breast cancer risk, showed a positive correlation in case/control studies (7). A large cohort study additionally observed a positive correlation between hyperinsulinaemia and breast cancer in their non-fasting postmenopausal sub-group (8). Additionally, fasting insulin concentrations at a young age were directly related to increased breast cancer incidences in later life (9). Similarly, in a case control study of Chilean women, insulin resistance was identified as a risk factor for developing breast cancer in postmenopausal women (10). Interestingly, in contrast to overall obesity, assessed by BMI, hyperinsulinaemia has also been linked to premenopausal breast cancer (11,12), although this association was not consistently observed (13). Additionally, recent findings suggest that the combined effects of obesity and insulin resistance elevate certain biochemical markers generally associated with an increased risk of developing premenopausal breast cancer (14).

Cell proliferation was detected using a colorimetric Cell Proliferation ELISA kit (Roche Diagnostics, Penzberg, Germany; Cat no. 11 647 229 001), which assesses DNA replication by measuring bromodeoxyuridine (BrdU) incorporation. Cells (5×103/well of each cell line) were plated in 96-well plates (Fisher Scientific; Cat no. 167008) with 100 μl/well growth medium and incubated for 24 h at 37°C. Cells were washed once in 100 μl/well sterile PBS and incubated in serum-free medium for 24 h. Cells were then washed as described above and treated for 24 or 48 h with 100 nM insulin in 100 μl/well serum-free medium. During treatment, the medium was supplemented with 10 μM BrdU for the final 24 h of treatment. Incorporated BrdU was detected according to the manufacturer’s instructions and colour development was quantified on a μQuant Microplate Spectrophotometer (BioTek, Potton, UK) by measuring absorption at 450 nm with a reference wavelength of 690 nm. Three experiments were performed for each cell line and each time-point. Each experiment consisted of six replicates for each treatment, i.e. six wells for the control and six wells for the treatment groups.

In 60-mm2 tissue culture dishes (Fisher Scientific; Cat no. 150288), 1×106 cells of each of the three cell lines were plated and incubated in 3 ml growth medium for 24 h at 37°C. Cells were starved as described above and treated with 100 nM insulin for 2 min at 37°C. IR phosphorylation was determined using the DuoSet IC human phospho insulin receptor kit (R&D Systems, Abingdon, UK; Cat no. DYC2718) following the manufacturer’s instructions. In brief, cell lysate was prepared after treatment and added to a 96-well ELISA plate coated with 100 μl/well of supplied capture antibody, targeting the IR β-subunit, at 8 μg/ml. Detection was achieved by adding the supplied secondary antibody (100 μl/well), tagged with horseradish-peroxidase (HRP) and diluted 1:1,000, and by adding 100 μl of a stable peroxide solution and tetramethylbenzidine solutions (R&D Systems; Cat no. DY999), mixed 1:1, to each well. Absorption was quantified at 450 nm with a correction wavelength of 540 nm on a μQuant microplate spectrophotometer (BioTek). Three experiments were performed for each cell line.

Cell-based ELISA Phospho-AKT (S473) Immunoassay (Cat no. KCB887) and Phospho-ERK1/ERK2 (T202/Y204) Immunoassay (Cat no. KCB1018) were purchased from R&D Systems. Cells were grown and starved as before and treated as indicated in Fig. 3. The phosphorylation of protein kinase B (PKB/AKT) and extracellular-regulated kinase (ERK)1/2 was then assessed following the manufacturer’s instructions. In brief, after fixing, the cells were incubated with phospho-AKT- or phospho-ERK1/2-specific mouse antibodies in conjunction with anti-total AKT- or anti-total ERK1/2-specific rabbit antibodies, respectively. Phosphorylated and total protein was detected with species-specific secondary antibodies tagged with HRP and alkaline phosphatase (AP), respectively. Two different fluorescent substrates were used for quantification. Fluorescence was measured on a Fluoroskan Ascent microplate reader (Lab Systems, Hull, UK) with excitation at 544 nm and emission at 590 nm (phosphorylated protein) and excitation at 355 nm and emission at 460 nm (total protein). For each cell line three experiments were performed to assess AKT phosphorylation and three to assess ERK1/2 phosphorylation after insulin treatment. Each experiment included two replicates for each treatment time and the control.

Changes in the cell distribution across cell cycle stages were assessed by measurement of DNA content in the cells. The DNA specific dye used was propidium iodide (PI) (Sigma, Cat no. P4170). Cells were plated at 5×105 cells/well in six-well plates with 3 ml growth medium and incubated for 24 h at 37°C. Cells were starved for 24 h and then treated with 100 nM insulin for 24 h. Cells were harvested, stained and analysed as previously described (28). Three experiments were performed for each cell line, containing two replicates for the control and treatment groups.

The Annexin V-FITC/7-AAD apoptosis kit (Beckman Coulter; Cat no. IM3614) was used to examine apoptosis following insulin treatment. The cells were grown (1×106/dish) and treated with 100 nM insulin in 60-mm2 dishes as described above. After the cells had been treated and collected, 100 μl of 1X binding buffer (supplied), 10 μl Annexin V-FITC (supplied) and 20 μl 7-AAD dye (supplied) were added to each tube. The samples were incubated on ice in the dark for 15 min. The samples were then diluted 1:5 prior to analysis. Flow cytometry of the Annexin V- and 7-AAD-stained cells was performed using a Coulter Epics XLMCL flow cytometer (Beckman Coulter). Data were analysed using EXPO-32 Software (Applied Cytometry Systems, Sheffield, UK). Apoptotic cells were captured by linear FL-2 vs. area plots, with a cell line-specific upper cut-off point. Necrotic cells were similarly captured by linear FL-4 vs. area plots. Numbers were assessed after 10,000 events. Three experiments were performed for each cell lines with two replicates for the control and treatment groups.

Effect of insulin on cell proliferation

Effect of insulin on cell cycle

Effect of insulin on apoptosis

The epidemiological link between obesity and breast cancer lacks a fundamental molecular mechanism explaining this connection. Insulin may be a molecular mediator of the obesity-breast cancer connection (29). Previous in vitro studies have indicated that insulin increases cell proliferation in ER-positive, but not in ER-negative breast cancer cells (20,21,26,30). On the other hand, epidemiologically insulin and C-peptide levels have been linked to an increased risk of ER-negative breast cancer (31). This suggests an additional mode of action of insulin to increase breast cancer risk. Thus, in the present study, we investigated the effect of insulin on ER-negative cell lines to elucidate the impact of insulin independently of ER. Previously, when MDA-MB-231 breast cancer cells were treated with 100 nM insulin, no increase in cell proliferation after 24 h was observed (21). Similarly, in the present study, we observed no increase in cell proliferation in this cell line after 24 h of treatment and a statistically significant decrease after 48 h of treatment, which may not be of physiological importance. In a previous study, it was concluded that the overexpression of glycoprotein PC-1 led to an inhibition of IR-autophosphorylation and consequently to a complete inhibition of insulin signalling in MDA-MB-231 breast cancer cells (32). Conversely, in the present study, we observed an increase in IR, AKT and ERK1/2 phosphorylation after insulin treatment, suggesting that insulin signalling in these cells is intact. Additionally a slight but statistically significant increase in the S-phase population was observed after insulin treatment, suggesting a potential effect of insulin on cell cycle progression. This observation however, was not supported by changes in cyclin D or cyclin E gene expression, indicating that the precise impact of insulin on the cell cycle in MDA-MB-231 breast cancer cells remains unclear. There was also no indication that insulin reduced apoptosis in these cells. A comparison to SK-BR-3 breast cancer cells and MCF-10A breast epithelial cells indicated that insulin signalling was amplified in these cells. However, this signal did not translate into significantly altered physiological changes. Thus, insulin may play a role in MDA-MB-231 cell metabolism, but not in increasing cell proliferation and in enhancing cell cycle progression or in decreasing apoptosis.

MCF-10A breast epithelial cells were also analysed following insulin treatment. Similar to the breast cancer cell lines, normal insulin signalling, IR phosphorylation and AKT and ERK1/2 phosphorylation, were intact. The increase in the phosphorylation of these pathways was similar to that observed for the SK-BR-3 but not the MDA-MB-231 breast cancer cell line, further emphasizing the highly aberrant insulin signalling in MDA-MB-231 breast cancer cells. In contrast to the effects in both breast cancer cell lines, however, insulin treatment induced cell proliferation in MCF-10A cells and a significant decrease in apoptosis. These results suggest a significant physiological impact of insulin on cell growth and reduction of apoptosis in these non-malignant epithelial cells. Clearly, there is sufficient evidence to suggest a significant growth-promoting and survival-inducing effect of insulin on MCF-10A breast epithelial cells. This is a novel finding and may suggest that insulin could play a role in the aetiology of postmenopausal breast cancer attributable to obesity.

Epithelial cells rather than breast cancer cells may be more susceptible to insulin-induced proliferative pressure. Thus, insulin may have a greater impact on breast cancer aetiology than on breast cancer progression (at least for progression of ER-negative breast cancers). This may provide a novel molecular explanation for the frequently proposed, but unsatisfactorily explained role of insulin in the promotion of increased postmenopausal breast cancer risk in obese women. 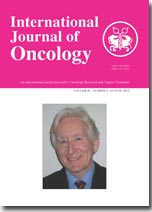