Poria cocos is a medicinal mushroom that is widely used in traditional Asian medicine. Here, we show that a characterized mixture of triterpenes extracted from P. cocos (PTE) and three purified triterpenes: pachymic acid (PA), dehydropachymic acid (DPA) and polyporenic acid C (PPAC) suppress the proliferation of the human pancreatic cancer cell lines Panc-1, MiaPaca-2, AsPc-1 and BxPc-3. Moreover, the most effective compound, PA, only slightly affects the proliferation of HPDE-6 normal pancreatic duct epithelial cells. The anti-proliferative effects of PTE on BxPc-3 cells are mediated by the cell cycle arrest at G0/G1 phase. DNA microarray analysis demonstrated that PTE significantly downregulates the expression of KRAS and matrix metalloproteinase-7 (MMP-7) in BxPc-3 cells. In addition, PTE and PA suppress the invasive behavior of BxPc-3 cells. The inhibition of invasiveness by PTE and PA was associated with the reduction of MMP-7 at the protein level and the role of MMP-7 further confirmed by the gene silencing of MMP-7 which also suppressed the invasiveness of BxPc-3 cells. In conclusion, triterpenes from P. cocos demonstrate anticancer and anti-invasive effects on human pancreatic cancer cells and can be considered as new therapeutic agents in the treatment of pancreatic cancer.

Pancreatic cancer is the fourth leading cause of cancer-related deaths in the United States. As one of the most aggressive human cancers, the 5-year survival rate of pancreatic ductal adenocarcinoma (PDAC) is <5% (1). Recent studies suggested that bioactive compounds from mushrooms could protect against multiple myeloma, breast and skin cancer (2–5). Poria cocos (also known as Wolfiporia extensa) is a medicinal mushroom in the Polyporaceae family that grows in pine trees and its sclerotium is widely used in traditional Asian medicine for its sedative, diuretic, digestive and tonic effects (6–8). Although the anticancer activity of polysaccharides extracted from P. cocos is associated with the stimulation of immune response and these polysaccharides significantly enhance immunopotentiation (9), triterpenes isolated from P. cocos have a direct inhibitory effect on cancer cells through a variety of mechanisms including inhibition of cell proliferation, induction of apoptosis and suppression of invasive behavior (10–16). However the effect of triterpenes from P. cocos against pancreatic cancer remains to be evaluated and the mechanism determined.

In the present study, we evaluated the effects of a triterpene mixture extracted from P. cocos (PTE) and three purified triterpenes: pachymic acid (PA), dehydropachymic acid (DPA) and polyporenic acid C (PPAC), on growth and invasive behavior of human pancreatic cancer cell lines Panc-1, MiaPaca-2, BxPc-3 and AsPc-1 and normal pancreatic duct epithelial cell line HPDE-6. PTE as well as PA, DPA and PPAC inhibit growth of pancreatic cancer cells and PTE and PA significantly suppress invasive behavior of BxPc-3 cells by inhibiting expression of MMP-7. Taken together, our results indicate that triterpenes from P. cocos may be potentially exploited for the use in pancreatic cancer intervention.

Pulverized sclerotium of P. cocos (2.0 kg) was extracted three times with 95% ethanol (10 l) under reflux for 3 h at room temperature. The ethanol solution was combined and evaporated in vacuum to give a crude extract (38 g). The crude extract was mixed with silica gel G (size: 200–300 mesh) and fractionated on silica column chromatography by gradient elution using petroleum ether and ethyl acetate (100:0→75:15→1:1). Fractions were collected, combined and subjected to further chromatography on a silica gel→H (size: 60–120 mesh) column by step gradients of cyclohexane-ethyl acetate (100:0→75:15). The collected fractions were combined on the basis of their thin-layer chromatography (TLC) characteristics to give three pooled fractions: pooled extracts A, B and C (PEA, PEB and PEC), listed in increasing order of polarity. Part of the PEB (PTE) was subjected to high-performance preparative liquid chromatography (Daojing, Japan, model: SPD-20A), from which three pure compounds, PPAC, DPA and PA (Fig. 1) were isolated with isocratic elution of CH3OH-H2O (85:15), with trifluoroacetic acid added at 0.05%. Quantification of HPLC analysis demonstrated that PTE contains 55.7% PA, 31.7% DPA and 4.1% PPAC. Identification of PA, DPA and PPAC was conducted by comparison of their physical and spectroscopic data (1H-, 13C-NMR and MS) with the corresponding compounds reported in the literatures. PTE, PA, DPA and PPAC were dissolved in DMSO at a concentration of 50 mg/ml and 50 mM, respectively then stored at −20°C.

Cell cycle analysis of BxPc-3 cells incubated in the presence of PTE (0–5.0 μg/ml) for 24 h was evaluated as described (19). Cell invasion of BxPc-3 cells treated with PTE (0–5.0 μg/ml), PA (0–5.0 μM) or transfected with MMP-7 or control siRNA were performed as described (20). Data points represent the mean ± SD of three individual filters within one representative experiment repeated at least twice.

BxPc-3 cells were transfected with human MMP-7 siRNA or control siRNA-A using siRNA Reagent System according to the manufacturer’s instructions at a final concentration of 60 nM (Santa Cruz, CA). After 48 h of transfection, the cells were harvested and MMP-7 knockdown was verified by western blot analysis.

Data are presented as mean ± standard deviation (SD). Statistical comparison between groups of data was carried out using ANOVA. P<0.05 was considered to be significant.

In order to evaluate whether the cytostatic effect of PTE on pancreatic cancer cells is associated with the cell cycle arrest, BxPc-3 cells were treated with PTE as described in Materials and methods. Cell cycle analysis revealed that PTE induces significant cell cycle arrest at G0/G1 phase from 44.15% (control) to 47.66% (5.0 μg/ml) (Fig. 3 and Table I). To evaluate whether PTE and PA suppress invasive behavior of pancreatic cancer cells, BxPc-3 cells were treated with PTE (0–5.0 μg/ml) and PA (0–5.0 μM) for 24 h and cell invasion was determined as described Materials and methods. As seen in Fig. 4, both PTE and PA markedly inhibit cell invasion through Matrigel. Together, our data indicate that triterpenes from P. cocos not only inhibit cell proliferation through cell cycle arrest at G0/G1 phase but also inhibit invasive behavior of BxPc-3 cells.

{ label (or @symbol) needed for fn[@id='tfn1-ijo-42-06-1869'] } Cell cycle analysis was performed as described in Materials and methods. Cell cycle distribution G0/G1, S and G2/M phase in %. The data are mean ± SD from three experiments. Statistical significance;

To identify possible molecular targets of triterpenes from P. cocos, we treated BxPc-3 cells with PTE and performed DNA-microarray analysis using Array Human Pancreatic Adenocarcinoma genes as described in Materials and methods. In addition to KRAS (0.74±0.02, P<0.05 vs. control), PTE also markedly suppresses expression of MMP-7 (0.67±0.14, P<0.05 vs control) (Table II). Since MMP-7 is significantly overexpressed in pancreatic cancer samples when compared to pseudotumoral chronic pancreatitis (23), we further determined if PTE, PA, DPA and PPAC inhibit MMP-7 at the translation level as well. Western blot analysis shows that in addition to PTE and PA, PPAC inhibits protein expression of MMP-7 in BxPc-3 cells, whereas DPA has no effect (Fig. 5).

Effect of PTE on the expression of human pancreatic adenocarcinoma genes.

To determine whether invasive behavior of BxPc-3 cells is associated with the expression of MMP-7, we silenced MMP-7 with siRNA as described in Materials and methods. As shown in Fig. 6, knockdown of MMP-7 inhibits cell invasion by >50% in comparison with negative control cells transfected with scrambled siRNA. These results further confirm that MMP-7 greatly contributes to the invasive behavior and its deletion limits the invasive capacity of BxPc-3 cells.

The present study demonstrates that triterpenes extracted from P. cocos suppress growth and invasive behavior of human pancreatic cancer cells and only slightly affecting normal pancreatic cells. Interestingly, invasive BxPc-3 cells are the most sensitive to the treatment of a characterized triterpene mixture (PTE) as well as purified triterpenes PA, DPA and PPAC (Fig. 1). Here we show that PA is the most potent triterpene responsible for the anticancer activity of the PTE mixture (containing 55.7% PA, 31.7% DPA and 4.1% PPAC) because PA inhibits proliferation of BxPc-3 cells with the IC50 value (0.26 μM) when compared to DPA (1.02 μM) and PPAC (21.76 μM).

To elucidate molecular mechanisms related to the inhibition of invasiveness of pancreatic cancer cells we used BxPc-3 cells. This cell line is the only Smad4-deficient among the four pancreatic cancer cell lines we investigated (24,25). Moreover, the loss of Smad4 is associated with a higher likelihood of metastasis, poor outcome following surgical resection (26) and predict a worse prognosis in patients with pancreatic cancer (27). Here we demonstrate, for the first time, that both PTE and PA significantly suppress invasive behavior of BxPc-3 cells. Evidently, this suppression is correlated with downregulation of MMP-7 expression. MMP-7 is overexpressed in pancreatic cancer (28), correlates with decreased survival (29,30) and contributes to cancer progression by supporting tumor size and metastasis in vivo(31). Therefore, MMP-7 is a suitable target involved in disease progression and the downregulation of MMP-7 expression by PA may be a useful strategy for pancreatic cancer metastasis intervention. Interestingly, PA also suppressed invasiveness through the inhibition of expression another matrix metalloproteinase, MMP-9 in breast cancer cells (12).

As recently demonstrated, PA was detected in urine and plasma of rats feed P. cocos(32), indicating that PA can be easily absorbed into blood. Therefore, the bioavailability of PA further promotes employment of PA or other P. cocos triterpenes for the treatment of different cancers including pancreatic cancer.

In conclusion, our study provides new evidence that the mixture or purified triterpenes extracted from mushroom P. cocos inhibits growth and invasiveness of pancreatic cancer cells. Moreover, we identified MMP-7 as a target of P. cocos triterpenes in pancreatic cancer cells. Further studies are in progress to investigate the exact mechanism of the inhibition of MMP-7 expression and the evaluation of the anticancer and anti-metastatic activity of PA in vivo.

We thank Dr Anita Thyagarajan-Sahu for her technical assistance with the cell cycle analysis, Dr Ming-Sound Tsao for kindly providing the normal human pancreatic duct epithelial cell line HPDE-6, Dr Yaqiong Wang, Professor Zhonglin Yang for kindly providing the dried sclerotium of P. cocos, Dr Yaqiong Wang and Professor Ping Li for their helpful suggestions on extraction, purification and identification of triterpenes from P. cocos. This study was supported by research grants from China Scholarship Council and EcoNugenics, Inc., Santa Rosa, CA, USA. One of the authors, I. Eliaz, acknowledges his interest as the formulator and owner of EcoNugenics, Inc. 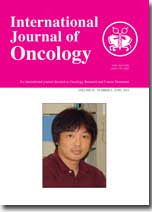