We previously conducted a case-control study of acoustic neuroma. Subjects of both genders aged 20-80 years, diagnosed during 1997-2003 in parts of Sweden, were included, and the results were published. We have since made a further study for the time period 2007-2009 including both men and women aged 18-75 years selected from throughout the country. These new results for acoustic neuroma have not been published to date. Similar methods were used for both study periods. In each, one population-based control, matched on gender and age (within five years), was identified from the Swedish Population Registry. Exposures were assessed by a self-administered questionnaire supplemented by a phone interview. Since the number of acoustic neuroma cases in the new study was low we now present pooled results from both study periods based on 316 participating cases and 3,530 controls. Unconditional logistic regression analysis was performed, adjusting for age, gender, year of diagnosis and socio-economic index (SEI). Use of mobile phones of the analogue type gave odds ratio (OR) = 2.9, 95% confidence interval (CI) = 2.0-4.3, increasing with >20 years latency (time since first exposure) to OR = 7.7, 95% CI = 2.8-21. Digital 2G mobile phone use gave OR = 1.5, 95% CI = 1.1-2.1, increasing with latency >15 years to an OR = 1.8, 95% CI = 0.8-4.2. The results for cordless phone use were OR = 1.5, 95% CI = 1.1-2.1, and, for latency of >20 years, OR = 6.5, 95% CI = 1.7-26. Digital type wireless phones (2G and 3G mobile phones and cordless phones) gave OR = 1.5, 95% CI = 1.1-2.0 increasing to OR = 8.1, 95% CI = 2.0-32 with latency >20 years. For total wireless phone use, the highest risk was calculated for the longest latency time >20 years: OR = 4.4, 95% CI = 2.2-9.0. Several of the calculations in the long latency category were based on low numbers of exposed cases. Ipsilateral use resulted in a higher risk than contralateral for both mobile and cordless phones. OR increased per 100 h cumulative use and per year of latency for mobile phones and cordless phones, though the increase was not statistically significant for cordless phones. The percentage tumour volume increased per year of latency and per 100 h of cumulative use, statistically significant for analogue phones. This study confirmed previous results demonstrating an association between mobile and cordless phone use and acoustic neuroma. 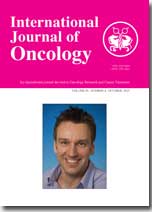