Non-small cell lung cancer (NSCLC) is one of the leading causes of death in all lung cancer patients due to its metastatic spread. Even though cisplatin treatment after surgical resection of the primary tumor has been established as a standard chemotherapy for residual disease including metastatic spread, NSCLC often acquires a resistance against chemotherapy, and metastatic disease is often observed. Amongst many potential mechanisms, epithelial-to-mesenchymal transition (EMT) has been considered as an important process in acquiring both metastatic spread and chemo-resistance of NSCLC. In this study, we identified MCL-1 as a critical molecule for chemo-resistance in A549 cells associated with TGF-β-induced EMT. Importantly, downregulation of MCL-1 by siRNA or inhibition of MCL-1 with pan-BCL2 inhibitor to inhibit MCL-1 was able to overcome the EMT-associated chemo-resistance in A549 cells. Collectively, MCL-1 can be a new therapeutic target for overcoming EMT-associated chemo-resistance in NSCLC patients in the context of post-operative chemotherapies.

Non-small cell lung cancer (NSCLC) is one of the common causes of death in the world (1). Although cisplatin treatment after surgery is known as a standard and effective chemotherapy, metastatic spread in NSCLC patients often occurs (2–4). In addition, it is still controversial whether an adjuvant chemotherapy with cisplatin gives a significant survival advantage in stage I NSCLC patients compared with surgery alone (5–7). This may lead to the possibility that metastatic NSCLCs already acquire resistance to chemotherapy during tumor progression.

Cancer metastasis is one of the major causes of the high mortality rate in cancer patients and it consists of multiple biological steps, such as dissemination from primary tumor, intravasation, attachment to vessel of target tissue, extravasation, angiogenesis, and subsequent growth at the metastasis site (8). Some of these biological steps have been shown to be related to epithelial-to-mesenchymal transition (EMT) (9–12). Although EMT also has been shown to limit the sensitivities of cancer cells to chemotherapeutic drugs (13,14), the potential mechanism by which cancer cells acquire resistance to anticancer drugs associated with the EMT process is not well defined.

In this study, we demonstrated that EMT in human NSCLC cell line A549 induced by TGF-β treatment limits the sensitivities to various anticancer drugs, and further identified MCL-1 as a critical molecule of such EMT-associated chemo-resistance of A549 cells. Importantly, we showed that targeting MCL-1 by siRNA delivery or the pan-BCL2 inhibitor treatment could overcome the EMT-associated chemo-resistance in A549 cells.

Cell viability was quantified using the cell proliferation reagent WST-1 (Dojindo, Japan) or CellTiter-Glo (Promega, Madison, WI, USA). A549 cells, siRNA-reverse transfected A549 cells, or stable MCL-1 expressing A549 cells were incubated for 24 h. The antitumor drugs were then added after pre-treatment with TGF-β for 48 h. After additional incubation for the indicated time, WST-1 solution or CellTiter-Glo reagent was added. Absorbance was measured at 450 nm using a Microplate reader for WST-1 assay and luminescence was measured using a GloMax Multi-detection system (Promega) for CellTiter-Glo assay. The cell viability was determined as percent viability compared with the vehicle control.

Apoptotic cell number was determined using the MUSE Annexin V and Dead Cell kit (Merck KGaA, Darmstadt, Germany) according to the manufacturer’s instructions. Briefly, the stable cells were harvested after being treated with cisplatin and diluted with PBS containing 1% bovine serum albumin (BSA) as a dilution buffer to a concentration of 5×105 cells/ml. Cell suspension (100 μl) was then added to 100 μl MUSE Annexin V and Dead Cell reagent (2× dilution), incubated for 20 min at room temperature, and analyzed using the MUSE Cell Analyzer. Total Annexin V-positive cells were determined as apoptotic cells.

Although the relationship between epithelial-to-mesenchymal transition (EMT) and chemo-resistance has been implicated (14,16), the detailed molecular mechanism of such EMT-accompanying chemo-resistance has not been determined yet. Therefore, we first tested tthe various antitumor reagents, such as cisplatin, paclitaxel, gemcitabine, and vinorelbine, in A549 lung adenocarcinoma cell lines with or without inducing EMT by pre-treating with 5 ng/ml TGF-β (11,17). Consistent with our previous studies (17,18), A549 pre-treated with TGF-β showed EMT phenotype in both cell morphology and expression of protein markers such as E-cadherin reduction and N-cadherin induction (data not shown). In concert with EMT-induction, A549 cells pre-treated with TGF-β showed significant resistance against all anticancer reagents tested (Fig. 1A and Table I), which was associated with the reduction of apoptosis marker expression (Fig. 1B). These findings indicate that A549 cells acquired a wide spectrum of chemo-resistance, possibly through apoptosis inhibition associated with EMT induced by TGF-β.

a Inhibitory concentration at 50% (IC50) was determined by WST-1 assay at 48 h. The values were calculated with data from at least three independent experiments.

We next investigated the expression levels of BCL2 family members in EMT-induced A549 cells. The members are related to chemo-resistance in various cancers by inhibiting apoptosis (15,19,20). Amongst many of BCL2 family members, the expression of MCL-1 and BCL2A1 were specifically increased associated with TGF-β-induced EMT in A549 cells in a time-dependent manner (Fig. 2A). We further confirmed the increased mRNA expression of MCL-1 and BCL2A1 after TGF-β treatments (Fig. 2B) consistent with their protein expression.

In order to further investigate whether either MCL-1 or BCL2A1 is required for EMT-associated chemo-resistance, we employed gene knock-down of MCL-1 or BCL2A1 by using siRNA pools in which four different siRNAs are contained. MCL-1 knock-down rescued the sensitivity to cisplatin treatment in EMT-induced A549 cells contrary to BCL2A1 knock-down which did not show any significant effect (Fig. 3A). Similar results were also confirmed in additional experiments using two siRNAs against MCL-1 with different target sequences (Fig. 3B). Furthermore, MCL-1-overexpression was able to significantly suppress the cisplatin-induced apoptosis in non-EMT-induced parental A549 cells (Fig. 3C). Collectively, these results strongly support the critical contribution of MCL-1 in acquiring EMT-associated chemo-resistance in A549 cells.

To test the clinical application of our findings, we examined the effects of pan-BCL2 inhibitors in EMT-associated chemo-resistance in A549 cells. As shown in Fig. 4A, obatoclax, which has a broad range of inhibition in BCL2 family members including MCL-1, re-sensitized EMT-induced A549 cells to cisplatin toxicity. Of note, the treatment with obatoclax (100 nM) showed only minor effect on TGF-β-treated A549 cell viability (Fig. 4A). In accordance with re-sensitizing to cisplatin toxicity, we also detected the cleavage of both caspase-3 and PARP in the combination of obatoclax with cisplatin in EMT-induced A549 cells by TGF-β (Fig. 4B). Collectively, these results implicate a clinical advantage for targeting MCL-1 in EMT-associated cisplatin-resistance in A549 cells.

In conclusion, we newly identified MCL-1 as a key molecule for acquiring EMT-associated chemo-resistance in human NSCLC. Considering EMT-associated MCL-1 induction might play critical roles not only in chemo-resistance, but also metastatic spread and survival in distant tissue, pharmacological targeting of MCL-1 provides a new therapeutic opportunity in NSCLC particularly for combining with postoperative chemotherapies.

The authors would like to thank David E. Fisher (MGH, Boston, MA, USA) for kindly giving the plasmids and all members of the Saiki laboratory for discussions and suggestions. This study was supported in part by Grant-in-Aid for Young Scientists (B) 24701023 (M.T.), and 24700971 (S.Y.), by Grants-in-aid for Challenging Exploratory Research 24659348 (I.S.) from the Ministry of Education, Culture, Sports, Science, and Technology (Japan), and by Grant for young scientists from Hokuriku-Bank (S.Y.). 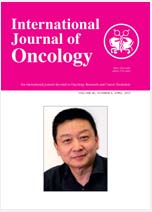