Th1 and Th17 cells are involved in the pathogenesis of rheumatoid arthritis (RA). T-bet, a Th1-specific transcription factor, appears to drive the maturation of Th1 and IFN-γ secretion. In the present study, we established the T-bet shRNA recombinant plasmid (p-T-shRNA) and explored its possible anti-inflammatory effect in a collagen-induced arthritis (CIA) model by local injection of plasmid vectors. For the initiation of CIA, DBA/1J mice were immunized with type II collagen (CII) in Freund's adjuvant and the CII-immunized mice were treated with p-T-shRNA. Levels of T-bet, IFN-γ, IL-17 and RORγt mRNA in splenocytes and synovial joints were measured by quantitative real-time PCR and T-bet expression in joint tissue was detected by immunohistochemistry staining. The intracellular IFN-γ and IL-17 were analyzed by flow cytometry (FCM). The results demonstrated that therapeutic administration on the local joints with p-T-shRNA signiﬁcantly suppressed IFN-γ and IL-17 gene expression and improved the pathogenesis of arthritis in CIA mice, while administration of a plasmid expressing T-bet (pIRES-T-bet) accelerated the disease onset. Our study suggests that T-bet may be developed as a potential target for arthritis therapy.

Rheumatoid arthritis (RA) is a chronic inflammatory disease that mainly affects the human synovial membrane, cartilage and bone. Approximately 1% of the population suffer from RA and it is associated with significant morbidity and increased mortality. Several studies have demonstrated that T lymphocytes, B lymphocytes, mast cells and other immune cells are critical in the pathogenesis and progression of inflammation. Several studies on spontaneous animal models of arthritis and cell-cell interactions have implicated T cells in driving synovial inflammation and joint destruction (1–5), and Th1 cells are elevated as a dominant cell in RA. T-bet is a specific Th1 transcriptional factor, which contributes to the differentiation of Th1 and is required for the generation of IFN-γ-producing Th1 cells (6–7). Th17 cells are also important for the modulation of autoimmune responses. IL-17 secreted by Th17 is critical in the pathogenesis of RA and it is capable of promoting inflammation by inducing a variety of proinflammatory mediators and inducing bone and cartilage destruction (8–11). Recent studies have demonstrated that T-bet has an effect on Th1 and Th17 cells (12) and is important in experimental autoimmune encephalomyelitis and RA (13–14). Collagen induced arthritis (CIA) is the most useful animal model for studying RA in humans (15). In the present study, we created a chicken type II CIA animal model, established the T-bet shRNA recombinant plasmid (p-T-shRNA) and examined its possible anti-inflammatory effect in the CIA model by local injection of plasmid vectors.

Male, 8 to 10-week-old DBA/1LacJ mice (Shanghai SLAC Laboratory Animal Co., Ltd., Shanghai, China) were used and 100 μg of chicken type II collagen (CII; Sigma-Aldrich, St. Louis, MO, USA) was injected intradermally at the base of the tail, which was emulsified in equal volumes of Freund’s complete adjuvant (2 mg/ml; Mycobacterium tuberculosis). The study was approved by the Ethics Committee of Jiangsu University.

CII-immunized mice were divided into five groups and then injected in the joint every 48 h with PBS buffer, pIRES-T-bet, pIRES empty vector, p-T-shRNA or p-nonsense-shRNA, respectively, from day 1 to 20. Starting at the first day following the first CII immunization, the mice were examined for the development and severity of arthritis until the 50th day. Disease severity was scored on a scale from 0 to 4 by visual inspection of paws and the score criteria were as follows: 0, no evidence of erythema and swelling; 1, erythema and mild swelling confined to the mid-foot (tarsals) or ankle joint; 2, erythema and mild swelling extended from the ankle to the mid-foot; 3, erythema and moderate swelling extended from the ankle to the metatarsal joints; 4, erythema and severe swelling encompassed the ankle, foot and digits.

Mouse knee joints were fixed in 10% buffered formalin in PBS overnight, decalcified in 10% formic acid in water for 24 h, embedded in paraffin and sectioned at 5 μm thickness prior to staining with H&E. Sections for immunochemistry staining were immersed in 0.01 M, pH 6.0 citrate buffer (30 min) in a water bath maintained at 100°C for antigen retrieval. Hydrogen peroxide (3%) in methanol (30 min at room temperature) was used to deactivate endogenous peroxidase. Sections were washed in PBS 3 times and 30 mg/ml BSA was added (30 min at room temperature) for the closure of non-specific binding sites. Thereafter, the sections were exposed to rabbit anti-T-bet antibody (Santa Cruz Biotechnology, Inc., Santa Cruz, CA, USA), 1:200 diluted in 30 mg/ml BSA, at 4°C overnight in a wet box followed by staining with a MaxVision™ kit (kit-5020; MaiXin Technology Co., Ltd., Shenzhen, Guangdong, China), then stained with freshly prepared diaminobenzidine solution and counterstained with hematoxylin. Sections were dehydrated with a graded series of alcohol, vitrified by dimethylbenzene and covered with neutral gum. Results were observed and analyzed using a Leica fluorescence microscope and image analysis system (Leica, Mannheim, Germany). Section assessments were conducted by two blinded investigators for mean inflammation, pannus formation, cartilage damage, bone damage and T-bet expression.

Data were summarized as the mean ± SD. Means were compared with the ANOVA where appropriate for statistical analysis. P<0.05 was considered to indicate a statistically significant difference.

To determine whether T-bet acts as a driving factor for CIA development, we injected recombinant plasmid pIRES-T-bet into the hind ankle of CII-immunized mice every 48 h for ten-doses, starting at day 1 following the first immunization, and found an accelerated onset of arthritis (Fig. 1). The hind paw became red and swollen more quickly following pIRES-T-bet injection.

Silencing the T-bet gene may induce delayed onset of arthritis

The mice were administered with a single i.p. injection of p-T-shRNA at the time of immunization to silence the T-bet gene for long-lasting suppressive capacity on CIA induction in vivo. The results demonstrated that the expression of T-bet was effectively reduced in the joint tissue of CIA mice treated with p-T-shRNA (Fig. 1A), the incidence rate of CIA was significantly reduced and the onset of arthritis was markedly delayed (Fig. 1B).

We compared the inflammatory score of three groups. The infiltrated inflammatory cells and the level of T-bet expression were different in different groups. The infiltrated inflammatory cells in the pIRES-T-bet group were similar to the CIA blank group, but higher than that in the p-T-shRNA group. The immunohistochemistry staining result demonstrated that the T-bet expression was higher in the pIRES-T-bet group than that in the CIA blank group, however it was decreased in the p-T-shRNA group compared with other groups. The T-bet immunopositive products were subcellularly localized in the nuclei (Fig. 2).

Expression of related inflammatory factors in the spleen or local joint

The popliteal lymph nodes were collected from different groups, the CD4+ T cells were sorted and the cells were exposed to PMA and ionomycin for 4 h, then stained with IFN-γ-PE and IL-17-FITC for FCM analysis. The result was consistent with that detected by qRT-PCR. FCM analysis for popliteal lymph nodes, which correlated with the plasmid injection demonstrated, that IL-17 and IFN-γ were upregulated in the mice injected with pIRES-T-bet and downregulated in the p-T-shRNA group (Fig. 4).

Recently, the study of RA has substantially advanced. Genetic and environmental factors may lead to joint destruction. RA is thought to be a disease of the immune system in which self-tolerance breaks down (2,16) and numerous studies have attempted to apply immunosuppression for the treatment of RA. Immune cells, including T lymphocytes, B lymphocytes and NK cells are all involved in the process of the disease and dendritic cells are also important in the process (17–19), as well as a number of cytokines, chemokines, adhesion molecules and matrix metalloproteinases. These molecules are controlled by a limited number of transcriptional factors, including T-bet and NF-κB. Previous studies have demonstrated that Th1 cells are the dominant cells in the inflammatory reaction, including RA. T-bet is essential to the development of T lymphocytes, directing the differentiation of Th0 cells into Th1 or Th2 cells (1,6,20). Numerous studies demonstrate that silencing T-bet may have an apparent effect on autoreactive T cells and autoimmunity (21–23).

The RNA interference technique has become a convenient and easy way to knock down target genes (24–26). We used the RNA interference technique to silence the target gene T-bet in CIA mice in this experiment. Our results revealed a previously unrecognized role of T-bet in promoting the course of the disease and demonstrated that T-bet was a critical factor in CIA development. We constructed the eukaryotic plasmid carrying the T-bet gene (pIRES-T-bet) to enhance T-bet expression and the small hairpin RNA (p-T-shRNA) to silence T-bet expression in local joint tissue. Through increasing or reducing the expression of T-bet in the right hind paw in the experimental mice, we discovered it was effective in reducing T-bet expression and hence ameliorated the inflammatory condition at an early stage. The results also indicated that, in the initial stage of CIA, silencing T-bet was able to inhibit the expression of IFN-γ and IL-17. These cytokines secreted from lymphocytes or joints produced a significant effect on local inflammation. IFN-γ level was closely associated with T-bet expression, while IL-17 was regulated by several transcriptional factors, which may crosstalk with T-bet. The effect of T-bet on the secretion and function of IL-17 was not clear in the present study, although it may be associated with the time point when pIRES-T-bet or p-T-shRNA was injected. In the initial stage of joint inflammation, silencing T-bet may relieve arthritis. Hence, we propose that RNA interference to the T-bet gene may be developed as a potential factor to prevent inflammation at an early stage in RA patients. 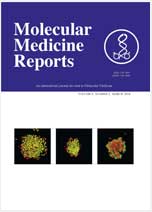