Component analysis of Pu-erh and its anti-constipation effects

The aim of this study was to investigate the effects of Pu-erh tea on activated carbon-induced constipation in ICR mice. The changes in body weight, dietary intake, gastrointestinal transit, first black stool defecation time, number and weight of feces, water content of feces and various levels of substances in serum were used to evaluate the anti-constipation effects of Pu-erh tea. Body weight, dietary intake and the amount of water consumed by mice decreased with activated carbon-induced constipation and those of the sample treated group mice were higher than the control group mice. The first black stool time of normal, control, bisacodyl (100 mg/kg) and 200, 400 and 800 mg/kg Pu-erh tea treated mice were 90, 221, 118, 178, 155 and 139 min, respectively. Following oral administration of 200, 400 and 800 mg/kg of Pu-erh tea and 100 mg/kg of bisacodyl, the gastrointestinal transit rates were shortened by 48.6, 59.6, 78.0 and 91.9%, respectively. Serum levels of motilin (MTL), gastrin (Gas), endothelin (ET), acetylcholine enzyme (AchE), substance P (SP) and vasoactive intestinal peptide (VIP) were significantly increased and somatostatin (SS) was decreased when the mice were treated with different concentrations of Pu-erh tea compared with the untreated control mice. These results demonstrate that Pu-erh tea has a similar preventive effect to bisacodyl and it may be used as a functional food to prevent constipation.

Tea is known for its laxative effects and may be found in a variety of dietary supplements, weight loss teas and colon cleaning preparations (1). In general, tea is used as a drink, food or medicine. Tea has been recognized in different systems of traditional medicine for the treatment of different diseases and ailments, however there are a few studies available on the clinical uses of herbs as constipation treatments that have demonstrated promising results, particularly Pu-erh tea. Pu-erh tea is commonly known as the large leaves of C. sinensis O. kuntze var. assamica Kitamura, a plant native to China (2). Drinking Pu-erh tea for a long period of time is able to aid the maintenance of mental and physical health. This tea is believed to reduce high blood pressure and cholesterol levels, and to be important in preventing heart disease and cancer (3). However, the preventive effect of Pu-erh tea on activated carbon-induced constipation in mice has not been clearly studied.

In previous studies, constipation induced by activated carbon was used to demonstrate the effects of drugs for the treatment of constipation (5,6). A large number of studies also demonstrated that a megadose of activated carbon is able to induce digestive tract obstruction (7). Therefore, in the present study, we examined the functional effects of Pu-erh tea in the enteron alimentary tract by adopting the activated carbon-induced constipation mice model to provide insights into to the inhibitory effect of Pu-erh tea using various concentrations. We examined body weight, dietary intake, drinking water amount, gastrointestinal transit, first black stool defecation time and used a serum assay to measure motilin (MTL), gastrin (Gas), endothelin (ET), somatostatin (SS), acetylcholine enzyme (AchE), substance P (SP) and vasoactive intestinal peptide (VIP) levels. In the present study, we used bisacodyl, a laxative drug that is able to stimulate intestinal peristalsis by working directly on the colon to produce a bowel movement, as a positive control. It is typically prescribed for the relief of constipation and for the management of neurogenic bowel dysfunction as well as part of bowel preparation prior to medical examinations (8,9).

The tea extracts were dissolved in DMSO to produce a final concentration of 10 mg/ml and then diluted with 50% methanol to make a final concentration of 2 mg/ml. The diluted sample (5 μl) was analyzed by liquid chromatography followed by tandem mass spectrometry (LC-MS/MS). LC-MS/MS was performed using a Finnigan LCQ Advantage MAX ion trap mass spectrometer (Thermo Electron Co., Waltham, MA, USA) equipped with an electrospray ionization source. Separation by HPLC was performed with a Finnigan Surveyor Modular HPLC System (Thermo Electron Co.) using an Xterra MS C18 column (5 μm, 2.1×150 mm; Waters Corp., Dublin, Ireland). Mobile phase A was water and mobile phase B was acetonitrile; the two contained 0.1% formic acid. Gradient elution at a flow rate of 0.2 ml/min was performed as follows: 0–5 min with 0–40% B (linear gradient), 5–20 min with 40–80% B (linear gradient), 20–25 min with 80–100% B (linear gradient) and 25–30 min with 100% B (isocratic). Full-scan mass spectra were obtained in the positive and negative ion modes at a range of m/z 100–1,000. For identifying compound structures, data obtained from the MS/MS analysis were compared with that from an MS/MS spectral library search (10).

This study followed a protocol approved by the Animal Ethics Committee of Chongqing Medical University (Chongqing, China). Seven-week-old female ICR mice (n=120) were purchased from the Experimental Animal Center of Chongqing Medical University. They were maintained in a temperature controlled (temperature, 25±2°C; relative humidity, 50±5%) facility with a 12 h light/dark cycle and free access to a standard rat chow diet and water.

Induction of constipation in mice

Mice fasted for 16 h from the ninth day at 6:00 a.m., but were not deprived of water. Following 16 h, the mice from the control and sample groups received oral administration of 10% activated carbon and the mice in the normal group were administered 10% arabic gum. After 30 min, mice were sacrificed by cervical dislocation under anesthesia with diethyl ether. The 10 mice from each group were dissected and the small intestine from the pylorus to the blind intestine was carefully removed. The gastrointestinal transit of each mouse was calculated as the percentage of the distance traveled by the activated carbon meal relative to the total length of the small intestine. The equation was used to calculate GI transit (%): GI transit (%) = (distance traveled by the activated carbon)/(total length of the small intestine) × 100. The last 10 mice of each group were used to determine the first black stool time following 10% oral administration with activated carbon.

Defecation status of mice during the experiment when the mice were treated with activated carbon.

As displayed in Fig. 4, the first black stool defecation time of each mice group administered with activated carbon demonstrates the inhibitory effect of the samples on constipation. Defecation time was the shortest (90±12 min) in the normal group, with the longest (221±18 min) time in the control group. The time for the bisacodyl group was 118±9 min, which was only slightly higher than the normal group. Under 200, 400 and 800 mg/kg dosage concentrations, first black stool defecation times were 162±12, 147±10 and 135±8 min, respectively. According to the defecation time, it is evident that Pu-erh tea had a stronger inhibitory effect on constipation.

The constipation inhibitory effects of samples were determined by gastrointestinal transits. The mice were administered activated carbon (0.2 ml/mouse, 10% activated carbon). In the bisacodyl treated group, GI transits were 87.3±5.2% which were more than that of the control group (28.9±4.6%) (Fig. 5). At the 200, 400 and 800 mg/kg body weight dose of Pu-erh tea extract, the GI transits were 83.3±4.1 and 79.3±4.1%, respectively. The Pu-erh tea was able to increase the gastrointestinal transit more than the control and higher doses were able to reduce constipation.

Pu-erh tea is known as a medicinal tea because of its various health benefits. Long-standing consumers of Pu-erh tea believe this beverage has anti-aging properties and is able to prolong life. Pu-erh tea has been demonstrated to have antifungal, antimicrobial, antioxidant, antimutagenic, antitumor and weight reduction effects (11).

Anorexia is an important symptom of constipation (16). Through observing the dietary intake and drinking water amount of mice, we may determine constipation and the inhibitory effect of mice treated with different samples. The definition of constipation includes infrequent bowel movements and difficulty during defecation (17,18).

Constipation most commonly occurs when the stool that forms following food digestion moves too slowly (slow transit) as it passes through the digestive tract. Dehydration, changes in diet and activity and certain drugs are frequently to blame for the slow transit of stool. When stool moves slowly, too much water is absorbed from the stool and it becomes hard and dry (19). Defecation status, dietary intake, drinking water amount, stool defecation time and gastrointestinal transit are important standards for constipation inspection.

The serum levels of MTL, Gas, ET, AchE, SP and VIP in patients with constipation are lower than those in healthy patients and the SS level was higher than the general population (20–22). The main function of MTL is to increase the migrating myoelectric complex component of gastrointestinal motility and stimulate the production of pepsin. It is one of the intestinal hormones responsible for the proper filling and emptying of the gastrointestinal system in response to the intake of food and hunger stimuli (23). Gas is a polypeptide hormone secreted by certain cells of the pyloric glands, which markedly stimulates the secretion of gastric acid and pepsin and weakly stimulates the secretion of pancreatic enzymes and contraction of the gall bladder (24). Gas has effects throughout the gastrointestinal tract. It is able to promote gastrointestinal secretion, increase gastrointestinal movement and at the same time it is able to promote pyloric sphincter relaxation. ET is important in the stability of vascular tension and maintains the basic cardiovascular system. Constipation is able to cause diseases, including intestinal obstruction, or colon cancer and is also able to induce or aggravate cardio-cerebro-vascular diseases in the elderly (25). The somatostatin analogue may stimulate intestinal motor complexes and this agent has been used to treat sclerodermatous pseudo-obstruction. Stool is formed from the non-digestible component of food after water is either absorbed or secreted in the large intestine. Mucous is also produced in the large intestine to provide viscosity. Thin segments of muscle line the intestinal tract and contract and relax in concert to propel the stool forward. Muscle contraction and mucous secretion are regulated by acetylcholine (26). Patients with slow transit constipation have abnormal neurotransmitter levels in the muscular layer of their intestinal walls. These abnormalities include a deficiency of SP peptide, which is thought to contribute to peristalsis (27). The disturbances in the normal neural content of VIP in the bowel wall in idiopathic constipation and diverticular disease, may initiate or contribute to the functional changes observed in these disorders (28).

The aim of the present study was to demonstrate that Pu-erh tea has a preventive effect on activated carbon-induced constipation in mice. According to the results, it was demonstrated that Pu-erh tea has significant effects on body weight, dietary intake, drinking water amount and feces status, including defecation weight, particle counts of defecation and water content of defecation in ICR mice. First black stool defecation time was only a little longer than bisacodyl. Gastrointestinal transit was longer than in the control and similar to bisacodyl, and various serum levels, including MTL, Gas, ET, AchE, SP and VIP in Pu-erh tea dose mice were higher than in the control mice, with the SS levels demonstrating an opposite tendency. These results suggest that Pu-erh tea has a significant preventive effect on activated carbon-induced constipation in mice.

This study was supported by the Program for Chongqing Innovative Research Team in University (KJTD201325). 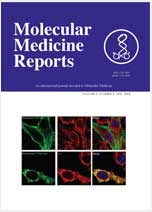