Colorectal cancer is one of the leading causes of cancer-associated mortality in the world. According to the linear model of cancer initiation, proposed by Fearon and Vogelstein, cancer is a disease that arises from multiple serial somatic mutations (1). The characteristic alterations to this model comprise mutations of the tumor suppressor genes, including APC, TP53 and K-Ras. TP53 mutations have been identified in >50% of human tumors. Since TP53 is a tumor suppressor gene, loss of function mutations are the general cause of abnormality (1).

The TP53 gene is known as the guardian of the genome or the cellular gatekeeper. The gene contains 11 exons, which encode 2.8 kb mRNA that is translated into a 53 kDa protein. Following exposure to stress conditions, including hypoxia, oncogene activation, DNA damage, nucleotide defects and viral transformation, p53 is subjected to certain post-translational modifications that regulate the subcellular localization and stability of the protein (2–5). Under these stress conditions, there are three cellular outcomes: i) Repair mechanisms are prompted (5); ii) if there is no way to avoid it, the cells undergo apoptosis or cell cycle arrest (6–17); and iii) the cells defense mechanisms are affected and the cells become cancerous. p53 may act as a key downstream regulator for all the processes mentioned previously and also for telomerase activity. p53 regulates the inactivation of the catalytic subunit of telomerase, which is a reverse transcriptase that is activated in cancer cells (18,19). However, there are questions that require clarification with regard to cell fate, since there is no clear mechanism or requirement as to which possible outcome is preferred. In the present study, the following two issues were examined: i) The preferred mechanism of cell fate following 5 Gy γ-irradiation, depending on p53 expression in p53 +/+ and p53 −/− HCT116 colon cancer cells; and ii) whether the cell response is p53-associated or p53-independent in HCT116 colon cancer cells.

p53+/+ and p53−/− HCT116 colon cancer cell lines were cultured in complete McCoy's 5A medium, consisting of 10% fetal bovine serum, 1% penicillin/streptomycin and 1% L-Glutamine at 37°C, in a humidified incubator containing 5% CO2. Once 80–90% confluency was reached in T75 culture flasks, the cells were treated with 5 Gy γ-irradiation (Co60-Dmax) and collected to evaluate the cell cycle, apoptosis and telomerase activity.

Detection of apoptotic cells and analysis of the cell cycle

The statistical analyses were performed using SPSS software version 13 (SPSS, Inc., Chicago, IL, USA). The variables were investigated using visual (histograms and probability plots) and analytical (Kolmogorov-Simirnov/Shapiro-Wilk's test) methods to determine whether or not they were normally distributed. The χ2 test was used to statistically analyze the cell cycle and apoptosis. The telomerase activity was evaluated using a Mann-Whitney U test. P<0.05 was considered to indicate a statistically significant difference.

γ-irradiation causes double or single strand breaks depending on the application dose, for example 5 or 7.5 Gy, in cells (20). Following single or double strand DNA breaks, time protective processes should be activated (16). The four checkpoints during the cell cycle are at G1/S, S, G2/M and M. If there is a problem in any of the checkpoints, the cycle is stopped and allowed sufficient time for repair. However, in certain cases, the repair pathways themselves may be defective due to abnormal enzyme activity in the signaling cascade. p53 prevents cell proliferation via telomere shortening and telomerase activity and by activating cellular senescence. In this case, an alternative conserving mechanism, which is generally termed apoptosis, is activated. Therefore, cells are protected from transferring the wrong copies to their daughter cells. The cellular gatekeeper p53 protein is situated in the nucleus and activates genes that are responsible for repair, apoptosis and telomere regulation (6–7,11,21). The present study aimed to clarify the p53 dependency of G1 and G2 arrest, apoptosis and telomerase activity following 5 Gy γ-irradiation in p53+/+ and p53−/− HCT116 colon carcinoma cells.

In the present study, the HCT116 cells expressing p53+/+ were arrested in the G1 phase of the cell cycle at 24 h and at 48 h, then escaped from G1 arrest and accumulated in the S phase, driving apoptosis at an additional 48 h after 5 Gy γ-irradiation. Attardi et al showed that p53+/+ MEF (mouse embryonic fibroblast) cells accumulated in G1 phase arrest following 5 Gy irradiation. Following irradiation, the p21 promoter is triggered depending on the increased expression of p53 in the MEFs. However, p53−/− MEFs underwent G2 phase arrest subsequent to irradiation. G2 arrest in the MEFs occurred independently of p53 (12). There is evidence from certain studies that suggests that the CDC25A molecule is significant in p53-independent G2 phase arrest (22). CDC25A is one of the key molecules involved in the cell cycle, and following treatment with γ-irradiation, CDC25A is decreased in cells. Thus, the cells are prevented from entering the M phase by a p53-independent mechanism. p21+/+ and p53−/− HCT116 cells undergo G2 phase arrest instead of G1 phase arrest following irradiation. In the p53−/− cells of the present study, p21 and CDK may have regulated p53-independent G2 arrest. The G1 and G2 arrests were accompanied by cell death with an increasing rate of occurrence of ≤2 h after exposure in the p53+/+ and p53−/− cells. According to a study using Drosophila melanogaster as a model, following ionizing radiation treatment, apoptosis occurred in a p53-independent manner (23).

In summary, the exposure to 5 Gy γ-irradiation, telomerase activity and G1 cell cycle arrest were regulated depending on the p53 status in the HCT116 colon cancer cells. However, G2 arrest and the apoptotic response were promoted in a p53-independent pathway. 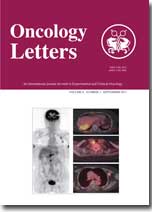