Inhibitory effects of Diospyros kaki in a model of allergic inflammation: Role of cAMP, calcium and nuclear factor-κB

Diospyros kaki (D. kaki) has been cultivated throughout Eastern Asia for hundreds of years. D. kaki contains various biological active compounds, such as amino acids, carotenoids, ﬂavonoids, tannins, catechins and vitamin A. Previous studies have shown that D. kaki has beneficial effects on homeostasis, constipation, hypertension, atherosclerosis and allergic dermatitis and is a good source of antioxidants, polyphenols and dietary ﬁber. However, the anti‑allergic and anti-inflammatory effects of D. kaki have not yet been elucidated. This study aimed to investigate the protective effects of the aqueous extract of Diospyros kaki (AEDK) on mast cell-mediated allergic inflammation and to determine its possible mechanisms of action by using in vitro and in vivo mast cell-based models. The cAMP and intracellular calcium levels were measured to clarify the mechanisms by which AEDK inhibits the release of histamine from mast cells. AEDK inhibited the release of histamine and β-hexosaminidase from mast cells by modulating cAMP and intracellular calcium levels. We also measured the expression of pro-inflammatory cytokines, such as tumor necrosis factor (TNF)-α and interleukin (IL)-1β. AEDK decreased gene expression and the secretion of the pro-inflammatory cytokines, TNF-α and IL-1β by inhibiting nuclear factor-κB. In addition, AEDK inhibited systemic and cutaneous allergic reaction. The inhibitory effects of AEDK on allergic reaction and the release of histamine were found to be similar to those of disodium cromoglycate, a known anti-allergic drug. To isolate the active component of AEDK, activity-guided fractionation was performed, based on the inhibitory effects on systemic anaphylaxis. Catechin was identified as an active compound. The present findings provide evidence that AEDK inhibits allergic inflammation and suggest the therapeutic application of AEDK in allergic inflammatory disorders.

Mast cells are broadly distributed throughout mammalian tissues and play an important role as regulators of allergic inflammation in various allergy-related disorders, such as asthma, atopic dermatitis, eczema and sinusitis. Mast cells have been considered not only in association with immediate-type hypersensitivity, but also in delayed hypersensitivity reactions, such as inflammatory response (1,2). Immediate-type hypersensitivity is mediated by histamine in response to the antigen cross-linking of immunoglobulin E (IgE) bound to FcɛRI on mast cells (3). After the activation of mast cells, degranulation is triggered, which results in the release of mediators, such as products of arachidonic acid metabolism, cytokines, proteases and histamine (4,5). In mast cell-mediated inflammatory responses, histamine is one of the most well-characterized and important mediators involved in the acute phase of immediate hypersensitivity (6,7).

Diospyros kaki (D. kaki) has been cultivated throughout Eastern Asia for hundreds of years. D. kaki contains various biological active compounds, such as amino acids, carotenoids, flavonoids, tannins, catechins and vitamin A (10,11). The leaves of D. kaki are commonly used for tea in Asia. Previous studies have shown that D. kaki has beneficial effects on homeostasis, constipation, hypertension, atherosclerosis and allergic dermatitis and it has been broadly applied in the medicinal area (12–16). D. kaki is also a good source of antioxidants, polyphenols and dietary fiber (17). However, the anti-allergic and anti-inflammatory effects of D. kaki have not yet been elucidated.

In the present study, we investigated the effects of the aqueous extract of D. kaki (AEDK) on allergic inflammation by using in vitro and in vivo mast cell-based models. cAMP levels and the intracellular calcium concentration were investigated to clarify the mechanisms by which AEDK inhibits the release of histamine from mast cells. The effects of AEDK on gene expression and the secretion of pro-inflammatory cytokines and the role of NF-κB in these effects were also investigated. In addition, we examined the effects of AEDK on systemic and local allergic reaction to assess its anti-allergic effects in vivo.

The original stock of male imprinting control region (ICR) mice (6 weeks of age) was purchased from Dae Han Bio Link Co., Ltd (Eumsung-Gun, Korea). The animals were housed 5 per cage in a laminar air flow room maintained under a temperature of 22±2°C and a relative humidity of 55±5% throughout the study. The care and treatment of the mice were in accordance with the guidelines established by the Public Health Service Policy on the Humane Care and Use of Laboratory Animals and were approved by the Animal Care and Use Committee at Kyungpook National University.

Preparation of AEDK, isolation and identification of active compound

D. kaki was supplied from the Korea National Arboretum. A voucher specimen (no. WSP-10-38) was deposited at the herbarium of the College of Pharmacy, Woosuk University, Jeonju, Korea. D. kaki (600 g) was shade dried and powdered. It was then extracted 3 times with purified water (500 ml) at 70°C for 5 h in a water bath and filtered through a Whatman no. 1 filter. The extracts were combined and evaporated. The yield of dried extract from the crude materials was approximately 4.16% (w/w). The dried extract of AEDK was dissolved in saline or Tyrode buffer and was filtered using a 0.45 μm syringe filter. To isolate the active components responsible for the anti-allergic and anti-inflammatory effects of AEDK, the resultant water extract (70 g) was successively partitioned as chloroform, ethyl acetate, n-butanol and water soluble fractions. The ethyl acetate soluble fraction exhibited the highest anti-allergic activity. The ethyl acetate soluble fraction was chromatographed on a Sephadex LH-20 column (MeOH) (GE Healthcare Bio-Sciences, Uppsala, Sweden) to yield 5 fractions (E1–E5). E2 was subjected to chromatography on a Sephadex LH-20 gel column (MeOH) to yield compound 1 (25 mg). The molecular formulae of compound 1 were characterized by nuclear magnetic resonance (NMR). By comparing the NMR data and literature values (18,19), compound 1 was identified as a catechin.

The cAMP level was measured as previously described (4). The intracellular calcium concentration was measured with the use of the fluorescence indicator Fluo-3/AM (Molecular Probes, Eugene, OR, USA). The HMC-1 cells were pre-incubated with Fluo-3/AM for 30 min at 37°C. After washing the dye from the cell surface, the cells were treated with AEDK for 5 min prior to the addition of PMACI. They were excited at 488 nm, the emission was filtered with 515 nm by a flow cytometer (BD Biosciences Pharmingen, San Diego, CA, USA) and visualized under a fluorescence microscope (Olympus BX51; Olympus, Center Valley, PA, USA).

Total cellular RNA was isolated from the cells (1×106 cells/well in a 24-well plate) following stimulation with PMACI with or without AEDK for 4 h. Real-time polymerase chain reaction (PCR) was used to analyze the mRNA expression of TNF-α, IL-1β and β-actin (internal control) as previously described (23). The band intensity was normalized to that of β-actin in the same sample. The secretion of TNF-α and IL-1β was measured by ELISA as previously described (4). The HMC-1 cells were cultured in medium and resuspended in Tyrode buffer A. The cells were sensitized with PMACI for 8 h in the absence or presence of AEDK.

The samples were electrophoresed using 12% sodium dodecyl sulfate-polyacrylamide gel electrophoresis, as previously described (24) and then transferred onto a nitrocellulose membrane. Nuclear and cytosolic p65 NF-κB and IκBα were assayed using anti-NF-κB (p65) and anti-IκBα antibody (Santa Cruz Biotechnology, Santa Cruz, CA, USA). Luciferase activity was measured as previously described (21). The HMC-1 cells were seeded at 2×106 in a 6-well plate 1 day prior to transient transfection. After the transfected cells were incubated for 18 h, they were stimulated with PMACI at 37°C for 2 h. The cells were pre-treated with AEDK for 30 min prior to stimulation with PMACI. Luciferase activity was determined using a luminometer.

Mice were administered an intraperitoneal injection [8 mg/kg of body weight (BW)] of the mast cell degranulator, compound 48/80. AEDK was dissolved in saline and administered intraperitoneally (1–100 mg/kg BW) 1 h prior to the injection of compound 48/80 (n=10/group). Mortality was monitored for 1 h after the induction of anaphylactic shock. After the mortality test, blood was obtained from the heart of each mouse to measure the serum histamine content.

An IgE-dependent cutaneous reaction was carried out as previously described (23). The mice were injected intradermally with 0.5 μg of anti-DNP IgE. After 48 h, each mouse (n=10/group) received an injection of 1 μg of DNP-HSA containing 4% Evans blue (1:4) via the tail vein. Thirty minutes after the challenge, the mice were sacrificed and the dorsal skin (diameter, 1 cm) was removed in order to measure the pigmented area. The amount of dye was then determined colorimetrically.

Effects of AEDK on the release of histamine and β-hexosaminidase

Effects of AEDK on cAMP and intracellular calcium levels

Effects of AEDK on the activation of NF-κB

To investigate the intracellular mechanisms responsible for the inhibitory effects of AEDK on the expression of pro-inflammatory cytokines, we examined the effects of AEDK on the activation of the transcription factor, NF-κB. NF-κB is an important transcriptional regulator of inflammatory cytokines and plays a crucial role in immune and inflammatory responses (4). The stimulation of HMC-1 cells with PMACI induced the nuclear translocation of p65 NF-κB and the degradation of IκBα. AEDK inhibited the PMACI-induced nuclear translocation of NF-κB and the degradation of IκBα (Fig. 4A). To confirm the inhibitory effects of AEDK on NF-κB activation, we used an NF-κB-dependent gene reporter assay. The HMC-1 cells were transiently transfected with a NF-κB-luciferase reporter construct or an empty vector. Exposure of the cells to PMACI increased the luciferase activity in the cells transfected with the NF-κB-luciferase reporter construct (Fig. 4B). AEDK (100 μg/ml) significantly reduced the PMACI-induced luciferase activity.

Effects of AEDK on systemic and local allergic reactions

[i] Groups of mice (n=10/group) were intraperitoneally injected with 200 μl of saline or drugs at various doses 1 h before the intraperitoneal injection of compound 48/80. Mortality rate (%), within 1 h following the injection of compound 48/80, is represented as the number of dead mice ×100/total number of experimental mice. AEDK, aqueous extract of Diospyros kaki, BW, body weight; DSCG, disodium cromoglycate.

Another way to examine the anaphylactic reaction is to induce PCA. A local extravasation was induced by the local injection of IgE followed by an antigenic challenge. AEDK and DSCG were intraperitoneally administered at 1 to 100 mg/kg (BW) 1 h prior to the antigen challenge. AEDK dose-dependently reduced the IgE-mediated PCA reaction (Fig. 5B). The inhibitory effects of AEDK on systemic and local anaphylaxis were similar to those of DSCG.

Immediated-type hypersensitivity is a life-threatening syndrome induced by the sudden systemic release of inflammatory mediators such as histamine and cytokines (27). A number of studies have established that the stimulation of mast cells initiates the activation of signal transduction pathways, which leads to degranulation. In this study, we demonstrate that AEDK inhibits systemic allergic reaction and the release of histamine in serum, which is an index of mast cell degranulation. In addition, the administration of AEDK to mice protected them from IgE-mediated PCA, one of the most important in vivo modes of acute local anaphylaxis. In both systemic and local anaphylaxis, the inhibitory effects of AEDK were comparable to those of DSCG, a clinically used medication for treating asthma and allergies. These findings suggest that AEDK may prove useful in the treatment of allergic diseases.

To isolate the active components responsible for the anti-allergic and anti-inflammatory effects of AEDK, we partitioned AEDK as shown in Materials and methods and defined catechin as an active component of AEDK. The anti-allergic and anti-inflammatory properties of epigallocatechin-3-gallate (EGCG) are well known (33). Due to the structural similarity of EGCG and catechin, we hypothesized that catechin may be one of the compounds responsible for the anti-allergic and anti-inflammatory effects of AEDK. In conclusion, the present study demonstrates that AEDK significantly reduces mast cell-mediated allergic inflammation in in vitro and in vivo models. We suggest that AEDK reduces the release of histamine by modulating cAMP and intracellular calcium levels. AEDK inhibits the expression and secretion of inflammatory cytokines by suppressing NF-κB. We provide evidence that AEDK may contribute to the prevention or treatment of mast cell-mediated allergic inflammatory diseases. 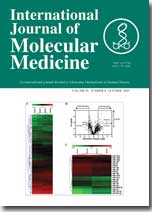