Public health officials in Mexico City were confronted with an outbreak of influenza late in the 2009 influenza season. The 2009 pandemic H1N1 virus contained a unique combination of genes from both North American and Eurasian swine lineages that had not been previously indentified in either swine or human populations (1,2). The pandemic 2009 H1N1 hemagglutinin (HA) was found to be antigenically and genetically distinct from the HA of contemporary human seasonal influenza H1N1 viruses, but had a greater similarity to the swine H1N1 influenza virus that caused an influenza outbreak among military recruits in Fort Dix, New Jersey, in 1976 (1,3). Little is known about the level of pre-existing immunity to 2009 H1N1 in humans, which is one of the determining factors for susceptibility to a novel influenza virus. Vaccination has been a mainstay of influenza prevention, with annual vaccination recommended for adults and children at high risk. However, vaccination with recent seasonal influenza vaccines induced little or no cross-reactive antibody response to the pandemic A/ H1N1 2009 influenza virus in any age group in human populations (4). Accordingly, most people had low immunity against this novel pathogen, thus resulting in the worldwide spread of the infection to produce a so-called ‘pandemic’.

A convenient method for the mass production of antibodies has been developed using the female ostrich (Struthio camelus) (5,6). The avian egg has proven to be an attractive source for the noninvasive production of antibodies, with applications in research, diagnosis and immunotherapy (7–9). In addition, the production of avian antibodies offers many advantages over mammalian antibodies with regard to the specificity for antigens, production cost and their uses (7). The predominant class of immunoglobulin in birds is immunoglobulin yolk (IgY), which is transferred from the serum to the yolk to confer passive immunity to the embryo (10,11). The ostrich grows to be 250 cm in height and 160 kg in weight, and their life span is appoximately 60 years. Ostrich eggs weigh approximately 1.5 kg and are 30-fold larger than chicken eggs. Ostrich can lay one hundred eggs every year. It is possible to purify about 2–4 g of IgY per ostrich egg. Accordingly, approximately 400 g of IgY can be obtained from only one ostrich in the course of a year. Therefore, the ostrich egg might provide an excellent source of antibodies for industrial purposes (5).

The present study demonstrated that a large amount of cross-reactive and neutralizing antibodies to the pandemic influenza virus A/H1N1 was generated by the ostrich using a simple and economical method involving immunization with a seasonal influenza viral vaccine.

A mixture of HA antigens of vaccine strains of seasonal influenza virus, A/NewCaledonia/20/99 (H1N1), A/ Hiroshima/52/2005 (H3N2) and B/Malaysia (The Kitasato Institute Research Center for Biologicals, Japan) was used as antigens for the immunization of the ostrich. The female ostrich were immunized intramuscularly in the lumber region at multiple sites with 30 μg of the mixture of HA. Boosters were administered every other week with each antigen. The eggs were then collected 4 weeks after the initial immunization. The yolk was separated from the albumin of the eggs and diluted 5-fold with TBS buffer [0.02 M Tris/HCl (pH 7.5), 0.15 M NaCl], and an initial 1/10-fold with 30% dextran sulfate in TBS and 2/3-fold with 2.5 M CaCl2 in TBS, and then stored at 4°C for at least 4 h. The supernatant containing the IgY was collected by centrifugation (10,000 × g at 4°C for 15 min) and precipitated with 45% saturated ammonium sulfate. The solution was centrifuged again at 10,000 × g at 4°C for 15 min. The precipitate was then redissolved in TBS and dialyzed against PBS. Finally, the purified antibody solutions were verified by 10% SDS-PAGE under non-reducing conditions and stained with Coomassie Brilliant Blue (CBB).

Each well of a polystyrene ELISA plate (Sumitomo Bakelite, Japan) was coated with 0.2 μg of HA antigens from each vaccine strain and pandemic A/H1N1 (Protein Science, USA), and the plate was incubated overnight at 4°C. Each of the following incubation steps was preceded by washing the wells twice with PBS containing 0.05% Tween-20. The wells were blocked for nonspecific binding by the addition of a commercial blocking buffer (DS Pharma Biomedical, Japan) and incubated at 37°C for 2 h. Serial dilutions of purified ostrich IgY generated by the seasonal influenza vaccine immunization were added vertically to the wells and kept for incubation at 37°C for 1 h. The HRP-conjugated rabbit IgG against ostrich IgY (5) diluted 1:5,000 in PBS was dispensed into each well. The plate was incubated for 1 h at 37°C and washed. A substrate buffer containing TMB (Sumitomo Bakelite, Japan) was added to each well and kept for incubation at 37°C for 15 min. The reaction was terminated by the addition of a stopping reagent (1.25 M sulfuric acid). The absorbance was recorded at 450 nm using an ELISA plate reader (DS Pharma Biomedical).

MDCK cells were independently infected with each influenza virus (102 TCID50) for 2–5 days at 35°C. The infected cells were fixed with 10% buffered formalin for immunocytochemistry. The cells were washed in PBS, incubated with the ostrich IgY generated by seasonal influenza vaccine immunization (1:4000) for 1 h at 37°C and incubated with FITC-conjugated rabbit IgG (1:4000) against ostrich IgY (5) following a sufficient number of washes in PBS. Finally, the specific signal was observed using fluorescence microscopy.

Serial dilutions of ostrich IgY were mixed with 8-HA units of each influenza virus in clear 96-well micro-test polystyrene assay plates (Becton Dickinson, USA). The plates were incubated for 30 min at room temperature. Guinea pig erythrocytes were added, pipetted gently, and incubation was carried out for another 45 min at room temperature. Each well was observed, and the HI titers were scored based on the HA titer with immune IgY versus the HA titer with preimmune IgY (a higher ratio indicates a stronger inhibitory activity of the antibody against the pandemic influenza virus).

Serial dilutions of ostrich IgY were mixed at a ratio of 1:1 with influenza viruses at 102 TCID50, incubated for 1 h at 37°C, and transferred to a microtiter plate with an MDCK cell monolayer. The cultures were incubated for 2–3 days at 35°C and inspected to determine the cytopathic effect (CPE). The neutralizing titer, expressed as the reciprocal of the IgY dilution at which virus growth is inhibited by 50%, was calculated by the number of virus negative wells and the IgY dilution (12).

IgY was purified from eggs produced by female ostrich immunized with a seasonal influenza vaccine. The molecular weight of purified IgY was ∼200 kDa (SDS-PAGE; data not shown). Each immunized ostrich egg yielded ∼4 g of IgY. The reactivity of the IgY to the seasonal and pandemic influenza viruses was estimated by ELISA. The antibody titers for each antigen of the seasonal A/H1N1, A/H3N2 and B viruses were increased dramatically in the ostrich yolk after immunization (Table I). In addition, it appeared that the antibody had a high cross-reactivity to the pandemic influenza viral antigens.

The HA activities of the influenza viruses were estimated using erythrocytes, since the viral strains in this study originated from sporadic cases of infection and their characteristics had not yet been clarified. The highest dilutions of viral fluids showing hemaggregation were scored as a single HA unit. Each strain of the influenza virus was used for HI testing at 8-HA units.

Hemaggregation by the seasonal A/H1N1, A/H3N2 and B viruses was dramatically inhibited by the ostrich IgY. Importantly, the hemaggregation activities of the pandemic influenza virus A/H1N1 were also impeded by the IgY (Table II). Accordingly, this antibody blocked the HA on the surface of the pandemic A/H1N1 virus as well as on the seasonal influenza viruses, and also inhibited the interaction of HA and erythrocytes, thereby leading to the inhibition of hemaggregation.

Inhibitory activity of ostrich IgY on hemaggregations by the pandemic influenza virus A/H1N1.

[i] Guinea pig erythrocytes were reacted with seasonal influenza viruses [A/Osaka/309/2007 (H1N1), A/Osaka/2587/2005 (H3N2), B/ Osaka/21/2005] and a pandemic virus [A/Osaka/2040/2009 (H1N1)pdm] after incubation with IgY. The activity of IgY against each of the viruses was represented as HI by a titer ratio: ‘the highest dilution of immune IgY indicating clear inhibition on hemaggregations’ versus ‘the highest dilution of preimmune IgY indicating clear inhibition on hemaggregations’. Higher HI titers indicated strong inhibitory activity of the antibody against aggregation by the viruses. Note that the ostrich IgY exhibits inhibitory activities on hemaggregation by a pandemic influenza virus as well as by all of the seasonal influenza viruses.

Neutralizing activities of ostrich IgY against the infectivities of seasonal and pandemic influenza viruses.

Hemagglutinin is essential for viral binding to cells and entrance into host cells. Therefore, these antigens are widely used in the vaccination against influenza in humans (13). The inhibition of HA antigens by antibodies is useful for protecting against these viral infections.

There is an increasing need for the development of antibodies for research, diagnostic and therapeutic purposes. However, antibodies from experimental mammals, including the mouse and rabbit, are not suited for industrial use because of their high production cost. The avian egg has proven to be an attractive source for the non-invasive production of antibodies, with applications in research, diagnosis and immunotherapy (8,9). A simple and economical method has been developed for the mass production of antibodies, and 4 g of IgY can be purified from one yolk; thus, 400 g of antibodies can be obtained from one female ostrich in one year (5). This suggests that anti-pandemic influenza virus antibodies can be provided in large quantities at a relatively low price using ostrich. Accordingly, the ostrich egg might provide an excellent source of antibodies for industrial purposes.

Recently, various types of facial masks and air-conditioner filters have been used for the prevention of airborne infections. However, the small influenza virus can pass through currently used filters, thus resulting in human infection, as the virus is still alive even after drying (14–16). Therefore, a high grade filter employing new prevention mechanisms must be developed. Ostrich IgY is being applied to filters, and can protect against influenza viruses by antigen-antibody reactions. In the present study, a large amount of cross-reactive neutralization antibodies against the various influenza viruses, including pandemic A/ H1N1, was produced in a cost-effective manner, indicating the potential of ostrich antibodies for industrial purposes. Filters impregnated with ostrich antibodies may therefore become a powerful tool for protecting humans against pandemic influenza viruses.

We thank Dr Tetsuo Kase at the Osaka Prefectural Institute of Public Health for providing the clinical strains of the influenza viruses. We also thank Dr Yoji Goto at The Kitasato Institute Research Center for Biologicals, Japan, for providing the HA antigens of the influenza virus vaccine strains. This study was supported in part by a Grant-in-Aid for Scientific Research (no. 21380182) from the Ministry of Education, Science, Sports and Culture, Japan. 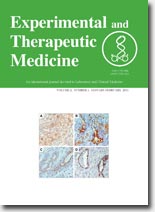