Reactive oxygen species (ROS) are key mediators of mammalian cellular damage and are associated with diseases such as aging, arteriosclerosis, inflammation, rheumatoid arthritis and diabetes. Type 1 diabetes develops upon the destruction of pancreatic β-cells, which is partly due to ROS activity. In this study, we investigated the cytoprotective and anti-oxidative effects of fractionated mulberry extracts in mouse insulin-producing pancreatic β-cells (MIN6N cells). Treatment with hydrogen peroxide (H2O2) induced significant cell death and increased intracellular ROS levels, lipid peroxidation and DNA fragmentation in the MIN6N cells. Fractionated mulberry extracts significantly reduced the H2O2-dependent production of intracellular ROS, 2,2-diphenyl-1-picrylhydrazyl (DPPH) radicals and lipid peroxidation. In addition, mulberry extracts inhibited DNA fragmentation induced by H2O2. Thus, the antioxidant properties of mulberry extracts in pancreatic β-cells may be exploited for the prevention or treatment of type 1 diabetes.

Reactive oxygen species (ROS) are derived from the metabolism of molecular oxygen and chemically reactive molecules containing oxygen, such as superoxide anion radicals (O2−), hydrogen peroxide (H2O2) and hydroxyl radicals (−OH). Under normal cellular conditions, ROS are primarily generated by mitochondrial respiratory metabolism and are then efficiently neutralized by cellular antioxidant defense mechanisms such as superoxide dismutase (SOD), catalase (CAT) and glutathione peroxidase (GPx) (1–3). However, the excessive generation of ROS during environmental stress results in significant oxidative damage to lipids, DNA and proteins (4). Such ROS-dependent damage can lead to dysfunction or cell death. Consequently, ROS have been implicated in the aging process, carcinogenesis, rheumatoid arthritis and inflammation (5). Excessive ROS are particularly deleterious in the pancreas, and their levels correlate with the loss of β-cell mass, islet destruction and dysfunction in diabetes (6).

Diabetes is a group of metabolic diseases in which a person has high blood sugar caused either by defective insulin production, insufficient insulin activity or both (7). Among the subtypes, type 1 diabetes is due to an absolute deficiency of insulin secretion resulting from the loss of β-cells upon autoimmune attack or oxidative stress (8). The major effects of insulin include the promotion of glucose uptake, the stimulation of glycogen synthesis in the liver and muscle, triglyceride formation and storage in adipocytes and an increase in protein synthesis (9,10). Insufficient insulin secretion and its downstream consequences thus lead to high blood sugar levels. Prolonged insulin dysfunction results in the progressive development of specific complications, including retinopathy with potential blindness, nephropathy that may lead to renal failure, neuropathy with risk of foot ulcers, limb amputation and cardiovascular disease (11). In modern medicine, there are no effective curative therapies for diabetes mellitus (12). In addition, current anti-diabetic therapies, such as insulin injection and hypoglycemic agents, usually have adverse side-effects and decreased efficacy over time (13,14). They can also be relatively ineffective against certain long-term diabetic complications and are associated with a high cost for patients and the health care industry (15,16). Therefore, the development of anti-diabetic natural products would be a promising solution for patients confronted with the negative side-effects of current anti-diabetic therapies (17).

In traditional medicine, several medicinal plants or their extracts are widely used in a number of countries for the treatment of disease. Morus alba (M. alba), the mulberry plant, belongs to this class of well-known natural medicinal species. M. alba belongs to the family Moraceae and the genus Morus and is a perennial, fast-growing woody plant that has a short proliferation period (18). Usually, 10–16 species of the genus Morus are found in subtropical, warm and temperate regions of Asia, Africa and North America. The roots and leaves of M. alba are used in Chinese traditional medicine for their various health benefits and for treating ailments. In recent studies, the antioxidant activity of parts of the plant, such as the roots and leaves in different model systems have also been documented (19–22). However, the potential effects of mulberry extracts, (the actual fruit of M. alba), in the treatment of diabetes are currently unclear.

To this end, in this study, we aimed to assess the effects of mulberry extracts on H2O2-induced oxidative injury in insulin-producing pancreatic MIN6N β-cells and to determine whether the extracts may be used in the treatment of type 1 diabetes.

An ethanol extract of the mulberry fruits (15 kg) was acquired by extraction with 70% ethanol (36 liters) for 24 h at room temperature 3 times. The solvent was filtered and evaporated under a vacuum to afford 2,200 g crude ethanol extracts (yield, 14.6%). The lyophilized crude ethanol extracts were successively fractionated with ethyl-acetate (EtOAc, MAE extract), n-butanol (BuOH, MAB extract) and water (H2O, MAH extract). Each fraction was evaporated in vacuo. The yields of the extracts and the fractions were as follows: 1.59% (EtOAc fraction), 10.23% (BuOH fraction) and 83.63% (H2O fraction).

The effects of the fractionated extracts (MAB, MAE and MAH) on DPPH radicals was estimated according to the Blois method (1). MAB, MAE and MAH were dissolved in EtOH over a concentration range of 10 to 500 μg/ml. Each sample solution (400 μl each) was mixed with DPPH solution (600 μl) and incubated for 30 min. to allow reactions. The absorbance of the resulting solution was measured at 520 nm using an ELISA microplate reader (Model 550; Bio-Rad Laboratories, Inc., Hercules, CA, USA).

The cytotoxic effects of the fractionated extracts in pancreatic MIN6N β-cells were evaluated using the 3-(4,5-dimethylthiazol-2-yl)-2,5-diphenyltetrazolium bromide (MTT) assay, which is based on the reduction of a tetrazolium salt by mitochondrial dehydrogenase in viable cells (23). The MIN6N β-cells were seeded in 12-well plates and incubated for 24 h. The cells were then treated with the fractionated extracts and incubated for 20 h at 37°C; 500 μg/ml MTT working solution were then added to each well followed by incubation for 2.5 h at 37°C. The violet formazan crystal in each well was dissolved in isopropyl alcohol and the absorbance of each well was measured at 570 nm using an ELISA microplate reader (model 550; Bio-Rad Laboratories, Inc.).

Analysis of the protective effects of mulberry extracts

To investigate the protective effects of the fractionated extracts against H2O2-induced cell death, the cells were first incubated with DMEM containing 0.5% FBS for 24 h. Following this, the indicated dose of the fractionated extract was added for 20 h, prior to treatment with 0.7 mM H2O2 for 4 h. Cell viability was measured by MTT assay. In brief, 500 μg/ml MTT solution were added to each well followed by incubation for 2.5 h at 37°C. The absorbance of each well was then measured at 570 nm using an ELISA microplate reader (model 550; Bio-Rad Laboratories, Inc.).

Lipid peroxidation was assayed using the thiobarbituric acid (TBA) reaction as previously described (24). In brief, the cells were seeded in 12-well plates and incubated for 24 h. Subsequently, the cells were treated with various concentrations of fractionated extracts for 20 h, followed by the addition of 0.7 mM H2O2 to each well. After 4 h of incubation, the cells were washed with cold PBS, harvested with 0.25% trypsin-EDTA and homogenized in cold 1.15% potassium chloride (KCl). A 100-ml aliquot of homogenized cells was then mixed with 0.2 ml of 8.1% sodium dodecyl sulfate, 1.5 ml of 20% acetic acid (pH 3.6) and 1.5 ml of 0.8% TBA. The solution was then heated to 95°C for 2 h. After cooling at room temperature, an BuOH/pyridine mixture (15:1, v/v) was added and the mixture was shaken for 5 min and then centrifuged at 1,000 × for 10 min. The supernatant was isolated and the absorbance was measured at 535 nm.

The MIN6N β-cells were labeled using the cell-permeable, DNA-specific fluorescent dye, Hoechst 33342 as previously described (25). Cells with homogeneously stained nuclei were considered viable, whereas the presence of chromatin fragmentation was indicative of H2O2-induced apoptosis (26). The MIN6N β-cells were seeded in 12-well plates. Twenty-four hours later, the cells were treated with various concentrations of fractionated extracts for 20 h, followed by further incubation for 4 h prior to exposure to 0.7 mM H2O2. Hoechst 33342 working solution was then added to each well, followed by 15 min of incubation at room temperature. Images of the stained cells were collected using a fluorescence microscope (Nikon), in order to examine the degree of DNA fragmentation.

All measurements are from at least 3 independent experiments and the values are expressed as the means ± SD. Statistical analysis was performed using the Student’s t-test. A value of p<0.05 was considered to indicate a statistically significant difference.

Cytotoxicity of fractionated extracts of mulberry in pancreatic β-cells

To determine the range of doses over which fractionated extracts of mulberry were non-toxic, MIN6N β-cell viability was measured by MTT assay (Fig. 2). Cell viability was >90% in the presence of all extracts, up to a concentration of 200 μg/ml and in the case of MAE, viability was still above this value (92%) at a 400 μg/ml dose.

Cytotoxicity of H2O2 in the MIN6N β-cells

To measure the cytotoxicity of H2O2, we treated the cells with various doses of H2O2 for 4 h. As shown in Fig. 3A, the concentrations of H2O2 at ≥0.7 mM markedly reduced cell viability, with cell death reaching approximately 57% at 0.7 mM H2O2. This dose of H2O2 also induced cell death in a time-dependent manner (Fig. 3B). We thus selected 0.7 mM H2O2 and an exposure time of 4 h for the subsequent experiments.

The protective effects of MAB, MAE and MAH in the H2O2-treated MIN6N β-cells were measured by MTT assay. The cells were pre-treated with various concentrations of MAB, MAE and MAH for 20 h, followed by treatment with H2O2 for 4 h. In these experiments, cell viability decreased to approximately 55% following treatment with H2O2 in the controls. Pre-treatment with 100 μg/ml MAB, MAE and MAH restored cell viability to 62, 75 and 63% of the control (Fig. 4), respectively. MAE was particularly effective in preventing H2O2-induced cell death. Thus, we conclude that all 3 extracts are capable of preventing cell death induced by oxidative stress.

Intracellular ROS levels in the H2O2-treated MIN6N β-cells were determined using the ROS-sensitive fluorescent probe, H2DCF-DA, which is cleaved by intracellular esterases into its non-fluorescent form, DCFH. This form, which is no longer membrane permeable, can be further oxidized by H2O2 to its fluorescent form, DCF (27). MAB, MAE and MAH were able to scavenge intracellular ROS in a dose-dependent manner. Consistent with its protective effects on cell viability, MAE was a much more effective suppressor of intracellular ROS compared with the other fractions. The ROS scavenging activity increased up to approximately 34% with 100 μg/ml MAE compared with the cells treated only with H2O2 (Fig. 5A).

Based on the above results, we hypothesized that the antioxidant properties of the extracts would reduce ROS-induced cellular damage, such as lipid peroxidation and DNA fragmentation.

ROS production contributes to metabolic disorders that accompany diabetes (29). Although the body has many natural defense systems to guard against the deleterious effects of ROS, a combination of aging and lifestyle choices can exacerbate their effects. Therefore, preventing the formation of ROS or scavenging intracellular ROS may be a useful treatment for several metabolic disorders.

In this regard, there is an increasing demand for alternative, safe and low-cost materials/substances with antioxidant properties isolated from natural sources. Some medicinal plants, including Vaccinium spp. and Rubus coreanus, both produce red pigments that are composed of anthocyanin derivatives and polyphenols, which are compounds with antioxidant activity (30–34).

Although M. alba is mainly used as a food supply to raise silkworms, its leaves and branches have been used in medicine to treat fever, liver injury and diabetes (35–38). However, the plant also produces compounds with potential antioxidant properties, and in this study, to our knowledge, we demonstrate for the first time that this can be exploited for protection against oxidative stress-induced death of pancreatic cells.

In conclusion, we demonstrate that mulberry extracts protect pancreatic β-cells against oxidate stress induced by H2O2 by limiting ROS production, which suggests that such extracts may prove useful in the treatment of diabetes. Finally, we suggest that additional studies are required to further define the mechanisms by which mulberry extracts attenuate oxidative stress and exert anti-diabetic effects in pancreatic β-cells.

This study was supported by the High Value-added Food Technology Development Program, Ministry of Agriculture, Food and Rural Affairs, Republic of Korea. 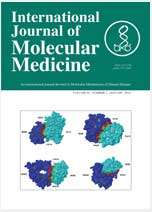