Expression of α-crystallin in the retina of human sympathetic ophthalmia

Sympathetic ophthalmia (SO) is a bilateral, granulo­matous, intraocular inflammation that occurs following a penetrating injury to one eye, and has the potential to cause blindness of both eyes. The aim of this study was to examine the expression of α-crystallin and to detect apoptotic cells in the retina of human eyes with SO. Five globes, including three with SO and two age-matched normal appearing retinae, were examined. Formalin-fixed, paraffin-embedded tissue sections were submitted to hematoxylin and eosin staining and immuno­histochemistry with anti-αA and αB-crystallin antibodies. Apoptotic cells were detected using the terminal deoxynucleotidyl transferase dUTP nick end labeling (TUNEL) method, and double-staining immunohistochemistry was conducted together with the TUNEL reaction. In normal-appearing retina, αA-crystallin immunoreactivity was predominantly detected in the cytoplasm of photoreceptors, where αB-crystallin was less marked. In SO globes, granulomatous inflammation was noted in the choroid, whereas the retina and choriocapillaris were preserved. Immunoreactivity for αA-crystallin was detected in the retina, as well as in the cytoplasm and inner/outer photoreceptor segments. By contrast, αB-crystallin was weakly noted in the SO retina. Double-staining immuno­histochemistry revealed no TUNEL-positive photoreceptors in the retina displaying high immunoreactivity for αA-crystallin, but photoreceptor apoptosis was noted where expression of αA-crystallin was relatively low. The present study demonstrated that αA-crystallin was up-regulated in the cytoplasm of photoreceptors in the SO retina. This may play a protective role in the suppression of photoreceptor apoptosis associated with intraocular inflammation. 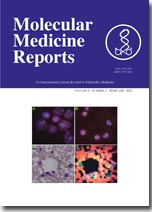