Attention-deficit hyperactivity disorder (ADHD) is a common neurobehavioral disorder that typically arises during childhood. Globally, 5–10% of school-aged children have ADHD and its prevalence is 3 times higher in males than females (1). ADHD is characterized by 3 major behavioral symptoms, inattention, hyperactivity and impulsivity. The exact causes of ADHD are unknown, although genetic, social, physical and environmental factors have been suggested to contribute to the etiology of the disease. ADHD is highly heritable and ~75% of cases are genetically associated (2). Hyperactivity is hypothesized to be caused by a genetic disorder, and the genetic alteration of dopamine transporters has since been suggested as a major cause of ADHD (3).

Dopamine is a neurotransmitter that regulates motor activity, attention and reward-seeking behaviors (4). Clinical and experimental studies have demonstrated a correlation between the transmission of dopamine with inattentive, hyperactive, aggressive and impulsive behaviors (5,6). The axons of dopamine neurons located in the substantia nigra are mainly situated in the dorsolateral striatum, forming the nigrostriatal pathway (7). Dopaminergic activity in the nigrostriatal pathway is affected by social interactions and social status (8). Disrupted dopamine signaling is implicated in the pathogenesis of numerous neurological disorders, including ADHD and Parkinson’s disease (9,10). Tyrosine hydroxylase (TH) catalyzes the rate-limiting step in the synthesis of catecholamine neurotransmitters, including dopamine, epinephrine and norepinephrine. TH converts L-tyrosine to L-3,4-dihydroxyphenylalanine (L-DOPA). TH activity is progressively decreased in correlation with the loss of dopamine neurons in the substantia nigra and striatum (10,11). TH immunohistochemistry is widely used to detect the injury or death of dopaminergic fibers and cell bodies (12,13). Dopaminergic signaling also affects physical activity (14). Hyperactivity is an important symptom of ADHD and anorexia nervosa, both of which are associated with altered dopaminergic signaling (2,15,16).

First-line treatment for ADHD consists of the α2-adrenoreceptor agonists, clonidine and guanfacin (23). Methylphenidate, the historical gold standard treatment for ADHD, inhibits dopamine and norepinephrine transporters. By contrast, atomoxetine is highly specific for norepinephrine reuptake inhibitors, with a low affinity for other monoamine transporters or neurotransmitter receptors (24). Atomoxetine is a well-tolerated non-stimulant medication that functions differently from other medications approved for the treatment of ADHD (24). However, these medications induce side-effects, including loss of appetite, sleep problems and mood disturbances (25). Thus, there is a need to develop alternative therapeutic drugs that possess fewer side-effects.

Physical exercise improves neurological impairments by increasing neurogenesis and the release of neurotransmitters, facilitating neuronal maturation and enhancing learning ability and memory capability in neuropsychiatric disorders (26–29). In pediatric ADHD patients, physical movement improved working speed and social behavioral problems, and reduced hyperactivity (30). The effect of treadmill exercise in ameliorating the symptoms of ADHD in spontaneous hypertensive rats (SHRs) has been reported (31). Swimming exercise has been demonstrated to be beneficial for the treatment of ADHD, for example, in the case of the Olympic athlete Michael Phelps (32). The possibility that swimming exercise is effective for relieving the symptoms of ADHD has been examined; however, the effects of swimming exercise on ADHD in correlation with the levels of dopamine and dopamine receptor expression have yet to be assessed.

Adult male SHRs and Wister-Kyoto rats, weighing 180±5 g (6 weeks old), were obtained from a commercial breeder (Orient Bio Co., Seoul, Korea). SHRs were used as animal models of ADHD, since they exhibit the major symptoms of ADHD, including inattention, hyperactivity and impulsiveness (33). In the present study, SHRs that demonstrated hyperactivity in the open-field test were used as the ADHD rats, while Wistar-Kyoto rats, which did not demonstrate hyperactivity, were used as the control rats, according to previously described methods (31,34).

The experimental procedures were performed in accordance with the animal care guidelines of the National Institutes of Health (NIH) and the Korean Academy of Medical Sciences. The animals were housed under controlled temperature (23±2°C) and lighting (08:00–20:00 h) conditions, with food and water available ad libitum. The animals were randomly divided into 4 groups (n=10 in each group): The control group (Wistar-Kyoto rats), the ADHD group (SHRs), the ADHD and swimming exercise group and the ADHD and atomoxetine treatment group. Rats in the atomoxetine treatment group received 1 mg/kg atomoxetine (Strattera®, Eli Lilly Co., Indianapolis, IN, USA) orally once a day for 28 consecutive days.

To confirm hyperactivity in the ADHD rats, the open-field test was conducted 1 day prior to the initiation of the experiment using a previously described method (31). The animals were randomly assigned to an order of testing and placed in a white square open-field arena (100×100 cm) made of wood, enclosed by 40-cm-high walls and exposed to strong illumination (200 lux). The arena was divided into 25 squares (20×20 cm), consisting of 9 central and 16 peripheral squares. The animals were placed in the center of the arena and were allowed to explore the environment for 1 min. Following this time, the number of squares crossed was recorded for 5 min. The activity of each rat was repeatedly assessed using the open-field test at 9, 18 and 26 days following the initiation of the experiment.

Rats in the swimming group were forced to swim for 30 min once a day, for a total of 28 days, according to a previously described method (35). The rats were placed individually in cylindrical tanks with a 30-cm diameter and a height of 85 cm. The cylindrical tank was filled with water at a temperature of 33±1°C and to a depth of 75 cm.

The social interaction test was performed 27 days following the initiation of the experiment, according to a previously described method (36). Two weight-matched rats selected from different cages were examined. While the normal rat was used as the partner rat, the test rat was marked with an oil pen and both rats were placed into the center of a test box (60×60 cm open field with sixteen 15×15 cm squares marked on the floor). The animals were closely observed and the interactions exhibited by the index rat were recorded over a period of 10 min. The social behaviors exhibited by the index rat were measured visually. The number of non-aggressive behaviors (genital investigation, sniffing, following and grooming) and aggressive behaviors (kicking, boxing, biting, crawling under or over the partner and touching the partner’s face) were recorded during the test period.

The elevated plus maze test is a well-established test used to determine the levels of impulsivity in rats. The elevated plus maze test was performed 28 days following the initiation of the experiment, according to a previously described method (37). The plus maze consisted of black plexiglas with two open arms (50×10×36 cm) and two closed arms (50×10×36 cm), arranged so that the two arms were opposite and connected by a central platform (10×10 cm). The whole plus maze was elevated 60 cm above the floor and illuminated by a 100-watt light bulb fixed 2 m above the maze floor. During the test, each rat was placed on the central platform of the maze with their head facing an open arm. The total time spent in the open arms was collected over a period of 7 min.

The rats were sacrificed immediately following the completion of the step-through avoidance test. The animals were anesthetized using Zoletil 50® (10 mg/kg, i.p.; Virbac Laboratories, Carros, France), transcardially perfused with 50 mM phosphate-buffered saline (PBS) and fixed with a freshly prepared solution consisting of 4% paraformaldehyde in 100 mM phosphate buffer (PB; pH 7.4). The brains were dissected and post-fixed in the same fixative overnight and transferred into a 30% sucrose solution for cryoprotection. Coronal sections of 40-μm thickness were cut using a freezing microtome (Leica, Nussloch, Germany). On average, 10 slice sections in the prefrontal cortex, substantia nigra and striatum were collected from each rat.

For the immunolabeling of TH in the prefrontal cortex, substantia nigra and striatum of each brain, TH immunohistochemistry was performed as previously described (13). Free-floating tissue sections were incubated overnight with mouse anti-TH antibody (1:1,000; Santa Cruz Biotechnology, Inc., Santa Cruz, CA, USA) and the sections were then incubated for 1 h with biotinylated anti-mouse secondary antibody (1:200; Vector Laboratories, Burlingame, CA, USA). The sections were subsequently incubated with avidin-biotin-peroxidase complex (Vector Laboratories) for 1 h at room temperature. Immunoreactivity was visualized by incubating the sections in a solution consisting of 0.05% 3,3′-diaminobenzidine (DAB) and 0.01% H2O2 in 50 mM Tris-buffer (pH 7.6) for ~3 min. The sections were then washed 3 times with PBS and mounted onto gelatin-coated slides. The slides were air-dried overnight at room temperature and coverslips were mounted using Permount® (Fisher Scientific, New Jersey, NJ, USA).

Western blotting for the detection of dopamine D2 receptor expression

Impulsivity was assessed using the elevated plus maze test. The latency of staying in the open arm in the elevated plus maze test is presented in Fig. 1E. The ADHD rats demonstrated an enhanced impulsive activity compared with the control rats (P<0.05), whereas swimming exercise and atomoxetine treatment inhibited impulsivity in ADHD rats (P<0.05).

Effects of swimming exercise on TH expression levels in the prefrontal cortex, substantia nigra and striatum

Photomicrographs of TH-immunoreactive fibers in the prefrontal cortex, TH-positive cells in the substantia nigra and TH-immunoreactive fibers in the striatum are presented in Fig. 2. TH expression levels were lower in the ADHD rats compared with the control rats (P<0.05). By contrast, swimming exercise and atomoxetine treatment increased TH expression levels in the ADHD rats (P<0.05).

Dopamine is an important neurotransmitter in the regulation of attention and cognitive function (16,38). Hypofunction of the dopaminergic system decreased reinforcement of previous behaviors. These conditions led to delayed aversion, the development of hyperactivity in novel conditions, impulsiveness, deficient sustained attention and increased behavioral variability (38). The dysfunction of dopamine signaling in the midbrain is one of the main mechanisms responsible for causing hyperactivity and memory deficits (3,16). Neuronal hypoactivity in the prefrontal cortex induced behavioral alterations similar to those observed in ADHD, including attention deficit and hyperactivity (2). Microdialysis studies demonstrated that norepinephrine and dopamine efflux was preferentially decreased within the prefrontal cortex of SHRs (39,40). Exercise is known to protect dopamine cell loss and increase dopamine levels, resulting in an improvement of symptoms caused by Parkinson’s disease and stressful conditions (10,41,42). Exercise also enhanced the recovery from nigrostriatal dopamine injury and altered dopaminergic neurotransmission in the nigrostriatal system (29). Treadmill exercise enhanced TH expression levels in the striatum and substantia nigra of ADHD rats (31).

Swimming exercise induced adaptive changes in the functional responsiveness of dopamine receptors in the nigrostriatal and mesolimbic systems, which were evident from the modification of behavioral responses (43). Aggressive behaviors are closely correlated with expression of dopamine D2 receptors in animals and humans, suggesting that mesocorticolimbic dopamine may be closely associated with permission of behaviors (44). Altered dopamine signaling may have a causal association with motor hyperactivity and may be considered as a potential endophenotype of ADHD (45). Chronic activation of dopamine D2 receptors decreased dopamine release and inhibited synapse formation (19). Dopamine D1 and D2 receptor function within the striatum may act to balance behavioral inhibition (46). Alterations in the activity of the dopamine D2 receptor are implicated in several neurological and psychiatric disorders, including schizophrenia, Parkinson’s disease, Huntington’s disease, Tourette syndrome, ADHD and drug addiction (47). Dopamine D2 receptor activation enhanced physical activity (20–22); however, impaired dopamine D2 receptor function is associated with decreased physical activity (48). 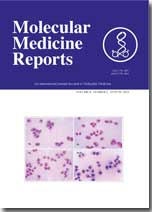