Glutamate has a key role in the neuronal cell damage associated with Alzheimer's and Parkinson's diseases. Liquiritin (LQ), a major constituent of Glycyrrhiza Radix, possesses various pharmacological activities. The present study investigated the neuroprotective effect of LQ against glutamate‑induced cell damage in the differentiated PC12 (DPC12) rat pheochromocytoma cell line. Pretreatment with 25 and 50 µM LQ for 3 h resulted in a significant increase in cell viability and inhibited excessive lactate dehydrogenase release in glutamate‑exposed DPC12 cells. LQ also ameliorated glutamate‑induced nuclear and mitochondrial apoptotic alterations, intracellular calcium overload and the abnormal expression of apoptosis‑related proteins, including cytochrome c, B‑cell lymphoma (Bcl)‑2 and Bcl2‑associated X protein. Treatment with LQ alone or in combination with glutamate was found to enhance the phosphoactivation of extracellular signal‑regulated kinases (ERKs), AKT and its downstream element glycogen synthase kinase‑3β (GSK3β), in a time‑dependent manner. However, no effect was observed on the expression of total‑ERKs, ‑AKT and ‑GSK3β. Furthermore, pre‑incubation with 10 µM PD98059 or LY94002, inhibitors of ERK and phosphatidylinositide 3‑kinase, respectively, for 30 min significantly suppressed the LQ‑induced increase in glutamate‑exposed DPC12 cell viability. To the best of our knowledge, the present study provides the first experimental evidence that LQ has a neuroprotective effect against glutamate toxicity in DPC12 cells, predominantly through the ERK and AKT/GSK‑3β pathways. Therefore, LQ may have potential for the treatment of neurodegenerative diseases.

Glycyrrhiza Radix has been used as a treatment for thousands of years in China and its major components have been reported to exhibit various pharmacological activities, including anti-inflammatory (1), -obesity (2), -viral (3), -oxidative (4) and neuroprotective (5) effects. Liquiritin (LQ), one of the major compounds extracted from Glycyrrhiza Radix, possesses anti-depressant-like effects, as has been indicated by tail-suspension and forced swimming tests in mice (6). LQ also exerts neurotrophic effects, whereby it promotes nerve growth factor (NGF)-induced neurite outgrowth (7). The chemical structure of LQ is shown in Fig. 1. A previous study has reported that LQ may exert neuroprotective effects in cerebral ischemia/reperfusion-induced brain damage through antioxidant and anti-apoptotic mechanisms (8). However, the neuroprotective effect of LQ against glutamate-induced cell damage has not yet been elucidated.

Glutamate, an important neurotransmitter in the vertebrate nervous system, has a key role in learning and memory (9). Glutamate-mediated excitotoxicity occurs as part of the ischemic cascade (10) and is associated with numerous diseases, including amyotrophic lateral sclerosis, autism, Alzheimer’s disease and certain forms of mental retardation (9). Several signaling pathways are involved in the regulation of glutamate-induced neurotoxicity (11,12). Extracellular signal-regulated kinases (ERKs) and AKT signaling pathways have been proposed to contribute to cell differentiation, proliferation, survival and apoptosis (13–15). Furthermore, previous studies have demonstrated that glutamate significantly downregulates AKT and ERK phosphorylation (16,17). A previous study has also shown that sodium ferulate protects cortical neurons against glutamate-induced apoptosis through phosphatidylinositide 3-kinase (PI3K)/AKT and ERK signaling pathways (17).

Cell viability was measured using a quantitative colorimetric assay with MTT (Sigma-Aldrich) as described previously (18). Briefly, PC12 cells were seeded onto 96-well plates at a density of 2×104/well and differentiated using NGF. Cells were pretreated with 25 and 50 μM LQ (purity >98.0%; Shanghai Source Leaves Biological Technology Co., Ltd., Shanghai, China) for 3 h and co-treated with 20 mM glutamate for 24 h. In separate experiments, DPC12 cells underwent 30 min pretreatment with 10 μM PD98059, an ERK inhibitor, or 10 μM LY294002, a PI3K inhibitor. Cells were then treated with 25 or 50 μM LQ for 3 h, prior to exposure to 20 mM glutamate for 24 h. Treated cells were subsequently incubated with MTT solution (0.5 mg/ml) for 4 h at 37°C in the dark. The absorbance was measured using a microplate reader (Bio-Rad Laboratories, Inc., Hercules, CA, USA) at 540 nm. The viability of the treated cells was expressed as a percentage of that of the corresponding control cells.

The In Vitro Toxicology Assay kit (Sigma-Aldrich) was used to detect LDH release in the culture medium. PC12 cells were seeded onto six-well plates at a density of 1×105/well and were differentiated using NGF. DPC12 cells were pretreated with 25 and 50 μM LQ for 3 h and then co-treated with 20 mM glutamate for 24 h. The medium in each treatment group was collected individually. A total of 60 μl mixed assay solution was added to 30 μl culture medium. Following incubation at room temperature in the dark for 30 min, 10 μl 1 N HCl was added to terminate the reaction. Absorbance was spectrophotometrically measured at a wavelength of 490 nm. LDH release in the treatment groups was expressed as a percentage of the LDH released in the control group.

Annexin V and propidium iodide (PI) double staining was used to determine alterations in cell apoptosis. PC12 cells were seeded onto six-well plates at a density of 1×105/well and differentiated. DPC12 cells were then pretreated with 25 and 50 μM LQ for 3 h, prior to co-treatment with 20 mM glutamate for 24 h. Subsequent to collection, cells were suspended in binding buffer containing 20 μg/ml Annexin V-fluorescein isothiocyanate and 50 μg/ml PI, and incubated for 20 min at room temperature. Cell apoptosis rate was analyzed using a flow cytometer (FC500; Beckman Coulter, Inc., Brea, CA, USA).

Cells were stained with Fluo-4 AM (Invitrogen Life Technologies) at a final concentration of 5 μM in order to determine the intracellular Ca2+ concentration. PC12 cells were seeded onto confocal dishes at a density of 1×105 cells/well and differentiated. Subsequent to pretreatment with 25 μM LQ for 3 h and co-treatment with 20 mM glutamate for 12 h, cells were incubated with Fluo-4 AM for 30 min at 37°C in the dark. Following three washes with phosphate-buffered saline (PBS), the fluorescence intensity was determined using laser scanning confocal microscopy (Axio Observer Z1; Carl Zeiss, Oberkochen, Germany) with an excitation wavelength of 488 nm and an emission wavelength of 520 nm at a magnification of ×20.

5,5′,6,6′-Tetrachloro-1,1′,3,3′ tetraethylbenzimidazolylcarbocyanine iodide (JC-1; Sigma-Aldrich) staining was used to examine alterations in Δψm. PC12 cells were seeded onto confocal dishes at a density of 1×105 cells/well and differentiated. Subsequent to pretreatment with 25 μM LQ for 3 h and co-treatment with 20 mM glutamate for 12 h, cells were incubated with 2 μM JC-1 at 37°C for 10 min in the dark. Following three washes with PBS, changes in mitochondrial fluorescence were examined using a fluorescent microscope (Axio Observer Z1; Carl Zeiss) at a magnification of ×20. Red fluorescence was observed in healthy cells with a high Δψm and green fluorescence was apparent in apoptotic or unhealthy cells with a low Δψm (19).

One-way analysis of variance was used to detect statistical significance, followed by post hoc multiple comparison tests. Data are expressed as the mean ± standard deviation. A value of P<0.05 was considered to indicate a statistically significant difference.

In DPC12 cells exposed to 20 mM glutamate, LDH release was observed to be 39% greater than that in the control cells (P<0.001). However, pretreatment with 25 μM LQ was found to significantly suppress LDH release to levels 20% higher than those in the control cells (139 vs. 120%, P<0.001) (Fig. 2B). Furthermore, flow cytometry revealed that LQ reduced the proportion of apoptotic cells compared with the cells solely exposed to glutamate (Fig. 2C).

Fluo-4 AM staining was used to assess the changes in Ca2+ concentration in DPC12 cells. In cells exposed to 20 mM glutamate for 12 h, high Ca2+ influx was observed, as indicated by the increase in fluorescence intensity. Pretreatment with 25 μM LQ was found to reduce this Ca2+ overload (Fig. 3A).

Mitochondrial function is one of the factors responsible for cell apoptosis. JC-1 staining revealed that pretreatment with 25 μM LQ (21) significantly restored the glutamate-induced dissipation of Δψm, as indicated by an increase in red fluorescence in the LQ-pretreated cells compared with those treated solely with glutamate (Fig. 3B).

The present study investigated the neuroprotective effect of LQ against glutamate-induced cell damage and its underlying mechanism. LQ was found to significantly attenuate the glutamate-induced decrease in DPC12 cell viability and apoptotic alterations, including mitochondrial function, the expression of apoptosis-related proteins, intracellular Ca2+ concentration and LDH release. Furthermore, the activation of ERKs and AKT/GSK-3β was found to contribute to LQ-mediated neuroprotection.

Dissipation of Δψm and elevated mitochondrial cyto c release were observed in glutamate-exposed DPC12 cells. Experimental evidence has indicated that mitochondria have a key role in executing important intracellular events associated with neuronal survival and apoptosis (21). Certain apoptosis-related proteins, including Bcl-2 and Bax, target the mitochondria and induce mitochondrial swelling or increase the permeability of the mitochondrial membrane. This leads to the efflux of apoptotic effectors from the mitochondria (22,23). Cyto c, released from mitochondria, serves as a regulatory factor in morphological apoptosis-related changes (24). In the present study, after 3 h pretreatment with LQ, the glutamate-induced dissipation of Δψm was markedly restored and the expression of Bcl-2, Bax and cytosolic cyto c was normalized. These findings indicate that the neuroprotective effect of LQ may, at least partly, be attributed to its restoration of Δψm through upregulation of the activity of mitochondria-dependent apoptotic molecules.

AKT activation is associated with cell survival and proliferation (25). GSK-3β, a constitutively active enzyme substrate of AKT, is inactivated by P-AKT (26). It has been reported that GSK-3β inactivation is involved in the guanosine-mediated protective effects against glutamate-induced cell death in SH-SY5Y cells (26). Furthermore, GSK-3β inhibition has been found to protect against ischemia/reperfusion organ injury (27). In the present study, exposure to LQ alone or in combination with glutamate was observed to markedly enhance P-AKT and P-GSK3β levels in a time-dependent manner in DPC12 cells compared with untreated cells. In addition, pretreatment with the PI3K/AKT inhibitor LY294002 was found to partially antagonize the LQ-induced increase in cell viability. Furthermore, the increase in AKT activation observed upon pretreatment with LQ resulted in an increase in GSK3β phosphorylation, which has an important role in LQ-mediated neuroprotection. Previous studies have suggested that the activation of AKT regulates the expression of Bcl-2 (28). The AKT/Bcl-2 pathway contributes to the protective effect of sodium ferulate in cultured cortical neurons (17). Bcl-2 acts as an upstream checkpoint of mitochondrial function (29); therefore, the findings of the present study may indicate that mitochondrial function is associated with AKT activation in LQ-exposed DPC12 cells.

ERKs were also analyzed in the present study. Treatment with LQ alone or in combination with glutamate was found to induce rapid phosphorylation of ERKs, whereas glutamate treatment alone was observed to reduce P-ERK expression. PD98059 diminished the protective effect of LQ against the glutamate-induced neurotoxicity and reduction in cell viability. It has previously been reported that the inhibition of ERKs using a specific inhibitor results in downregulation of Bcl-2 (30). These findings suggest that the protective effect mediated by LQ may be achieved through ERK pathways, which may be associated with mitochondrial function.

In conclusion, to the best of our knowledge, the present study provides the first experimental evidence that LQ has a neuroprotective effect against glutamate-induced cell damage, and that this effect is associated with ERK and AKT/GSK3β pathways in DPC12 cells. These findings suggest that LQ may have potential as a therapeutic agent for the treatment of neurodegenerative diseases and neural injury.

This study was supported by a grant from the National Science and Technology support program of P.R. China (grant no. 2012BAL29B05). 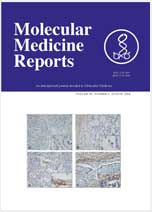