Normal somatic cells have a finite number of divisions, a limited capacity to proliferate. Human telomeres contain TTAGGG repeats which are considered a molecular clock marker. The gradual and progressive telomere shortening at each replicative cycle is associated, through the activation of pRB and p53 pathways and genomic instability, to the replicative senescence, a non-dividing state and widespread cell death. There is no information available about telomere status in individuals who live long and have been exposed to ionizing radiations (IR). To determine the telomere stability, we examined telomeres at metaphase, G2-type chromosome aberrations after IR treatment and karyotypic analysis of 15 individuals. Three individuals were above the age of 80 years and 1 among the 3 was estimated to have received more than 10 Gy of occupational exposure about 30 years back. The other 12 were cancer patients that had received more than 50 Gy of γ-radiation for therapeutic purposes. No telomere instability or defective G2 chromosome repair was found in 3 individuals above the age of 80 years. Whereas, 3 out of 7 prostate and 1 out of 5 breast cancer patients showed higher G2-type chromosome damage as well as a high frequency of telomeric association (also known as chromosome end associations) along with frequent loss of telomeres. Present studies demonstrate that telomere stability along with normal G2 chromosome repair correlates with the longevity of human beings, whereas defective G2 chromosome repair and telomere instability correlate with the radiotherapy related late toxicity. 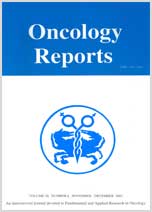