The implication of telomerase activity and telomere stability for replicative aging and cellular immortality (Review).

Telomerase and telomeres have been shown to be involved in the control of cell proliferation, the regulation of cell senescence and the unlimited proliferation capacity of malignant cells. Human telomeres are specialized chromosomal end structures composed of TTAGGG repeats. They function to protect chromosomes from degradation, fusion and recombination. Since the termini of linear molecules are replicated only in the 5'-3' direction by conventional DNA polymerases and require an RNA primer to initiate DNA synthesis, the removal of the RNA primer results in DNA loss with each cell division. To date, telomere shortening has been observed in most dividing somatic cells, eventually leading to cell senescence when critically short telomeres are reached. Telomerase has been identified as a ribonucleoprotein enzyme that can synthesize telomeric repeats onto chromosomes. Borderline telomerase activity has been detected in human primitive hematopoietic cells and in stimulated lymphocytes which increased with cytokine induced ex vivo expansion. However, in most other normal somatic cells, telomerase has not been detected, and consequently telomere shortening can be anticipated after a limited number of population doublings. In contrast, spontaneously immortalized tumor cell lines and the majority of malignant tumors demonstrate high telomerase activity, stable telomere length and unlimited proliferative potential. Mechanisms for telomerase and telomere length regulation are under extensive investigation. These have included the cloning of the RNA component and telomerase associated proteins, antisense experiments that have demonstrated progressive telomere length shortening in the absence of telomerase, and the identification of telomere binding proteins which may regulate telomerase by creating a negative feedback signal. This review aims to summarize important results in the rapidly moving field of telomeres and telomerase. 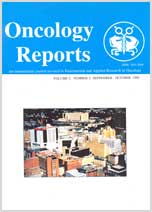