Tumor metastasis to the lymph nodes is a defining feature of cancer progression and is associated with poor prognosis. A number of studies have demonstrated that tumor-induced lymphangiogenesis plays an important role in the metastatic progression of tumors (1,2). Notably, studies on the correlation between tumor-associated macrophages (TAMs) and metastases of cervical (3), lung (4) and skin cancers (5) have led to the discovery of the role of TAMs in tumor formation, growth, invasion and metastasis. Vascular endothelial growth factor-C (VEGF-C) acts predominantly via VEGF receptor-3 (VEGFR-3), a receptor expressed on the surface of lymphatic endothelial cells, and plays a critical role in lymphangiogenesis. Studies have also revealed that VEGF-C is expressed in more than half of human solid tumors, and its expression level correlates with tumor-lymph node metastasis (1,2,6). One hypothesis is that TAMs secrete VEGF-C to promote lymphangiogenesis either by inducing hyperplasia via enhanced budding from the existing lymphatic vessels or by directly transforming the lymphatic endothelial cells (7). A recent study demonstrated that VEGF-C expressed by TAMs is closely related to lymph vessel invasion (LVI) in breast cancer (8). However, the role of TAMs and secreted VEGF-C in lymphangiogenesis in breast cancer patients remains to be elucidated. A highly specific and sensitive lymphatic marker, D2-40 (9) may be used to study the correlation between tumor-induced lymphangiogenesis and tumor metastasis. In this study, we performed immunohistochemical double-staining to detect CD68, VEGF-C, D2-40, and Ki-67 expression in 75 clinical breast tumor tissues. We also examined the percentage of TAMs expressing VEGF-C and determined the lymphatic microvessel density (LMVD) and lymphatic endothelial cell proliferation (LECP) in breast cancer tissues in order to elucidate the effect of TAMs on lymphangiogenesis and lymphatic metastasis of breast cancer.

We studied paraffin-embedded breast cancer tissue specimens confirmed by pathological analysis obtained from 75 patients at the Jinhua People’s Hospital from January 2006 to June 2008. Each block of paraffin contained the intratumoral and peritumoral areas. Peritumoral was defined as the location in pre-existing mammary stroma at a maximal distance of 2 mm from the tumor periphery. The patients from whom these specimens were obtained had not received any chemotherapy or radiotherapy prior to surgery. The 75 patients consisted of 1 male and 74 females. A total of 73 had infiltrating ductal carcinoma, while 2 had Paget disease. A total of 34 cases had lymph node metastasis, while 41 cases did not. The age of the patients ranged from 42 to 63 years, and the average age at diagnosis was 52.05±9.71 years. According to the 6th edition of the American Joint Committee on Cancer (AJCC) tumor-node-metastasis (TNM) staging system, the number of cases in stages 0, I, II, III, and IV were 3, 23, 39, 8 and 2, respectively. This study was approved by the institutional review board of the Jinhua People’s Hospital (Jinhua, China) and written informed consent was obtained from each participant.

In the double-stained sections, cells with dark purple cytoplasmic membranes were positive for CD68 and D2-40 antigens, which indicated that they were macrophages and lymphatic endothelial cells, respectively. Ki-67 staining was performed to detect the ability of the tumor to induce lymphangiogenesis. Cells that expressed VEGF-C and Ki-67 stained dark red in the cytoplasm and nucleus, respectively. Thus, a dark purple cytoplasm and membrane with dark red particles in the cytoplasm indicated that the cell was a VEGF-C-expressing macrophage, and a dark purple membrane with a dark red nucleus indicated that the cell was a proliferating lymphatic endothelial cell. The method used to count the TAMs was based on the study reported by Schoppmann et al(1). Briefly, we selected 3 zones in the region that demonstrated the most intense staining for TAMs under low magnification (×40 and ×100), and we then counted the TAMs in these zones under high magnification (×200, 0.7386 mm2). For analysis, we considered the average of the 3 counts. Next, we counted the number of TAMs that were positive for VEGF-C expression and determined the VEGF-C positive expression rate in the TAMs. A cavity with the following features was identified as a lymph microvessel: D2-40-positive endothelial cells, intact wall, no muscle or fibrous wall and no red blood cells. LMVD of the intratumoral and peritumoral areas was determined according to the method reported by Omachi et al(10). First, we identified the region that was the most intensely stained for D2-40 (hot region) under low magnification. We then selected 3 zones in the hot region and counted the average number of lymphatic microvessels under high magnification (×200). LECP was calculated according to the method reported by Van der Auwera et al(9) and presented as a percentage. Thus, this method involves counting the number of Ki-67 positive cells per 100 endothelial cells of the lymphatic microvessels. According to Arnaout-Alkarain et al(11), LVI was considered positive by Ki-67 staining in the D2-40-positive lymphatic microvessels in the tumor stoma. All researchers involved in the counting and measuring processes were unaware of the stage of the clinical specimens.

SPSS 14.0 software was used to evaluate the statistical difference. The data were expressed as the mean ± SD and compared using Student’s t-test and F-test. The correlation analysis was performed using the Pearson method. P<0.05 were considered indicate a statistically significant difference.

High expression of CD68 was observed in all specimens obtained from the 75 breast cancer patients. The membrane and cytoplasm of CD68-expressing cells stained dark purple. Dark red particles in the dark purple cytoplasm indicated VEGF-C-expressing TAMs (Fig. 1). TAMs were morphologically different from other macrophages; they were generally larger, oval or irregular in shape, and had abundant cytoplasm. In addition, they were not distributed evenly in the peritumoral and intratumoral regions; the distribution was dense in the former and scanty in the latter (Fig. 2). VEGF-C expression was observed in a variety of cells, but mainly in the breast cancer cells and inflammatory cells (particularly in the TAMs) in the tumor stroma. While the tumor cells demonstrated weak expression of VEGF-C, the stromal cells surrounding the tumor, particularly the TAMs, demonstrated strong expression. In our specimens, the number of TAMs was 133.96±46.96. The average abundance of VEGF-C-positive cells was 29.56±13.93% in the peritumoral areas, while those in the intratumoral areas it was 60.43±20.23 and 28.02±15.30%, respectively. The number of TAMs in the peritumoral areas was significantly greater than that in the intratumoral areas (P<0.001; Table I), which was correlated with increased VEGF-C expression.

a P<0.001 compared with intratumoral areas.

Correlation between peritumoral LMVD and LECP and lymph node metastasis

Comparison of LMVD and LECP in the presence or absence of lymph node metastasis and LVI.

Comparison of total number of TAMs and VEGF-C-positive TAMs in the peritumoral regions in the presence or absence of lymph node metastasis and LVI.

b P<0.05 compared with the negative group.

TAMs account for approximately 30–50% of the inflammatory cells in the tumor stroma and, thus, represent the predominant inflammatory cell type in this region (12). Increasing evidence demonstrates that TAMs play a role in promoting tumorigenesis, growth, invasion and metastasis (particularly tumor angiogenesis and lymphangiogenesis). A plausible mechanism to account for these observations involves autocrine secretion of various growth factors and inhibitory cytokines that promote the formation of blood vessels and lymphatic vessels (7,12,13). The majority of studies on the function of TAMs in lymph node metastasis involved immunohistochemical analysis. Certain studies have investigated VEGF-C expression in TAMs. However, in the majority of the studies, only a single marker was used. These studies failed to exactly compare the expression and distribution of VEGF-C in TAMs as VEGF-C is expressed in the TAMs as well as in a variety of cells, including the tumor cells. Recently, it has been revraled that both TAMs and various cancer cell types, including cervical cancer cells and epidermal squamous carcinoma cells, express VEGF-C and/or VEGF-D. Together, VEGF-C and VEGF-D bind VEGFR-3 and activate the MEK/ERK and PI3-kinase/Akt pathways to stimulate lymphatic endothelial cell mitosis and proliferation and promote lymphangiogenesis in the peritumoral areas. This, in turn, induces tumor metastasis (3,5). Our study differs from previous studies in that double-staining was performed. This technique allowed unambiguous determination of VEGF-C expression specifically within TAMs. In our study, we identified that tumor cells weakly express VEGF-C, while TAMs markedly express VEGF-C. Moreover, the total number of TAMs and those specifically expressing VEGF-C were both significantly higher in the peritumoral areas compared to the intratumoral areas. TAMs are the primary source of VEGF-C in breast cancer tissue. Thus, we suggest that TAMs may promote lymphangiogenesis in one of two ways - either by inducing hyperplasia via budding from the existing lymphatic vessels or by directly transforming the lymphatic endothelial cells. As a result, LMVD and LECP would also be expected to be elevated in the peritumoral regions.

As predicted, our data demonstrated that LMVD and LECP in the peritumoral areas were much higher than in the intratumoral areas. Our results are consistent with those from numerous previous studies (14–18), which have also primarily observed lymphangiogenesis in the peritumoral areas. Peritumoral lymphatic vessels were considered to be the main channel for lymph node metastasis. Recently, 107 cases of breast cancers with lymph node metastasis were analyzed. The study found that inflammatory infiltration and VEGF-C expression in macrophages are closely related to LVI (LVI plays an important role in tumor-induced lymphangiogenesis and lymphatic metastasis) (8). However, that study differed from the present study as the former used podoplanin as a marker to identify lymphatic vessels and failed to detect LECP. Additionally, in our study, the total number of TAMs and those specifically expressing VEGF-C were positively correlated with LMVD and LECP. This suggests that a higher number of TAMs and increased expression of VEGF-C in TAMs are causal factors resulting in increased LECP and LMVD in the peritumoral areas. This is notable, particularly when compared to other studies. Statistics from previous studies have revealed low correlation between 4 separate data sets. While it is unclear whether this is simply due to selection bias when counting, the data is nonetheless intriguing. Significantly, an additional study limited its focus to the peritumoral area, and no correlation data was presented for the intratumoral area (19). This further factor that makes our study presented here unique. One possible explanation for our results is that cancer cells recruit a large number of TAMs to the tumor stroma; these TAMs secrete large amounts of VEGF-C that bind to VEGFR-3 and activate a variety of signaling pathways, including MEK/ERK and PI3-kinase/Akt. Notably, activation of these signaling pathways by VEGF-C was revealed to stimulate lymphatic endothelial cell proliferation, angiogenesis and lymphangiogenesis in a rat tumor model (20). This study, in addition to several other preclinical and clinical studies, support the role of VEGF-C in tumor progression (20–23).

The results from this study reveal that the total number of TAMs and particularly those expressing VEGF-C are significantly higher in the peritumoral regions associated with lymph node metastasis. It is unclear whether this is simply an association or whether the TAMs in this region support the metastatic process. Despite this fact, this is an unique observation that has not been studied in detail in previous studies. Thus, our findings support a potential role for VEGF-C-expressing TAMs in peritumoral regions in the metastatic process and support the need for further investigation.

We have revealed that the formation of new lymphatic vessels is closely related to metastasis. We provide strong evidence that TAMs induce lymphangiogenesis in the peritumoral areas through VEGF-C secretion. This leads to an increase in LMVD and eventually promotes lymph node metastasis in patients with breast cancer. 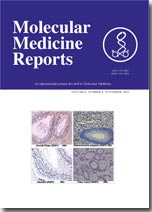