Effect of metformin on apoptosis, cell cycle arrest migration and invasion of A498 cells

Previous studies have demonstrated that metformin (Met) may reduce the risk of cancer development. In the present study, the anti‑cancer effects of Met in A498 cells were investigated. It was found that Met inhibited A498 cell proliferation in a time‑ and dose‑dependent manner, as well as induced the activation of AMP‑activated protein kinase. It was also demonstrated that Met promoted A498 cell apoptosis and mechanistic studies suggested that this was mediated by the downregulation of B‑cell lymphoma 2 and concurrent upregulation of Bcl‑2‑associated X protein. In addition, it was observed that Met induced G1 cell cycle arrest by decreasing cyclin D1 expression. Furthermore, the results demonstrated that Met reduced A498 cell migration and invasion in vitro by decreasing matrix metalloproteinase‑2, which indicated its potential to inhibit renal cancer metastasis. In combination, these results provide evidence that Met is important in anti‑renal cancer therapy, and thus may serve as a novel and efficient agent for renal cancer treatment.

Renal cell carcinoma (RCC) accounts for ~90–95% of all kidney neoplasms (1,2) and surgery remains the only definitive treatment for RCC (3). Approximately one third of patients with RCC present with metastases at diagnosis and 40% of patients develop metastases following nephrectomy (4). RCC is highly refractory to conventional therapeutic strategies, including radiotherapy, chemotherapy and hormonal therapy (5,6). There are a number of options for the treatment of metastatic RCC (mRCC), including molecular targeting drugs and immunotherapy (7), however, novel therapeutic targets are urgently required for controlling the development of mRCC.

Metformin (Met) is a widely prescribed anti-diabetic agent and is used as first-line therapy for patients with type 2 diabetes mellitus (8). In addition to its anti-diabetic effect, Met has previously been demonstrated to exhibit anti-cancer effects. Observational studies have revealed that diabetics who take Met have a lower risk of cancer incidence (9,10). A number of studies have also demonstrated that Met inhibits cancer cell proliferation, migration and invasion by activating AMP-activated protein kinase (AMPK) (11,12). These studies indicate that Met may be important in cancer protection.

In the present study, the anti-proliferative and anti-metastatic effects of Met on A498 cells were investigated in vitro, as well as the molecular mechanisms underlying the anti-cancer effects of Met in order to determine the potential of Met as a novel chemotherapeutic drug.

A498 cells (3×103 cells/well) in 100 μl medium were seeded in 96-well plates. Following 12 h, the medium in each well was replaced with medium containing different concentrations of Met (16 and 32 mM) and incubated for 24 h. Cell viability was then determined using the MTT assay as previously described (13). The absorbance values were determined using a microplate reader (Bio-Rad, Hercules, CA, USA).

Effect of Met on cell morphology

When A498 cells reached 60% confluence, the cells were washed with phosphate-buffered saline and then exposed to 16 mM Met for 48 h. The morphology of treated A498 cells was observed under a microscope (Olympus, Tokyo, Japan) and photomicrographs were captured with an Olympus digital camera (Olympus).

A498 cells were seeded in 24-well plates. Following incubation with Met (16 mM) for 24 h, each well was scratched using a 200 μl pipette tip, and further incubated at 37°C with Met (16 mM). Images of the scratch area were then captured following 24 h and the distance between the two cell edges was analyzed using ImageJ software (National Institutes of Health, Bethesda, MA, USA).

The transwell system (24 wells, 8 μm pore size with polycarbonate membrane; Corning Costar, Lowell, MA, USA) coated with 2 mg/ml basement membrane Matrigel (BD Biosciences, Franklin Lakes, NJ, USA) was used for the in vitro invasion assays. Briefly, A498 cells were pretreated with Met (0, 16 and 32 mM) for 24 h and then seeded (at a density of 5×105) into the upper chamber using serum free medium. DMEM, containing 20% FBS and Met (0, 16 and 32 mM), was then added to the lower chamber. Following 24 h of incubation, the cells attached to the lower surface were fixed with methanol and stained with 0.1% crystal violet. Five fields of vision were randomly selected for each chamber and the number of cells was counted under a light microscope (Olympus) and analyzed statistically.

For the migration assay, the cells were seeded in upper chambers without Matrigel. The rest of the assay was performed as the invasion assay. The number of cells on the lower surface was counted in five randomly selected fields and the cell number was then analyzed statistically.

Flow cytometric analysis of the cell cycle and apoptosis

Briefly, 1×105 cells/well were cultured in 6-well plates and incubated overnight. The cells were then treated with 0, 16 and 32 mM Met for 48 h. Following treatment, the cells were harvested and resuspended in 100 μl binding buffer. The cells were then incubated with RNase for 30 min at 37°C and 5 μl propidium iodide (PI) was added, followed by a 10 min incubation in the dark. The samples were subsequently analyzed using flow cytometry and the percentage of cells in each phase was determined using WinMDI V2.9 software (The Scripps Research Institute, San Diego, CA, USA).

Student’s two-tailed t-test was used to determine statistical differences between the treatment and control cells. P<0.05 was considered to indicate a statistically significant difference. All data are presented as the mean ± standard deviation of three independent experiments.

Met inhibits the proliferation of A498 cells

Effect of Met on the cell morphology of renal cancer cells

The alterations in the morphology of A498 cells following treatment with Met (16 mM) for 48 h are shown in Fig. 1B. Met caused A498 cells to lose plasma membrane integrity and the majority of the cells became lean and thin.

Met induces apoptosis of A498 cells

To detect and quantify the extent of apoptosis induced by Met, PI staining was used to analyze the percentage of apoptotic cells. As shown in Fig. 3, the total percentage of apoptotic cells increased from 2.64% in non-Met treated A498 cells to 8.70 and 15.20% in Met-treated cells (16 and 32 mM, respectively) following 48 h (**P<0.01). These results indicate that Met induced apoptosis of A498 cells in a dose-dependent manner.

Met inhibits the migration and invasion of renal cancer cells

Effect of Met on the expression of cell cycle, metastasis and apoptosis-associated proteins

To investigate the mechanisms underlying the anti-cancer effect of Met, the effect of Met on relevant cell signaling targets was investigated. Following treatment with varying concentrations of Met for 48 h, it was demonstrated using western blot analysis that Met increased the phosphorylation of AMPK in a dose-dependent manner (Fig. 5). Correspondingly, following treatment with Met, the expression of Bcl-2, cyclin D1 and MMP-2 decreased, while the expression of Bax and cleaved PARP increased.

Met is widely used for the treatment of diabetes mellitus (15), however, recent epidemiological and preclinical studies have demonstrated that Met is also a promising anticancer drug (16–18). However, the majority of studies have focused on breast and prostate cancer (16,17,19) and there are few studies examining the role of Met in RCC. In order to gain insight into the possible role of Met in renal cancer, the anti-cancer effects of Met on A498 cells were investigated in the present study.

AMPK is a therapeutic target for metabolic syndrome and type 2 diabetes since its activation stimulates fatty acid oxidation and enhances insulin sensitivity (20,21). AMPK directly activates mammalian target of rapamycin complex 1, p53, fatty acid synthase and other molecules that regulate cell growth and metabolism. A previous study found that Met-induced 786-O cell cycle arrest involved AMPK activation (22). This is consistent with the findings of the present study that AMPK activation is involved in cell cycle arrest induced by Met in A498 cells.

Cell cycle regulation is mainly controlled by cyclin-dependent kinases (23,24). Previous studies have demonstrated the importance of cell cycle deregulation in different types of human cancer (25). High protein expression levels of cyclin D1 are often found in RCCs. Inhibition of cyclin D1 may be a potential molecular target for the control of RCC (26,27). A previous study demonstrated that Met arrested 786-O cells in the G0/G1 phase and found that this was correlated with decreased cyclin D1 expression (22). Similarly, the present study demonstrated that Met regulated the cell cycle of A498 cells by increasing the percentage of cells in the G0/G1 phase with a concurrent decrease in the percentage of cells in the S phase, which correlated with a decrease in the expression of cyclin D1. These results demonstrate that Met may be a potential therapeutic agent for the treatment of RCC.

Apoptosis suppresses proliferation (28) and Bcl-2 family members are known to be important in response to various types of apoptosis, including myocardial apoptosis, endothelial cell apoptosis and cancer cell apoptosis (29–32). Bcl-2 and Bax are recognized as classic factors in the regulation of apoptosis (33–36). Therefore, in the present study, flow cytometric analysis was used to detect the pro-apoptotic effect induced by Met, and the molecular mechanisms by which Met induced apoptosis were examined. Using flow cytometry, it was demonstrated that Met induced apoptosis, which illustrates the inhibitory effect of Met on cell growth and survival. The alterations in the expression of Bcl-2 and Bax in A498 cells treated with Met were then investigated and it was found that Bax expression increased and Bcl-2 expression decreased. These results indicate that Met-induced upregulation of Bax expression and downregulation of Bcl-2 expression may co-operate to induce apoptosis of A498 cells.

MMPs have been demonstrated to be crucial proteinases in the process of invasion and metastasis of RCC (37–39), including proteolytic degradation of the extracellular matrix, alterations in cell-cell extracellular matrix interactions and migration (40). Increased expression of MMP-2 proteins in patients with RCC correlates with a poor prognosis (38). The inhibitory effect of Met on the migration and invasion of A498 cells was investigated using the scratch and transwell assays. Furthermore, the protein expression levels of MMP-2 in A498 cells following treatment with Met were detected and it was found that decreased expression of MMP-2 following Met treatment was associated with the inhibition of migration and invasion in A498 cells.

In conclusion, the present study demonstrated that Met inhibits A498 cell proliferation, induces apoptosis by regulating the expression of Bcl-2 family members and reduces the expression of cyclin D1, which contributes to G1 cell cycle arrest of A498 cells. Furthermore, it was demonstrated that Met inhibits A498 cell migration and invasion by decreasing MMP-2 expression. In combination, these results provide in vitro evidence to support the use of Met as a novel and efficient candidate for the treatment of RCC.

This study was supported by the National Natural Science Foundation of China (grant no. 81172435). 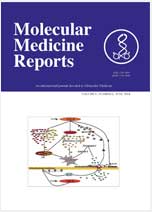