Shikonin, a natural naphthoquinone isolated from a traditional Chinese medicinal herb, has been reported to promote tumor cell death. However, there are few reports concerning its effect on metastasis-related cell invasion and migration behavior. In the present study, we investigated the effect of shikonin on human breast cancer invasion and migration. We found that shikonin inhibited phorbol 12-myristate 13-acetate (PMA)-induced cell migration and invasion in MCF-7 breast cancer cells, which was correlated with modulation of matrix metalloproteinase-9 (MMP-9) through suppression of both expression and proteolytic and promoter activity. We also found that shikonin inhibited both MMP-9 expression and promoter activity in MDA-MB‑231 cells with high metastatic potential. These results indicated that shikonin induces the suppression of migration and invasion through modulation of MMP-9 in human breast cancer cells. Therefore, shikonin may be a potential anticancer drug for human breast cancer therapy.

Breast cancer ranks among the most common malignant tumors afflicting women worldwide (1). Cancer metastasis is the leading cause of mortality in patients with breast cancer; breast cancer survival rates fall from 90% for localized to 20% for metastatic disease. Therefore, controlling metastasis and invasion represents an important therapeutic strategy (2). Metastasis requires that invasive cells detach from localized tumors by degrading the extracellular matrix using proteases, including matrix metalloproteinases (MMPs); survive in the circulation as circulating tumor cells (CTCs); and colonize distant locations. Thus, understanding the molecular mechanisms underlying each of these steps is essential for targeting metastatic cells at an early stage and improving patient survival (3).

MMPs are a family of extracellular matrix (ECM)-degrading enzymes comprising 24 members. Based on their substrates, MMPs are divided into four subclasses: collagenase, gelatinase, stromelysin and membrane-associated (4). As a main ECM-degrading enzyme family, MMPs have essential roles in physiologic processes such as tissue development, remodeling and wound healing (5). However, they are also involved in certain tissue destructive diseases, such as atherosclerosis, inflammation, rheumatoid arthritis, and tumor invasion, metastasis and neoangiogenesis (6). Recent studies have shown that MMPs are important elements of the tumor microenvironment, regulating tumor progression, metastatic niche formation and inflammation in cancer (7). Among human MMPs, MMP-2 (gelatinase-A) and MMP-9 (gelatinase-B) are key enzymes in the degradation of type IV collagen, which is an important component of the ECM. MMP-2 and MMP-9 are the MMP members primarily associated with tumor migration, invasion and metastasis of various types of cancers (8). It has been shown that enhanced expression of MMP-9 is associated with the progression and invasion of tumors, whereas MMP-2 is usually expressed constitutively (9,10). Thus, researchers have focused on discovering inhibitors of MMP activity as a strategy for suppressing tumorigenesis and metastasis.

The invasion of tumor cells was assessed in Transwell chambers. A Transwell membrane (8-μm pore size, 6.5-mm diameter; Corning Costar Corporation) was used. A Transwell membrane coated with Matrigel (100 μg/ml, 100 μl/well) was used for the invasion assay. Cells were seeded onto the upper wells in the presence of different concentrations of shikonin. The bottom chambers of the Transwell were filled with conditioned medium. After incubation for 24 h, cells were fixed, stained and counted under a light microscope.

The MMP activities were assayed as previously described (19). Briefly, 5×105 cells in a 6-well plate were seeded and maintained in serum-free medium for 16–24 h. The conditioned medium was separated on a sodium dodecyl sulfate-polyacrylamide gel electrophoresis gel containing 1 mg/ml gelatin. The gel was washed with buffer I [Tris-HCl (pH 7.5) and 2.5% Triton X-100)], incubated overnight in buffer II [150 mM NaCl, 5 mM CaCl2, 50 mM Tris-HCl (pH 7.6)] at 37°C and stained with Coomassie blue. The clear bands indicate where MMPs degraded gelatin.

Migration was assessed by a wound healing assay. Cells were seeded at 2×104 MCF-7 and MDA-MB-231 cells/well. After scraping the cell monolayer with a sterile micropipette tip, the wells were washed with serum-free medium several times with different concentrations of shikonin. The first image of each scratch was acquired at time zero. At 24 h, each scratch was examined and captured at the same location and the healed area was measured.

The oligonucleotides were labeled with [γ-32P] ATP and incubated with nuclear extracts for 30 min by using the Gel Shift Assay kit (Promega Corp., Madison, WI, USA). The DNA-protein complexes were resolved on non-denaturing and non-reducing 6% acrylamide gels. The probes used for EMSA were as follows. Probe for AP-1, 5′-CGC TTG ATG ACT CAG CCG GAA-3′.

The results are presented as mean ± SE, and statistical comparisons between groups were carried out using one-way ANOVA followed by the Student’s t-test. P≤0.05 was considered to indicate a statistically significant result.

MMP-9 and MMP-2 are important ECM-degrading enzymes that are reported to be involved in cancer cell invasion and metastasis (20). On the basis of these observations and the foregoing data, we examined the effect of shikonin on the expression of both MMP-2 and MMP-9 in MDA-MB-231 cells; we also investigated PMA-induced MMP-9 expression in MCF-7 cells. Following treatment with shikonin, MMP-9 expression in the MDA-MB-231 cells gradually decreased over time at both the mRNA and protein levels (Fig. 2A and B). Shikonin also significantly inhibited PMA-induced expression of both MMP-9 mRNA and protein in the MCF-7 cells. However, neither PMA nor shikonin treatment affected MMP-2 mRNA or protein expression (Fig. 2A and B). We next examined MMP-2 and MMP-9 secretion and activity using gelatin zymography and enzyme-linked immunosorbent assays (ELISAs), respectively. MMP-9 secretion measured in the MDA-MB-231 cell-conditioned medium was significantly reduced by shikonin (Fig. 2C and D). Similarly, shikonin inhibited PMA-induced MMP-9 activity in the MCF-7 cells. These results indicate that shikonin is involved in the regulation of proteolytic activity as well as expression of MMP-9.

To explain the molecular mechanism underlying the inhibitory effects of shikonin on MMP-9 expression, we investigated the possible regulation of MMP-9 at the transcriptional level. The MMP-9 promoter contains two AP-1 binding sites and a nuclear factor (NF)-κB binding site, and it has been shown that NF-κB and AP-1 play critical roles in regulating basal and cytokine-induced MMP-9 expression in many cancer cell lines (19). Therefore, we examined whether shikonin inhibits MMP-9 expression through an effect on NF-κB or AP-1 binding sites in the MMP-9 promoter. Human breast cancer cells, MDA-MB-231 and MCF-7, were transiently transfected with the MMP-9 promoter construct. As shown in Fig. 3A, MMP-9 promoter activity was decreased in a dose-dependent manner following shikonin treatment in MDA-MB-231 cells. We also, confirmed that the MMP-9 promoter was activated up to ~10-fold in the PMA-treated MCF-7 cells. Shikonin showed a dose-dependent inhibition of PMA-induced MMP-9 promoter activity in the MCF-7 cells (Fig. 3D). Next, we examined whether shikonin affects the transcriptional activity of NF-κB and AP-1, critical modulators of MMP-9 activity. MDA-MB-231 cells were transiently transfected with AP-1 report vectors and then treatment of shikonin was carried out at different doses. As shown in Fig. 3C, AP-1 promoter activity was significantly reduced in the range of 1–5 mM of shikonin. In addition, MCF-7 cells were transiently transfected with reporter vectors containing tandem repeats of the AP-1 binding site to confirm the specificity of the shikonin-mediated inhibitory effect on AP-1. Treatment with PMA led to an ~7-fold increase in AP-1 promoter activity; notably, this stimulatory effect of PMA was significantly reduced by treatment with shikonin (Fig. 3F). However, NF-κB promoter activity exhibited significant change in the MDA-MB-231 and MCF-7 cells (Fig. 3B and E). These results suggest that shikonin inhibits MMP-9 activity through suppression of AP-1-mediated MMP-9 transcription in breast cancer cells.

Next, we examined whether shikonin inhibits the transcriptional binding activity of AP-1 to its DNA motifs in MDA-MB-231 cells using electrophoretic gel mobility shift assay (EMSA). MDA-MB-231 cells were treated with different dose of shikonin for 24 h and nuclear extracts were prepared. As shown in Fig. 4A, shikonin significantly decreased AP-1 DNA binding activity. Subsequently, we examined whether the subunit of AP-1 transcription factor is regulated by shikonin. Expression levels of c-Fos and c-Jun, subunits of AP-1, were significantly reduced by shikonin treatment (Fig. 4C). Similar results were observed in MCF-7 cells. MCF-7 cells were pretreated with different concentrations of shikonin with 100 nM PMA. Then, nuclear extracts were prepared and analyzed for AP-1 DNA binding activities. As shown in Fig. 4B, shikonin significantly decreased PMA-induced AP-1 DNA binding ability. To determine which subunit of the AP-1 transcription factor is regulated by shikonin, we examined the expression levels of c-Fos and c-Jun following shikonin treatment. Our data showed that shikonin significantly reduced PMA-induced c-Jun and c-Fos expression but had little effect on the expression of p65 in the western blot assays (Fig. 4D). These results suggest that shikonin inhibits AP-1 transcription activity by suppressing its subunit expression.

Members of the MMP family, in particular, MMP-9, are associated with regulation of cancer cell invasion and metastasis, the most insidious and life-threating aspects of cancer (21,22). Therefore, the development of compounds capable of inhibiting MMP-9 could prove invaluable in the treatment of breast cancer patients. Shikonin has previously been shown to possess antiproliferative and pro-apoptotic activity in a number of tumor cells, but there is little information concerning its effects on tumor invasion (23). In the present study, we showed that shikonin effectively inhibited the migration and invasion of human breast cancer cells. We also found that shikonin inhibited the expression of MMP-9 in breast cancer cells, thereby reducing its proteolytic activity. These data suggest that shikonin suppresses the metastatic phenotype of human breast cancer cells via downregulation of MMP-9 expression. Previous studies have reported that the MMP-9 promoter contains a number of transcription factor-binding motifs, including those for NF-κB and AP-1 (24). The activity of the MMP-9 promoter is induced by AP-1 and/or NF-κB (25,26), which are two key transcription factors involved in the regulation of MMP-9 gene expression (24). Regulation of these transcription factors is also critically involved in the process of tumor metastasis. AP-1 is composed of members of the c-Jun and c-Fos families (27–29). Upon activation of AP-1, they associate to form a variety of homodimers and heterodimers that localize to the nucleus and regulate gene expression. Our results showed that shikonin decreased nuclear c-Fos and c-Jun, without affecting p65. These data suggest that the inhibitory effect of shikonin on AP-1 is responsible for shikonin-induced inhibition of MMP-9 expression/activity, and subsequent suppression of invasion.

In summary, we demonstrated that shikonin inhibits human breast cancer cell migration and invasion by suppressing MMP-9 activity by blocking the activation of AP-1 transcription factors. Therefore, we conclude that shikonin is a potential therapeutic agent that may be valuable in preventing the metastasis of several types of human cancers, including breast cancer.

This research was supported by the grant from Basic Science Research Program through the National Research Foundation of Korea grant funded by the Ministry of Education, Science, and Technology of the Korea government (2011-0010430). 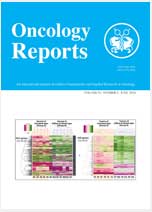