Thalidomide (THD) has been found to synergize with cisplatin (DDP) in certain types of cancers; however, their combined use in the treatment of cervical cancer has not been reported to date, at least to the best of our knowledge. Thus, the present study aimed to explore the synergistic effects of THD and DDP and determine their regulatory effects on the phosphoinositide 3‑kinase (PI3K)/protein kinase B (AKT) and Janus kinase 1 (JAK1)/signal transducer and activator of transcription 3 (STAT3) pathways in cervical cancer. For this purpose, 0‑160 µM THD and 0‑64 µM DDP monotherapy or in combination were used to treat the HeLa and SiHa cervical cancer cell lines. This was followed by the calculation of the combination index (CI) and 160 µM THD and 16 µM DDP were then used to treat the cells. Relative cell viability and apoptosis, as well as the mRNA and protein levels of PI3K, AKT, JAK1 and STAT3 were evaluated. The results revealed that THD and DDP monotherapy suppressed the viability of the HeLa and SiHa cells in a concentration‑dependent manner. Moreover, THD and DDP treatment exerted a more prominent suppressive effect on the relative viability of HeLa and SiHa cells compared with DDP monotherapy at several concentration settings; further CI calculation revealed that the optimal synergistic concentrations were 160 µM for THD and 16 µM for DDP. Subsequently, combined treatment with THD and DDP suppressed relative cell viability, whereas it promoted cell apoptosis compared with THD or DPP monotherapy; it also inhibited the PI3K/AKT and JAK1/STAT3 signaling pathways compared with DPP or THD monotherapy in both HeLa and SiHa cells. On the whole, the present study demonstrated that THD synergizes with DDP to exert suppressive effects on cervical cancer cell lines. This synergistic action also inactivated the PI3K/AKT and JAK1/STAT3 pathways. Thus, these findings suggest that the combined use of THD and DPP may have potential for use in the treatment of cervical cancer. 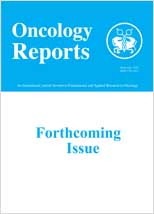