Polychlorinated biphenyls (PCBs) are persistent organic pollutants that affect embryonic development. The purpose of this study was to examine the effects of embryonic exposure to PCBs on early skeletal development in zebraﬁsh (Danio rerio). Zebraﬁsh embryos were immediately exposed to various concentrations (0, 0.125, 0.25, 0.5 and 1.0 mg/l) of PCBs (Aroclor 1254) after fertilization. Embryos were assessed at 24, 48, 72, 96 and 120 h post-fertilization (hpf) for changes in embryonic survival and malformation rates. Calcium content and vitamin D receptor (VDR), parathyroid hormone (PTH) and TRVP6 mRNA expressions were assessed at 120 hpf. The results showed that PCBs exposure decreased the survival rate of the embryos in a time-and dose-dependent manner. The embryos exposed to the higher concentrations of PCBs (0.5 and 1.0 mg/l) displayed obvious skeletal morphological deformities. At 120 hpf, the calcium content of the zebraﬁsh was downregulated in all the PCB-treated groups. VDR, PTH and TRVP6 mRNA expressions were all affected by PCBs. By 120 hpf, the mRNA expressions of VDR, PTH and TRVP6 from the PCB-treated larvae were all upregulated. The expressions of PTH and TRVP6 positively correlated with the level of PCBs to which the embryos were exposed. These results suggest that embryonic exposure to PCBs induces developmental deﬁcits in the zebraﬁsh skeleton. 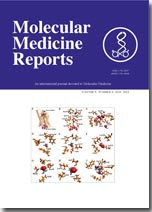