Nuclear factor (NF)-κB is the key transcription factor involved in the inflammatory responses, and its activation aggravates tumors. Peptidoglycan (PGN), a main cell wall component of Gram-positive bacteria, stimulates Toll-like receptor 2 (TLR-2) and activates a number of inflammatory pathways, including NF-κB. Cannabinoids have been reported to exert anti-inflammatory and antitumor effects. The mechanisms underlying these actions, however, are largely unknown. The purpose of this study was to investigate whether cannabinoids can suppress the PGN-induced activation of NF-κB and cell growth via cannabinoid receptors in U87MG human malignant glioma cells. PGN treatment induced the phosphorylation of NF-κB and cell proliferation in a concentration-dependent manner. The main endocannabinoid, 2-arachidonoylglycerol, prevented the PGN-induced phosphorylation of NF-κB, which was reversed by the CB1 cannabinoid receptor antagonist, AM281. The synthetic cannabinoid, WIN55,212-2, abolished the PGN-activated cell growth, and this effect was reversed by AM281. The preferential expression of CB1 rather than CB2 receptors in these cells was confirmed by reverse transcription-mediated polymerase chain reaction experiments and the observation that the WIN55,212-2-induced morphological changes were completely reversed by AM281 but not by the CB2 antagonist, AM630. Our finding that cannabinoids suppress the NF-κB inflammatory pathway and cell growth via CB1 receptors in glioma cells provides evidence for the therapeutic potential of targeting cannabinoid receptors for the treatment of inflammation-dependent tumor progression.

Bacteria stimulate the innate host immune system and lead to the release of inflammatory molecules such as cytokines and chemokines. Lipopolysaccharide (LPS) and peptidoglycan (PGN) are the main cell wall components of Gram-negative and Gram-positive bacteria, respectively. LPS and PGN stimulate different Toll-like receptors (TLRs), TLR-4 and TLR-2 respectively, and activate a number of inflammatory pathways, including the transcription factor, nuclear factor (NF)-κB (1,2). NF-κB is the key transcription factor involved in the inflammatory responses, and also plays a critical role in tumor cell survival, growth and migration. Many of the signal pathways implicated in tumors converge to the NF-κB signal. Its activation aggravates tumors, while its suppression inhibits tumor cell growth (3–5). Therefore, the NF-κB signaling pathway has emerged as one of the attractive targets for the treatment of many types of tumor, including glioblastoma (6).

The endocannabinoid system, consisting of two types of G-protein-coupled cannabinoid receptors (CB1 and CB2) and their endogenous ligands (endocannabinoids) (7), has been implicated in a variety of physiological and pathological conditions, including inflammation and tumor progression. The CB1 receptor is abundantly expressed in the CNS, while the CB2 receptor is predominantly expressed by immune cells. Endogenous and exogenous cannabinoids exert anti-inflammatory and antitumor effects (8–10). However, the precise mechanisms underlying these actions are not yet fully understood.

In the present study, we examined effects of cannabinoids on PGN-induced NF-κB activation and cell growth using U87MG human malignant glioma cells. We demonstrate that cannabinoids suppress the PGN-induced phosphorylation of NF-κB and cell growth in a CB1-dependent manner. Our findings provide a mechanistic basis for opening up new therapeutic approaches of treating or preventing brain tumors aggravated by inflammation.

U87MG human malignant glioma cells were provided by Dr Nakata. The cells were maintained in DMEM containing 10% FBS at 37°C in a 5% CO2 incubator.

To determine the effect of 2-AG on NF-κB activity, we investigated the phospho-NF-κB level using western blot analyses. An increase in the phospho-NF-κB level indicates the NF-κB activation levels. The U87MG human malignant glioma cells were incubated in DMEM containing serum for 24 h and pre-treated with 2-AG (1 μM) for 10 min, and then treated with PGN (1–30 μg/ml) for 16 h. Western blot analyses were performed using phospho-NF-κB p65 (Ser536) antibody and anti-β-actin antibody.

To evaluate the expression patterns of CB1 and CB2 mRNA in the cells, RT-PCR was performed as follows: briefly, RNA was extracted from the cells and reverse transcribed by using reverse transcriptase ReverTra Ace (Toyobo, Tokyo, Japan). PCR-based subtype-specific gene amplification for CB1, CB2 and β-actin was performed with LA Taq (Takara, Tokyo, Japan) using the following sets of primers: 5′-caggcctt cctaccacttcat-3′ and 5′-accccacccagtttgaacaga-3′ for CB1, 5′-aagccctcgtacctgttcat-3′ and 5′-acagaggctgtgaaggtcat-3′ for CB2, and 5′-atggtgggtatgggtcagaag-3′ and 5′-ctggggtgttgaagg tctcaa-3′ for β-actin.

Cell proliferation was analyzed using the Cell Counting kit 8 (Wako Pure Chemical Industries, Ltd.). U87MG human malignant glioma cells were seeded in 96-well plates at a density of 1×103 cells/well. After a 24-h incubation, the cells were treated with PGN, WIN55,212-2 or AM281 for 72 h. The cells were then incubated with 10 μl WST-8 for 2 h. The absorbance of the colored formazan product produced by mitochondrial dehydrogenases in metabolically active cells was recorded at 450 nm as the background value. Cell proliferation was expressed as a percentage of the absorbance obtained in the treated wells relative to that in the untreated (control) wells.

Data are presented as the means ± SEM from at least three independent experiments. Statistical analyses were performed using ANOVA followed by Dunnett’s test and the results were considered statistically significant when P<0.01.

First, we examined effects of PGN, a major cell wall component of Gram-positive bacteria, on NF-κB activation and cell growth. As shown in Fig. 1A, PGN (1–30 μg/ml) increased the level of phospho-NF-κB (p65) in a concentration-dependent manner, indicating that PGN activates the NF-κB signaling pathways in U87MG human glioblastoma cells. PGN also accelerated the cell growth of these cells in a concentration-dependent manner (Fig. 1B).

To examine whether cannabinoid receptors are involved in the inhibitory effect of 2-AG, we first examined the expression of CB1 and CB2 mRNAs in U87MG glioblastoma cells using RT-PCR. The CB1 receptor expression was detectable in these cells, but CB2 receptor expression was below the limit of detection (Fig. 3A). We then examined effects of the CB1 receptor antagonist, AM281, and found that AM281 (1 μM) reversed the suppressive effect of 2-AG on PGN-induced NF-κB phosphorylation (Fig. 3B). These results indicate that CB1 receptors are involved in the effects of 2-AG on the NF-κB signaling pathway.

To further confirm the presence of functional CB1 receptors in U87MG cells, we examined effect of cannabinoid receptor antagonists on cannabinoid-induced morphological changes. Cell morphology was assessed after a 72-h treatment with drugs. Due to the long incubation time, we used the cannabinoid agonist, WIN55,212-2, instead of 2-AG, which is easily degraded by endogenous enzymes, such as monoacylglycerol lipase. Microscopic analysis showed that treatment with WIN55,212-2 (1 μM) affected the cell morphology and increased the number of shrunken cells (Fig. 4A). The CB1 antagonist, AM281 (1 μM), but not the CB2 antagonist, AM630 (1 μM), prevented the WIN55,212-2-induced morphological change (Fig. 4). These results indicate that functional CB1 receptors are expressed in U87MG cells, consistent with the above observation (Fig. 3).

Several lines of evidence have shown that cannabinoids exert a variety of physiological and pharmacological effects (7,8,12). Notably, cannabinoids inhibit tumor growth and have been proposed as potential antitumor agents (8,13,14). However, the mechanisms by which cannabinoids prevent tumor progression are not yet fully understood. Our data suggest the possibility that the antitumor and protective action of cannabinoids against PGN-induced inflammatory assaults might be associated with their ability to suppress the phosphorylation of NF-κB via CB1 receptor signaling.

PGN is a characteristic cell-wall component of Gram-positive bacteria that can stimulate inflammatory signaling in several types of cells. In the present study, we found that PGN potently induced NF-κB phosphorylation in human glioma cells (Fig. 1A) and enhanced cell growth (Fig. 1B). The NF-κB signal is involved in a variety of physiological and pathological events, including inflammation, immune responses and apoptosis. Over the last decade, it has become clear that the NF-κB signaling pathway also plays a critical role in cancer development and progression (4,5,15,16). The activation of NF-κB has been reported in a wide variety of tumor cells (16). The results from our study showed that 2-AG, one of the endocannabinoids, had an inhibitory effect on PGN-induced NF-κB phosphorylation (Figs. 2 and 3B), suggesting that cannabinoids prevent tumor progression during inflammation. Indeed, the cannabinoid agonist, WIN-55212-2, abolished PGN-induced cell proliferation (Fig. 5B). These results suggest the therapeutic potential of cannabinoids in inflammation-dependent tumor progression.

TLRs have been established to play an essential role in the activation of innate immunity by recognizing specific patterns of microbial components, such as PGN, LPS, flagellin, CpG DNA and dsRNA derived from viral sequences (1). LPS, an essential component of the cell wall of Gram-negative bacteria, activates the NF-κB signaling pathway through TLR-4. The effects of cannabinoids on the LPS-induced activation of the NF-κB signaling pathway have been investigated in a number of cell types. The prototypic cannabinoid, Δ9-tetrahydrocannabinol (THC), has been shown to inhibit LPS-induced NF-κB activation in the macrophage cell line, RAW264.7, that expresses CB2 receptors (17), but not in the microglial cell line, BV-2, that also expresses CB2 (18). In hippocampal tissue, including both neurons and glial cells, 2-AG inhibits LPS-induced phosphorylation of NF-κB via CB1 receptors (19). The present study demonstrates that cannabinoids also inhibit the NF-κB activation induced by the TLR-2 agonist, PGN, through a mechanism involving CB1 receptors (Figs. 2 and 3). Since the TLR-2 and TLR-4 signaling pathways for the activation of NF-κB are shared by other TLRs (1), it is likely that the TLR-mediated NF-κB activation may generally be sensitive to cannabinoids. The mechanisms underlying the suppression of NF-κB activation by cannabinoids are not yet fully understood. A recent study demonstrated that the effect of 2-AG on LPS-induced NF-κB phosphorylation is mediated by peroxisome proliferator-activated receptor-γ in hippocampal neurons (20). Further studies are required to determine the molecular mechanisms involved.

In conclusion, in this study, we demonstrate that cannabinoids prevent PGN-induced pathological signal transduction and cell proliferation in U87MG human malignant glioma cells. Our results provide evidence for the possibility of cannabinoids as a new therapeutic approach for inflammation-dependent tumor progression.

This study was supported in part by Grants-in-Aid for Science and Culture from the Ministry of Education, Culture, Sports, Science and Technology of Japan. 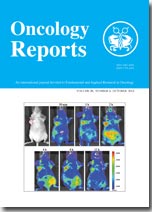